Two employees within the ambulance service tested positive recently, which has added additional pressure to their operations. 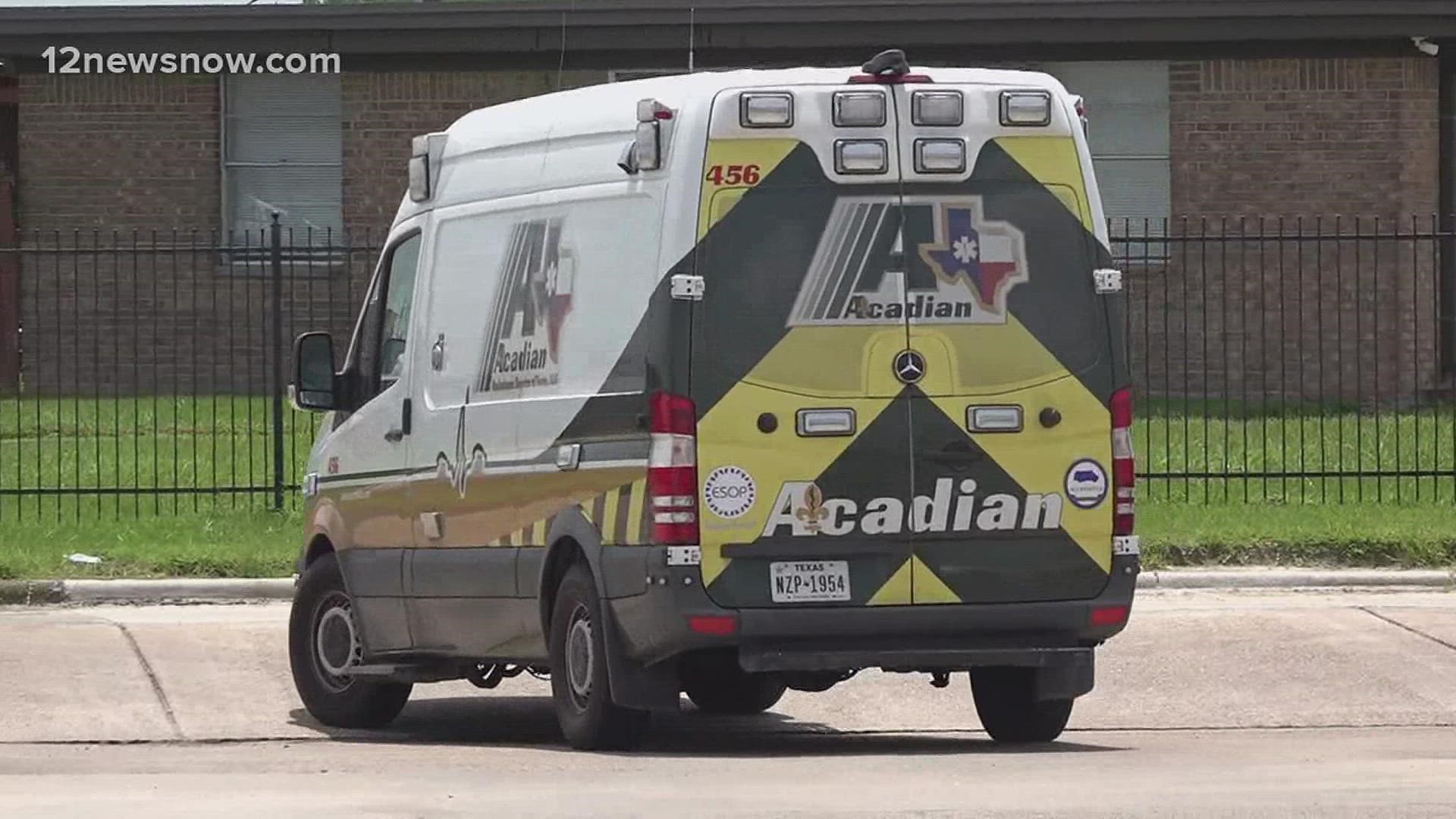 BEAUMONT, Texas — We continue to see COVID-19 cases on the rise in Southeast Texas, and the surge is putting an additional strain on local hospitals as well as ambulance services.

Eddie Burleigh with the Acadian Ambulance service said they've had to transport patients to hospitals in areas outside Southeast Texas.

"All of our facilities here are full and even Houston's getting full, and they're not accepting them, so we're transferring them further out than we normally do just to find places for these patients to get that higher level of care or to get a room," Burleigh said.

They're seeing a 15 percent increase in the number of patients they're transporting every day with most of them sick with COVID-19, Burleigh said.

Two employees within the ambulance service tested positive recently, which has added additional pressure to their operations, according to Burleigh.

First responders aren't the only ones feeling the added stress of the latest rise in COVID-19 cases.

"It's all been taxing on him more than anybody," mother Brandi Proffitt said.

Proffitt said her son James was diagnosed with a ruptured appendix earlier this week while undergoing a cat scan at a Beaumont Urgent Care Clinic.

He needed to be operated on immediately but every hospital she called in Southeast Texas said they were diverting patients.

"All of the big ones in and around Houston they called. They called Baytown, they called League City," Proffitt said.

And no luck, so Proffitt said they had to go north.

"So I said start calling Lufkin, Tyler, Nacogdoches, you know, where it's not as populated," Proffitt said.

Proffitt finally found a surgeon in Lufkin who could accommodate James.

Burleigh said the amount of COVID-19 patients they've transported has doubled in the last week.

"We're seeing patients who are a lot younger than they were in the first waves of COVID," Burleigh said.

Burleigh said the ambulance service is stretched thin right now and they've had to transport people as far as Corpus Christi due to local hospitals running out of beds.

"We're transferring them further out than we normally do just to find places for these patients to get that higher level of care," Burleigh said.

Meanwhile, Proffitt is asking herself "what if," as far as the timing of her son's surgery.

"It's just horrible the timing, you know, if it had been a week ago it would've been a completely different situation," Proffitt said.

Burleigh encourages unvaccinated people to get the shot not just to protect themselves, but also to alleviate the stresses local hospitals and paramedics are facing.