The cafe owner welcomes people who may not like the name and just wants people to come inside and enjoy something as simple as a conversation. 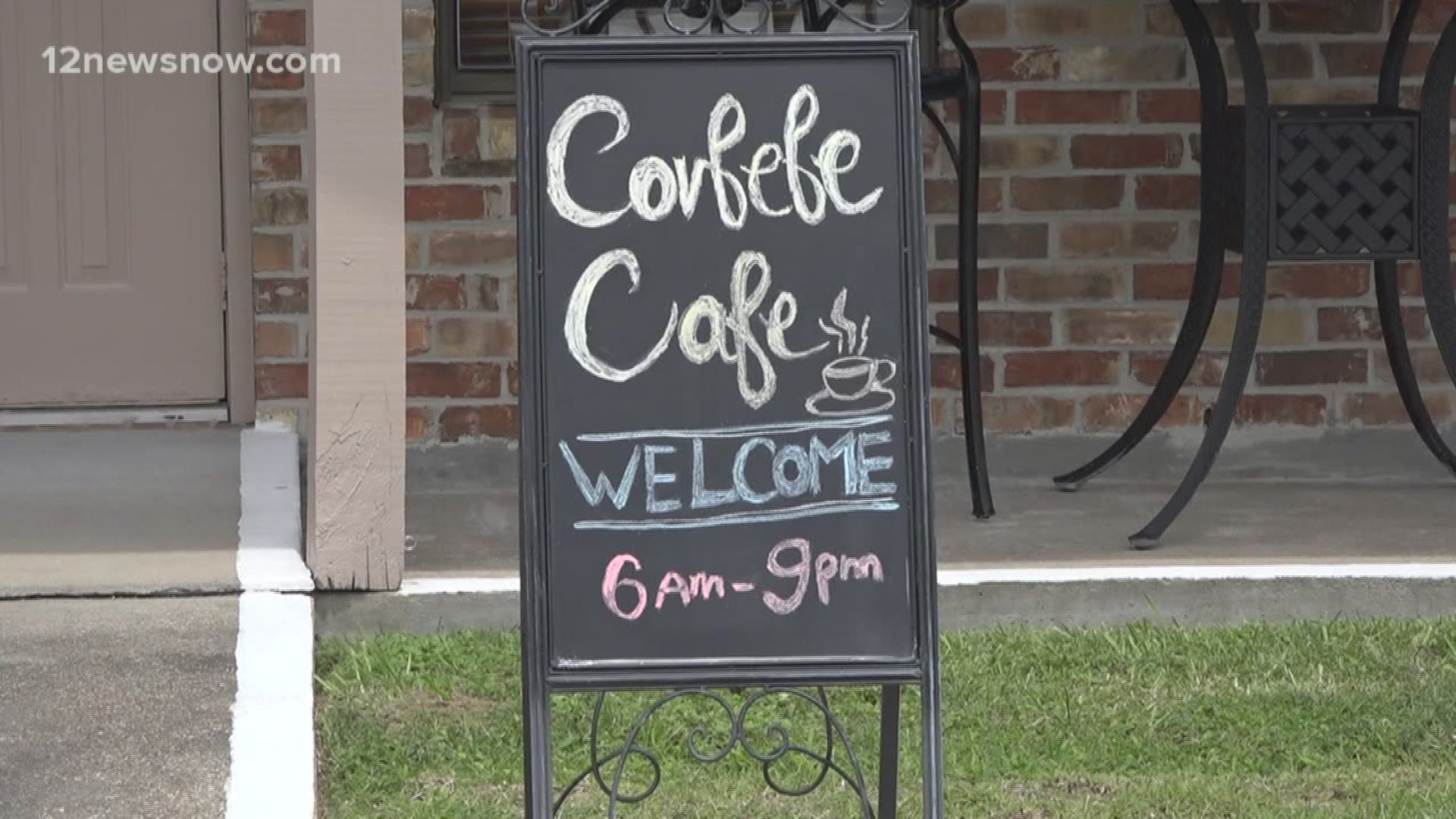 PORT NECHES, Texas — There is more than just coffee brewing at a Port Neches coffee cafe.

"Covfefe Cafe" is causing some buzz on social media.

Its owner, Jorg Kitchen, said he picked the name to start up conversations.

"It's an interesting talking point. People are like 'how did you get that name?' and that's kind of where it came from," said Kitchen.

The cafe is located in the 3100 block of Saba Lane in Port Neches.

It is named after that famous 'Covfefe' tweet from President Donald Trump.

RELATED: 'I hear covfefe': President Trump weighs in on 'yanny' and 'laurel'

Two years ago when President Trump meant to type coverage, he instead wrote 'covfefe.'

People living in Port Neches are on the fence about the new cafe, but say they'll support the local business.

"I am going to try it because I love Vietnamese coffee and they have that there," said Alexandra Huff.

Thomas Minter said, "We don't have anything on this part of town like that. It should go well."

Covfefe Cafe is family owned. Kitchen is a veteran and fought in the Bosnian War.

He has a table setup inside to pay tribute to honor fallen soldiers and his late mother.

"We want to keep the memory alive of those who never came back. So we don't want to forget," said Kitchen.

The cafe owner welcomes people who may not like the name and just wants people to come inside and enjoy something as simple as a conversation.

The cafe is open 6 a.m. to 9 p.m. The cafe's menu and phone number can be found on its Facebook page.

The owner is currently working on perfecting the menu and wants feedback from the public on what they would like to see in the cafe.