Areas along I-10 have a history of flooding, making both directions impassable for drivers desperate to get out of the area safely. 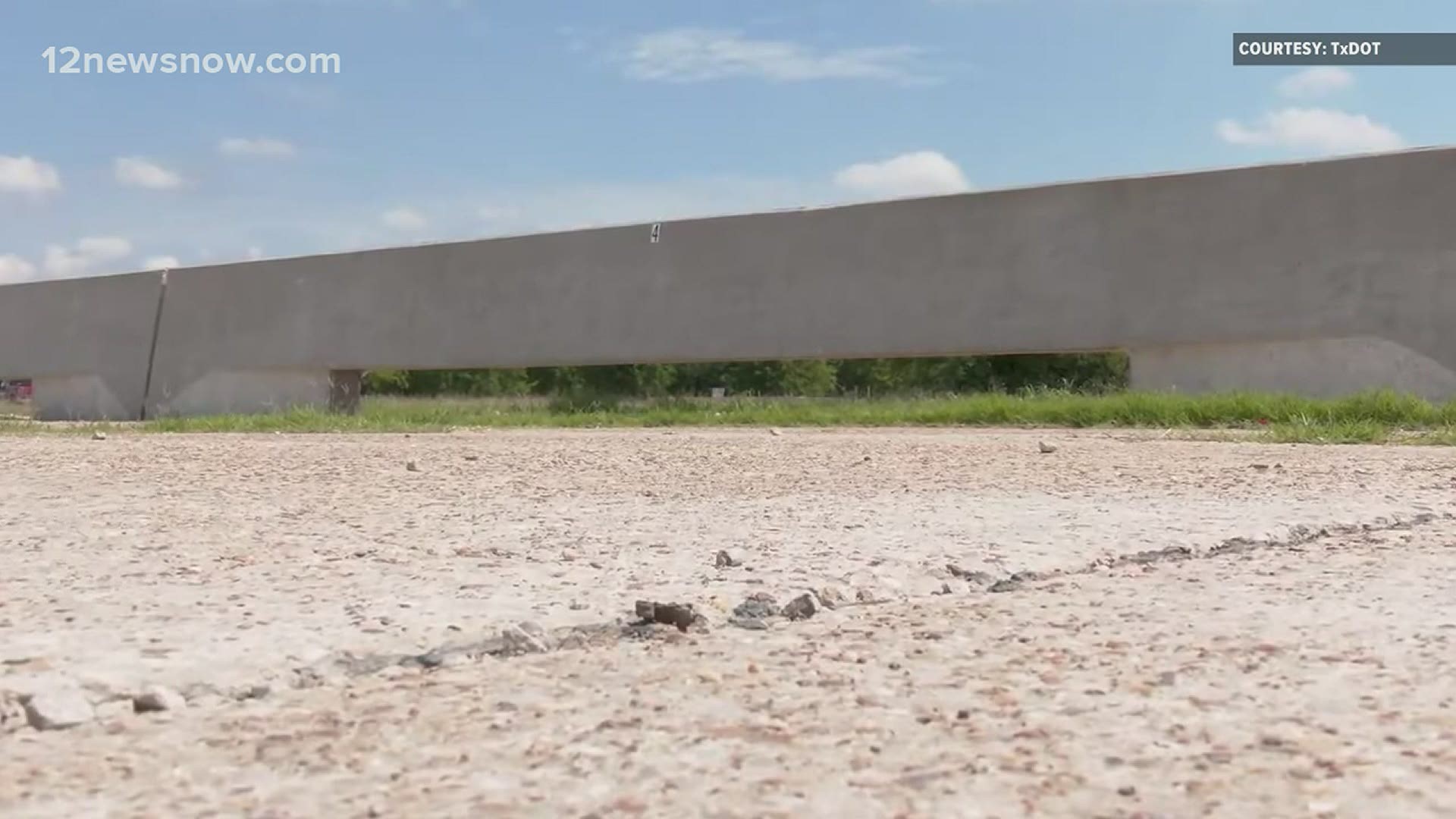 BEAUMONT, Texas — If you hit traffic on Interstate 10 in Chambers County, you can thank the hurricanes. There's not one in the Gulf of Mexico right now, but crews with the Texas Department of Public Safety are already preparing.

The department of transportation doesn't want drivers to experience the same issues that we did during Harvey and Imelda. If you remember, I-10 flooded in both directions making the interstate impassable for drivers desperate to get out of the area safely.

Ragle Construction is working with TxDOT to install new flood prone medians along I-10 in Chambers and Orange counties. Construction on the new medians began last night at 14 different locations in Chambers County. On Wednesday, crews were working from Oak Island Road to FM 1406.

Some Southeast Texans say the memories of being stuck still haunt them.

Sixty inches of rain fell during Harvey and 44 inches during Imelda. The water rose so fast that it trapped people in their cars on I-10.

“We have a pretty long driveway, a couple of yards, so we were having to wade through water trying to get out,” Jared LaCombe, a Chambers County resident, said.

“We lost our car and her family was down. They lost their cars, so in total we lost three vehicles,” LaCombe said

Concrete barriers are known for keeping motorists safe on highways, but it does the opposite during major flood events when the barriers can act as dams.

“It's been something that's been brought up several times by stakeholders just out of an abundance of caution as a proactive measure for any kind of future extreme flood event this is being done,” TxDOT representative Sarah Dupre told 12News.

That's why TxDOT has developed a new design, a way for the water to escape and hopefully not rise as fast.

“Well, this is still a concrete barrier but it does have a rectangular type portion that has been carved out that would allow water to flow through,” Dupre said.

Because of the horrors LaCombe and his wife faced during Imelda, he is still skeptical about the new barriers being installed.

“I'm glad their taking a step forward. It's hard to trust them, but we'll see how things go,” LaCombe said.

The $2.8 million project is expected to be completed by the end of October this 2021.

Construction in Orange County will begin in the upcoming months.