For ten months, the community rallied around Guidry as he fought a brave battle. Now, his family and friends are preparing to say goodbye and reflect on his legacy. 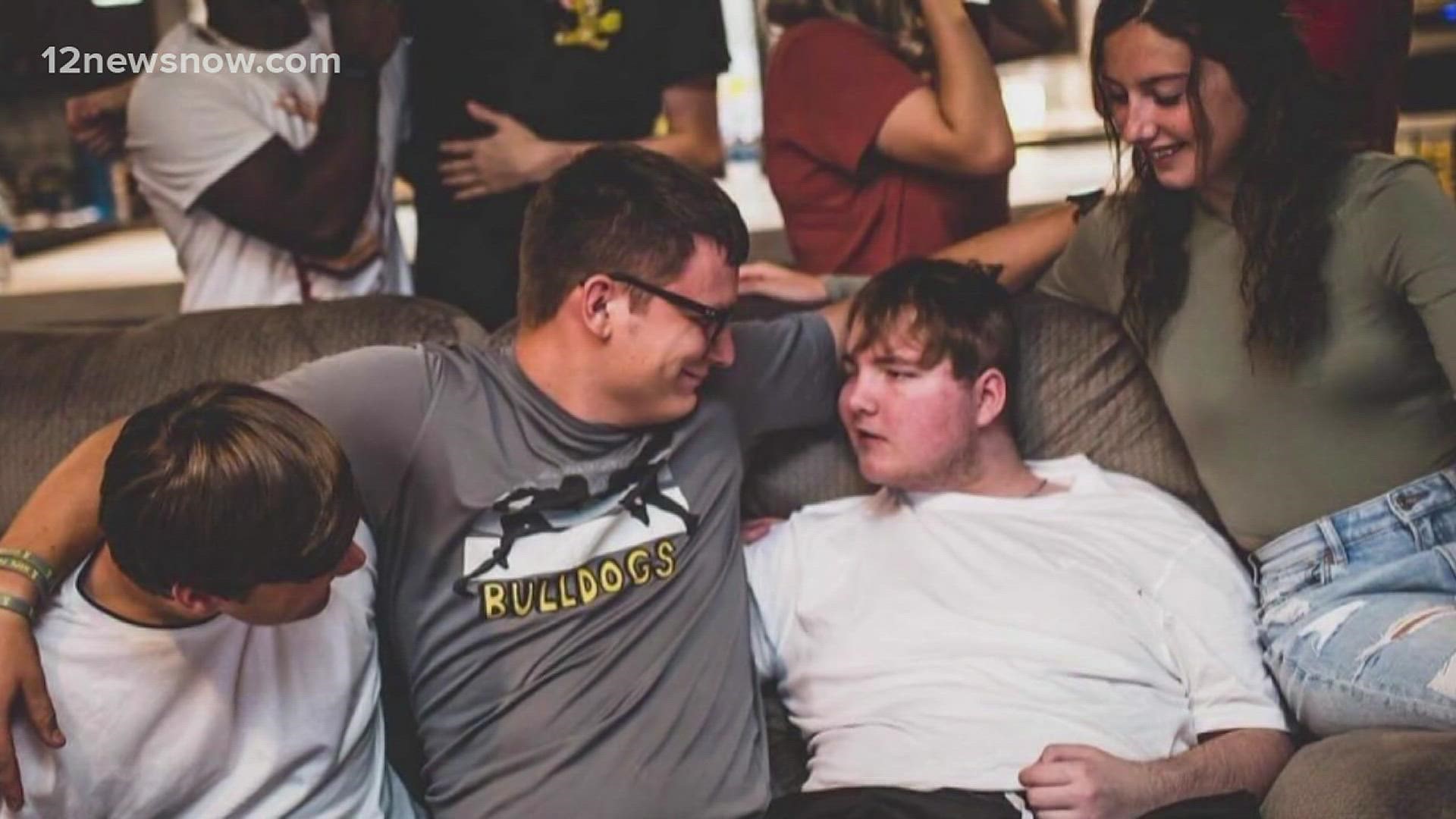 NEDERLAND, Texas — Hearts are hurting in Nederland as the community is mourning the loss of one of their own. 17-year-old Hunter Guidry died this week after battling a rare brain cancer.

For ten months, the community rallied around Guidry as he fought a brave battle. Now, his family and friends are preparing to say goodbye and reflect on his legacy.

“I know we’ll all miss him a lot, it’s gonna be hard, but I know he doesn’t have any more pain," said girlfriend Karen Baur.

Fighting back tears, Baur's heart is heavy. She lost her boyfriend Wednesday.

Guidry bravely fought glioblastoma, which is an incurable brain cancer. Baur was with him in those final moments of that fight.

“I’m going to miss his personality. Somebody to talk to about anything and everything. I’m just gonna miss his voice," Baur said.

Family friend Carrie Hackbarth said Guidry was witty and caring. It was his one-of-a-kind personality that drew her son to become Hunter's best friend.

"Him and my son would make these hilarious videos, and Hunter would come to my house and like, eat all the snacks and blame it on Carter,” Hackbarth said. “I had to have breakfast bowls in my freezer because  during the night, he'd eat about three of them."

When Guidry got sick, the community came together. Strangers and business owners rallied around him to show their support.

Zaza's Boutique owner in Nederland, Vanessa Broussard, was one of the small business owners to help raise money to help Guidry fight his cancer.

"The entire community prayed for the best outcome against this monstrous, aggressive form of cancer,” Broussard said. “Although this is not the outcome we had hoped for, we know Hunter is in a better place. Our thoughts and prayers continue for Hunter's family and friends."

Hackbarth said in those final moments, she will never forget the love that was in the room as they said goodbye to Guidry.

"It was very peaceful,” Hackbarth said. “It was, it was a beautiful moment, I mean, it was heartbreaking and beautiful at the same time because he isn't suffering anymore. He fought really hard till the end.”