Patients describe him as an old school doctor who had a way of making his patients feel like family. 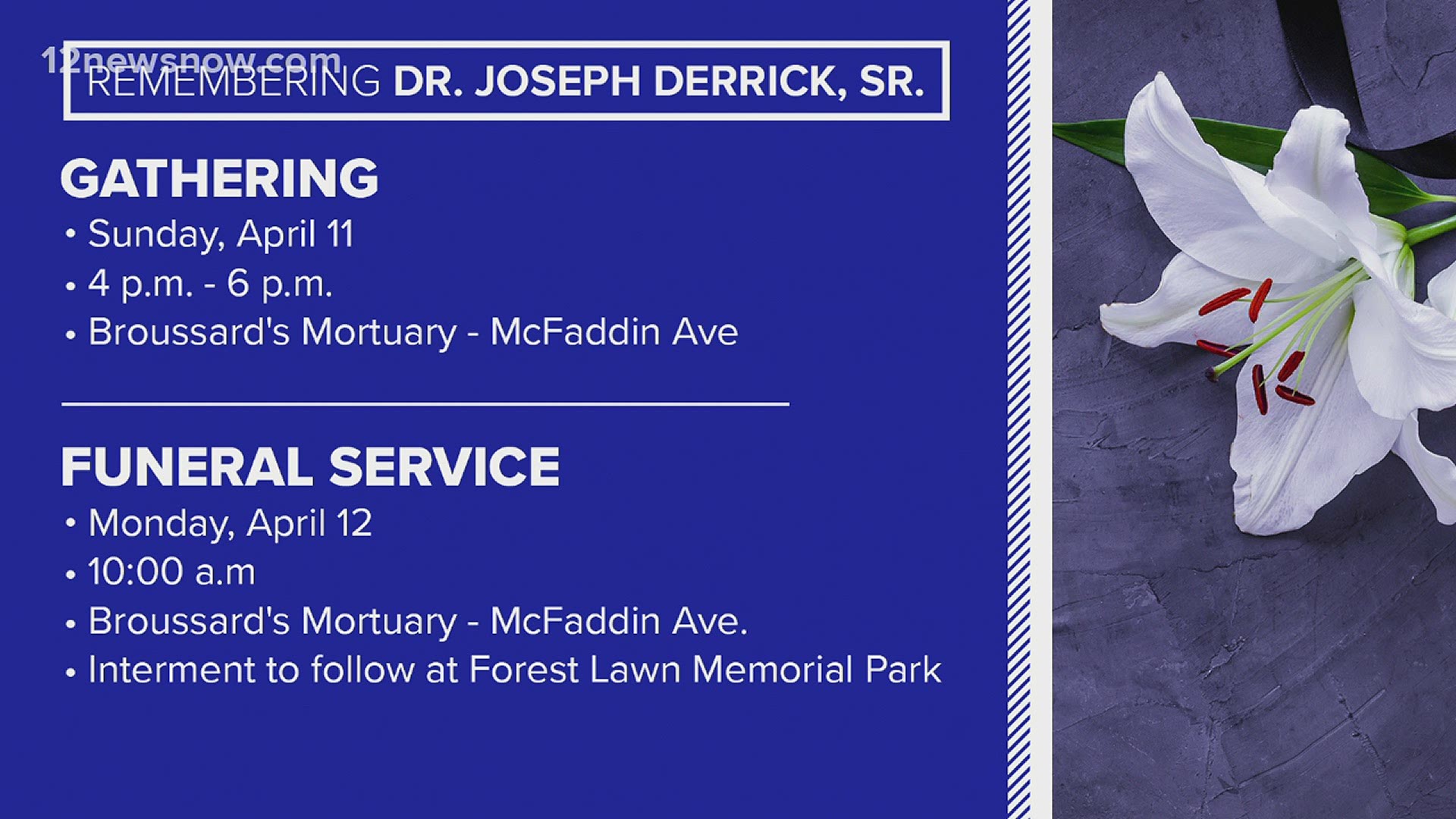 BEAUMONT, Texas — The Southeast Texas medical community is mourning the loss of a longtime Beaumont doctor, Joseph Derrick Sr., MD. On Wednesday, he passed away at age 93.

He served the community as a pediatric doctor for nearly 60 years.

During Dr. Derrick’s career he worked at several hospitals across Southeast Texas.

Patients describe him as an old school doctor who had a way of making his patients feel like family.

The Port Neches native retired in 2014, but according to his obituary, he remained an influential member of the community inspiring the next generations of doctors.

"It's a big loss for everyone. He was a gem. He was one of kind. You don't see doctors like him. He loved his community, and it shined in the way he practiced and the way he took care of his family and we're all gonna miss him so much," said Dr. Ramona Ataya Dakour.

Funeral arrangements are being handled by Broussard’s Mortuary. A service is scheduled for Monday, April 12 at 10 a.m.