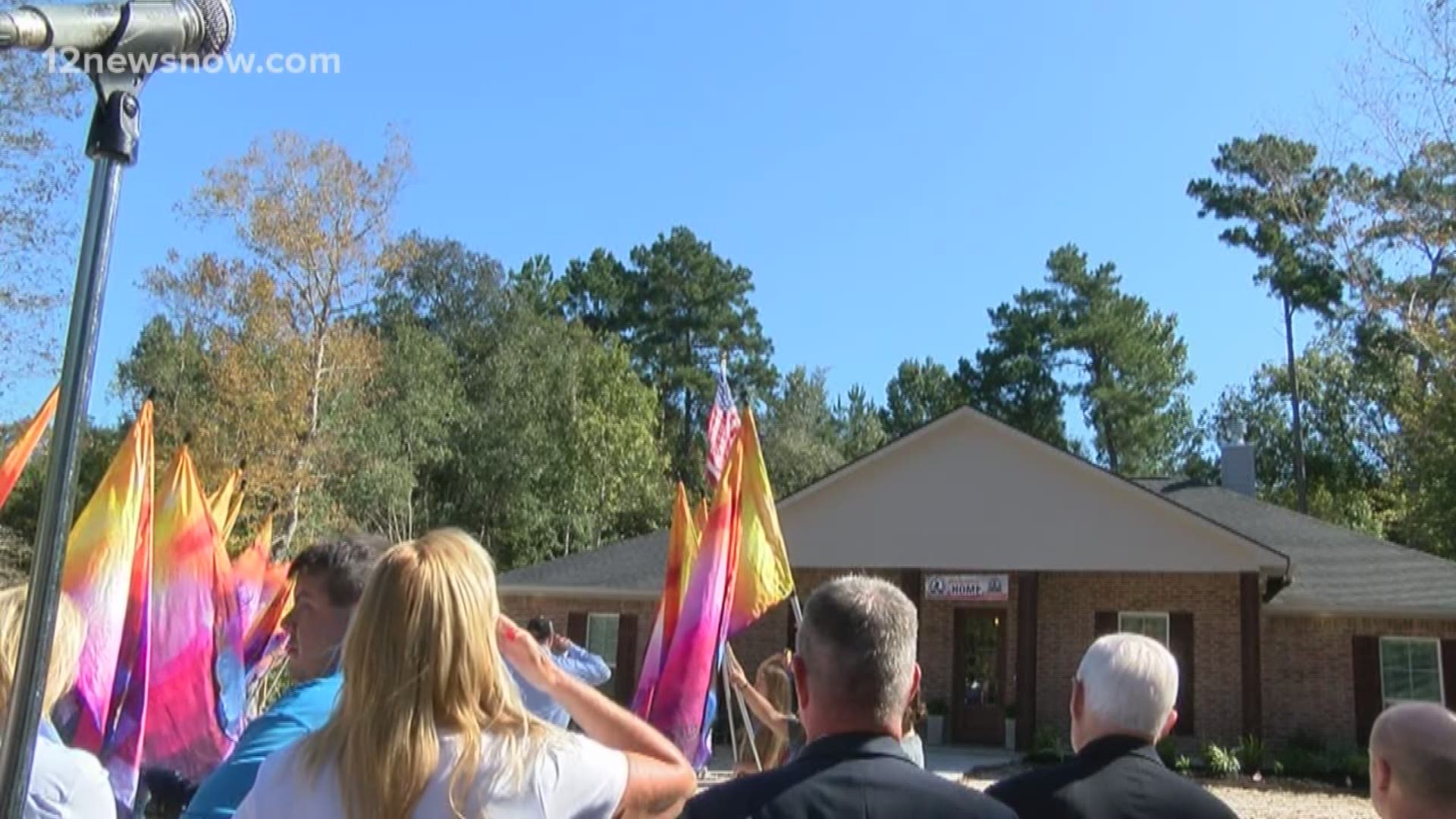 Richard and Jeanne Filip founded Texas Sentinels in 2007. They agreed, Staff Sgt. Blackmon was more than deserving of the home.

"His heart, his sincerity, his service, what he did and how he was injured, and those injuries have changed his life forever, so our mission is to make their life better," said Filip.

Now, a little over a year later Blackmon and his wife, Tammy, are both happy in their new home. Blackmon said he joined the military after the 9/11 attack.

"Bad things happened that day, I wanted to do my part for those that couldn't," said Filip.

Blackmon served two tours, and volunteered each time. According to a release from Re/Max One, he currently holds the record for successfully diffusing more than 150,000 tons of unexploded ordnance while conducting combat operations in Iraq for 48 months. Back in 2004 while Blackmon was conducting route clearance missions in the streets of Iraq, a 1,000 pound Improvised Explosive Device (IED). detonate adjacent to his vehicle around 3 feet outside his door. The blast left Blackmon unconscious with two broken shoulders, broken arms, a broken hip, fractured vertebrae, broken neck, and other injuries. Blackmon was involved at extreme close range with more than 600 IED explosions.

Blackmon explained he's never truly had a place to set down roots.

"Being in the military, you don't really get the chance to be apart of your community and for us, this is the perfect place to do it," said Blackmon.

He and his wife are grateful for the community coming together to make their dream of owning a home a reality.

Blackmon said they look forward to giving back to their new community. He plans to write a book, and along with Tammy start their own non-profit to give back to other veterans and their families in need.