Lakes Walter E. Long, Granger, Placid and Dunlap have been added to a statewide list of zebra mussel suspect and positive lakes. 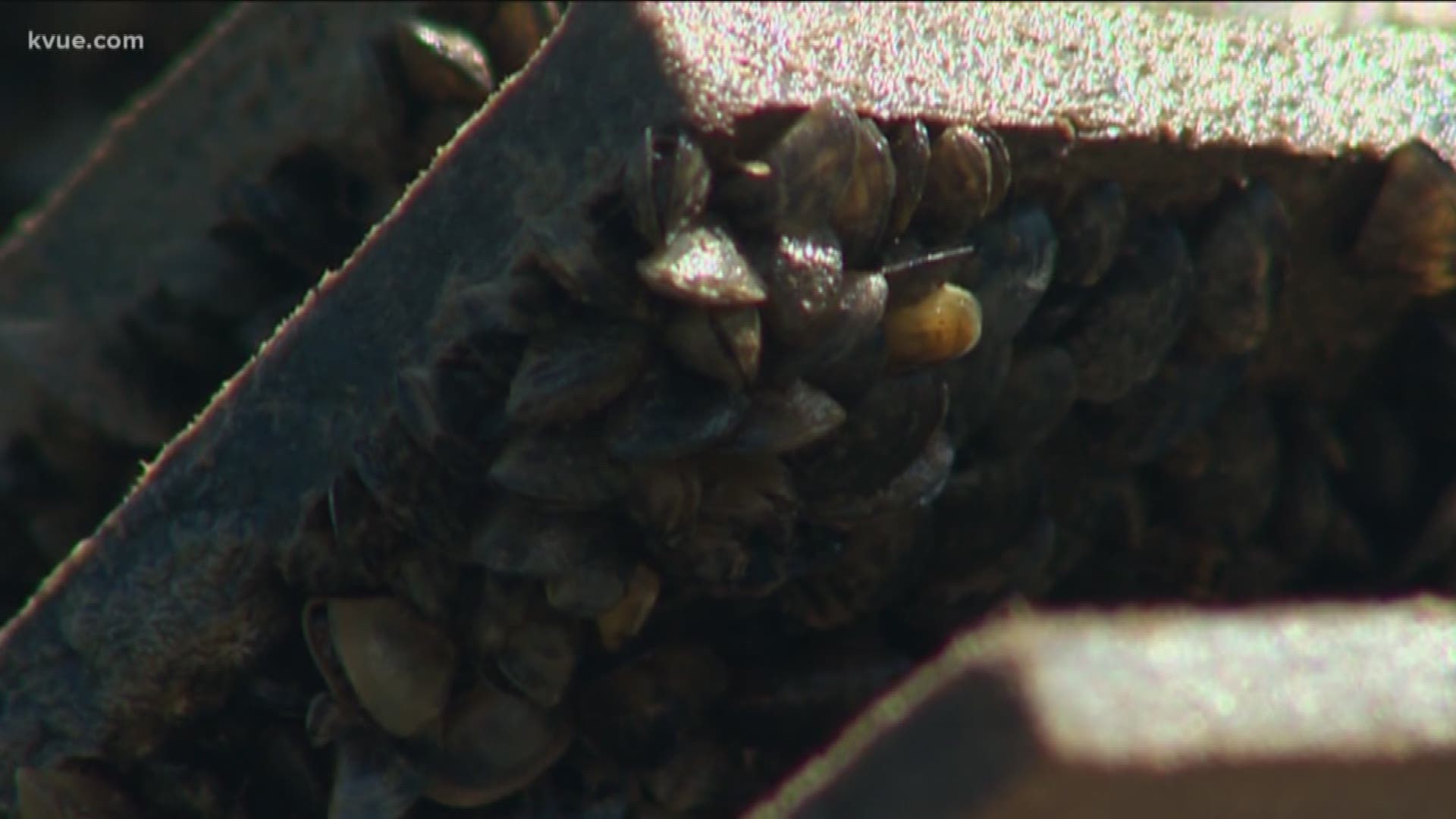 AUSTIN, Texas — Texas Parks and Wildlife is sending out a reminder that zebra mussels are still posing a problem for Texas lakes this summer as four Central Texas lakes received upgraded zebra mussel classifications this month.

To help limit the spread of the invasive species, TPWD is urging boaters and paddlers to clean, drain and dry their watercraft and equipment after visiting area waters.

“Memorial Day weekend is the unofficial kick-off to boating season in Texas, and while we want everyone to have a great time, we also want them to avoid giving free rides to invasive species when they travel to new lakes,” said Brian Van Zee, TPWD inland fisheries regional director. “The best way to help keep Texas lakes fun for everyone and prevent the spread of destructive invasive species is to clean, drain and dry your boats and equipment – every time.”

As of this month, 18 Texas lakes are now infested with invasive giant salvinia (an aquatic fern), and 15 are infested with an established, reproducing population of zebra mussels.

New additions to the list of nine lakes where zebra mussels have been detected on more than one occasion include Lake Walter E. Long, Lake Granger and Lake Dunlap. On Lake Placid, zebra mussels or their larvae have only been found once in recent history.

“Most of the lakes that received upgraded classifications are downstream of infested reservoirs, so the likelihood that zebra mussel larvae would disperse and invade them was high,” Van Zee said. “But boaters still need to be extremely diligent about cleaning, draining and drying, because only boats, barges and other equipment can transport zebra mussels upstream or to new river basins.”

Invasive species can negatively impact recreation and harm aquatic ecosystems. Zebra mussels and giant salvinia remain some of the biggest threats to Texas lakes, TPWD said, and other highly-invasive species can also be spread or introduced by in-state and out-of-state lake users, including water hyacinth and quagga mussels.

Zebra mussels: How did they get here and how can we stop them from spreading?

Is there a solution to the zebra mussel problem in Central Texas?

Transporting prohibited invasive species can be punishable by a fine of up to $500 per violation in Texas. To avoid these penalties, boaters can drain all water from their boat and on-board receptacles before leaving or approaching a body of fresh water. Boaters should also trash any plant material from their boats, trailers or tow vehicles before leaving. Even those using kayaks, stand-up paddleboards, wet suits or any other equipment that comes into contact with water should take care to clean, drain and dry their gear, as zebra mussel larvae can survive on wet surfaces for up to three weeks.

Boats that have been stored on a lake that has zebra mussels pose the highest risk of spreading them to new lakes. The invasive species can colonize in hulls, propellers, water systems, and other parts of the boats that could be difficult to detect.

While TPWD and their partners continually monitor for invasive species in Texas lakes, anyone who finds the mussels in areas where they have not been found before is encouraged to report them to TPWD immediately at 512-389-4848 or by emailing photos and location information to aquaticinvasives@tpwd.texas.gov.