He went viral for doing what he's done every day for the past four years, taking care of his mother with disabilities. 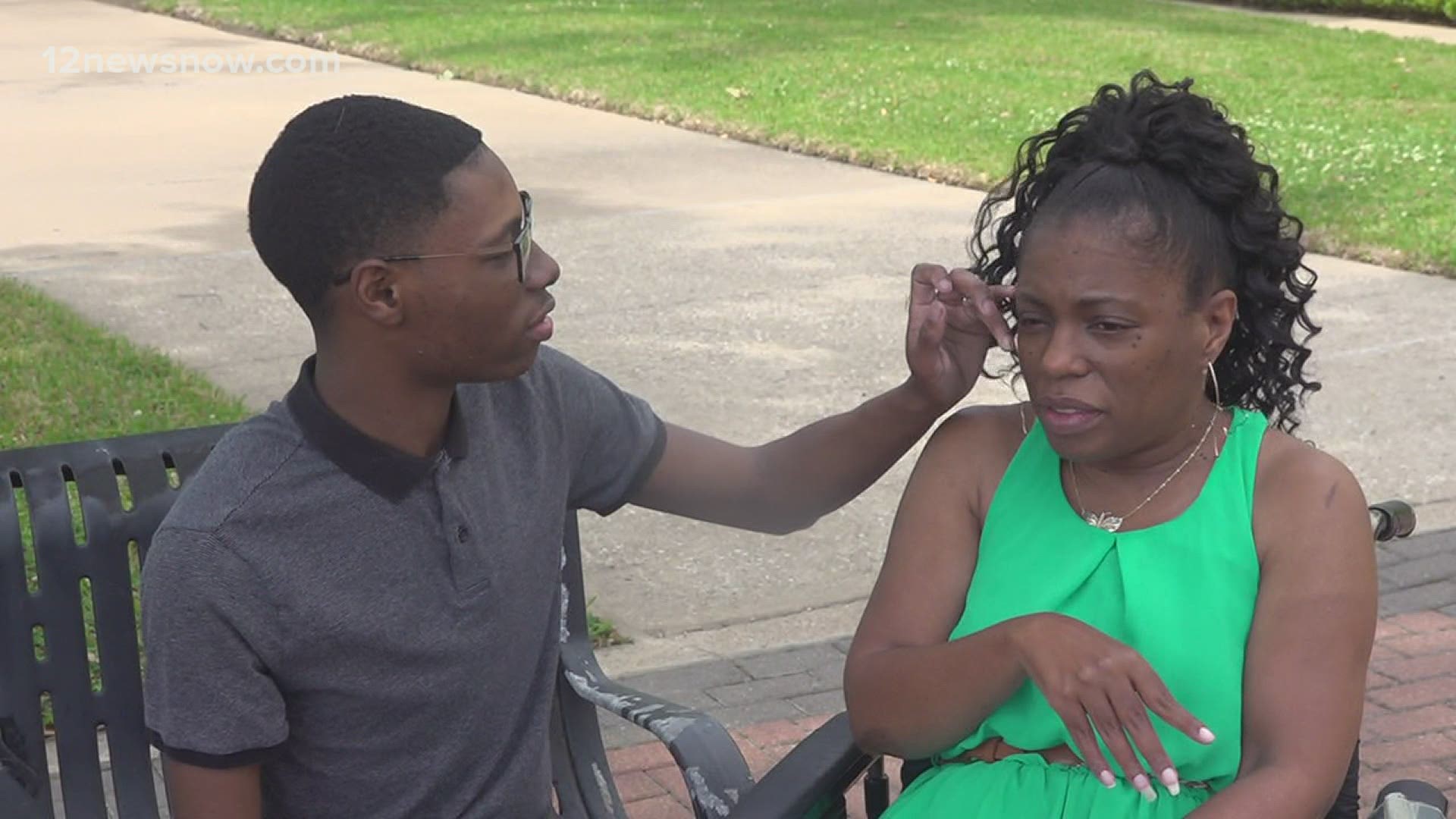 BEAUMONT, Texas — One Southeast Texan stands out as we share a full circle moment. In January, we introduced you to Jerron-Michael Arline, a Beaumont Westbrook senior.

He went viral for doing what he's done every day for the past four years, taking care of his mother with disabilities.

“I know if there's a video you got in basically. They're not going to give you a nice cute little video if you didn't get it,” Jerron Arline said.

There's only one school Jerron Arline had his eyes glued on.

“So, I finally got to the end of the video and then they made me really say congratulations you've been accepted to the Rice University Class of 2025," Jerron Arline said.

Soon, he'll be about an hour and a half away from home. Far enough for independence, but close enough to check on one special lady.

You may recognize Jerron Arline from a viral photo caring for his mother with cerebral palsy, something He's been doing since he was 14 years old. It's inspired him to break the stigma of how others view people with disabilities.

“Just hesitance people have been, have had towards her. Our standoffish feelings towards her because of disability and how a lot of that is influenced by policy, like just the way that our society treats people with disabilities, or doesn't treat them really that kind of influences the brain and the way you perceive certain people,” Jerron Arline said.

He plans to study neuroscience and social policy at Rice University to become a rehabilitation doctor. But it's that viral photo and people in the community that has helped turn his dreams into a reality.

“When the first photo went viral, I'm seeing likes, comments and all types of interactions, trying to get to me. And this is a lot of people from my community,” Jerron Arline said.

He was overwhelmed with the show of support.

“I never would have thought that many people would step up. Not me, step up, but just reach out and try to lend me a hand and support me when they could that was a lot,” Jerron Arline said.

So, on 409 day, Jerron Arline said he reflects back on how the community rallied around him and his future.

“So, I think that's what I admire about the 409, so much is that, so much excellence in the community. We reach out and try to help everybody, you know, succeed that excellence,” Jerron Arline said.

Jerron Arline was also accepted into UT Austin and Texas A&M. He has received scholarships from the following corporations:

Tracy Arline is looking for now looking for a reliable caregiver in Southeast Texas. Anyone interest is encouraged to contact her at (409) 454-2310.

I’m mentally preparing myself every day. It a part of my affirmations that we will have smooth transition,” Tracy Arline said.