One parent says dressing in blackface is not acceptable, and she reached out to administrators to share her concerns. 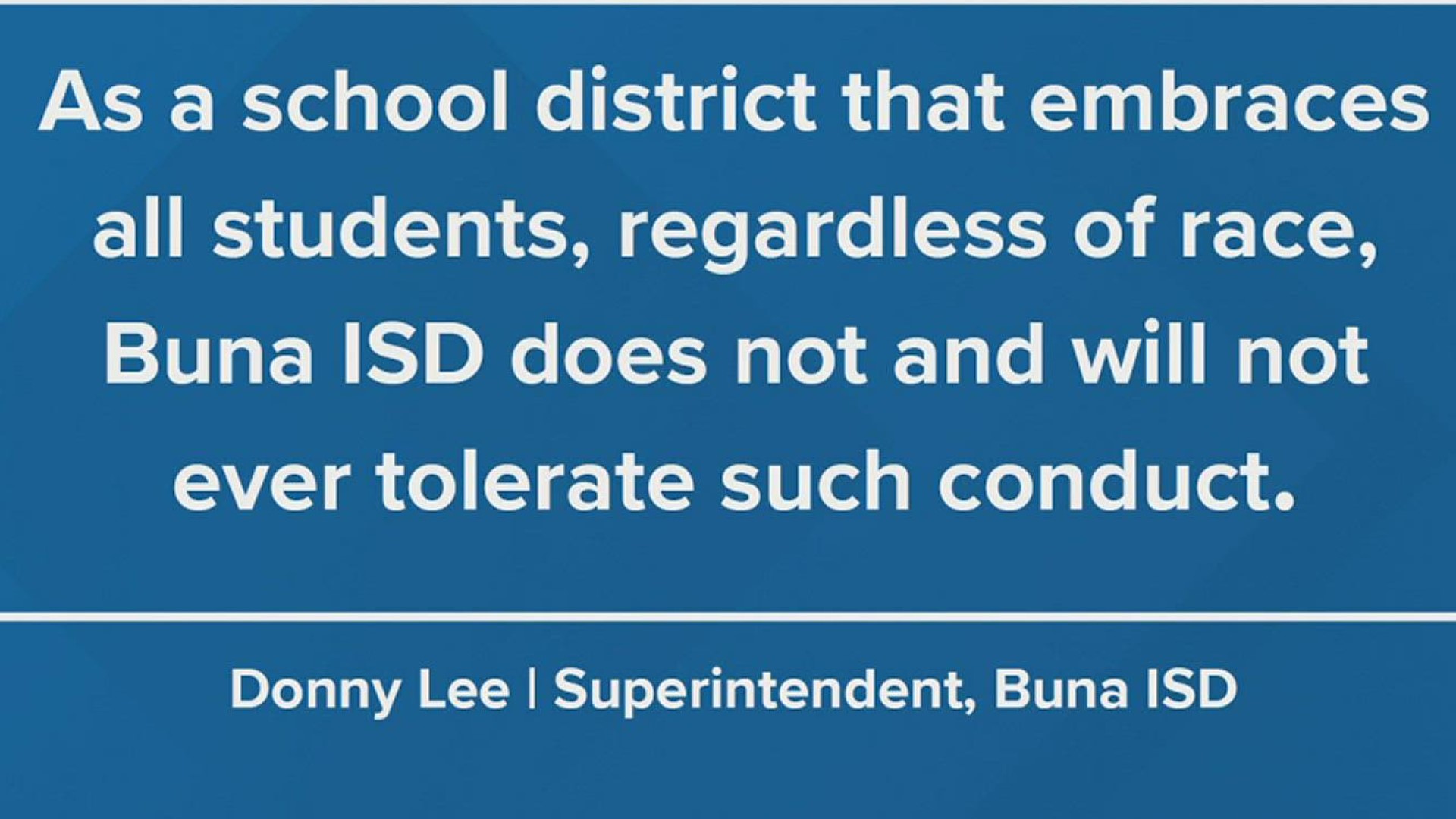 BUNA, Texas — A photo that Buna school administrators call racist has created controversy and tough conversations. It shows a Buna Independent School District student dressed in blackface and has been shared on social media.

A Buna ISD parent tells 12News dressing in blackface is not acceptable, and she explained why she decided to bring the photo to the district's attention.

"It was very unexpected like it floored me. It caught me off guard," said Buna ISD parent Tyesha Hall.

12News can’t share the image because we've been unable to verify when the picture was taken, where it was taken, or who took it.

"We're no longer going to be quiet and let this go on," Hall said. She and others met with the superintendent Monday to talk about the image. "He sat there listening to every concern, every heartbreaking story, everything that had been gone concerning our children and in making it known," Hall said.

Hall said she continued that conversation on social media. Some understood her concern; others commented that she was blowing the incident out of proportion.

"I think my frustration with me putting my post up was because my son broke down over it," Hall said.

Hall said she ended up having a conversation with the student in the photo and that it all comes down to educating the youth about historically harmful imagery.

"I actually took it down because the young man was apologetic,” Hall said. “He did not understand the accuracy or impact that black faces cause."

The superintendent told 12News in part, "...As a school district that embraces all students, regardless of race, Buna ISD does not and will not ever tolerate such conduct."

He declined to comment further about any punishment for the student involved.

We could not verify where or when the photo was taken, but Lee confirmed it was off-campus.

Buna ISD is aware of a racist and inflammatory picture that certain students posted on social media. As a school district that embraces all students, regardless of race, Buna ISD does not now and will not ever tolerate such conduct.

Although the incident happened off campus at a private party, the aftermath has carried over into the school district and caused disruptions to normal operations. The District cannot comment on matters relating to student discipline, but Buna ISD will address this issue with the attention and seriousness it deserves.

Dr. Donny Lee, Buna ISD Superintendent of Schools, said, “this incident does not define Buna ISD but rather, in many ways, presents a test of our school’s culture and climate. Our goal is to make this a teachable moment for all BHS students so that similar incidents will not occur in the future."