"They made a decision, you know, to put their lives on the back burner and protect our children and get them to a safe place." 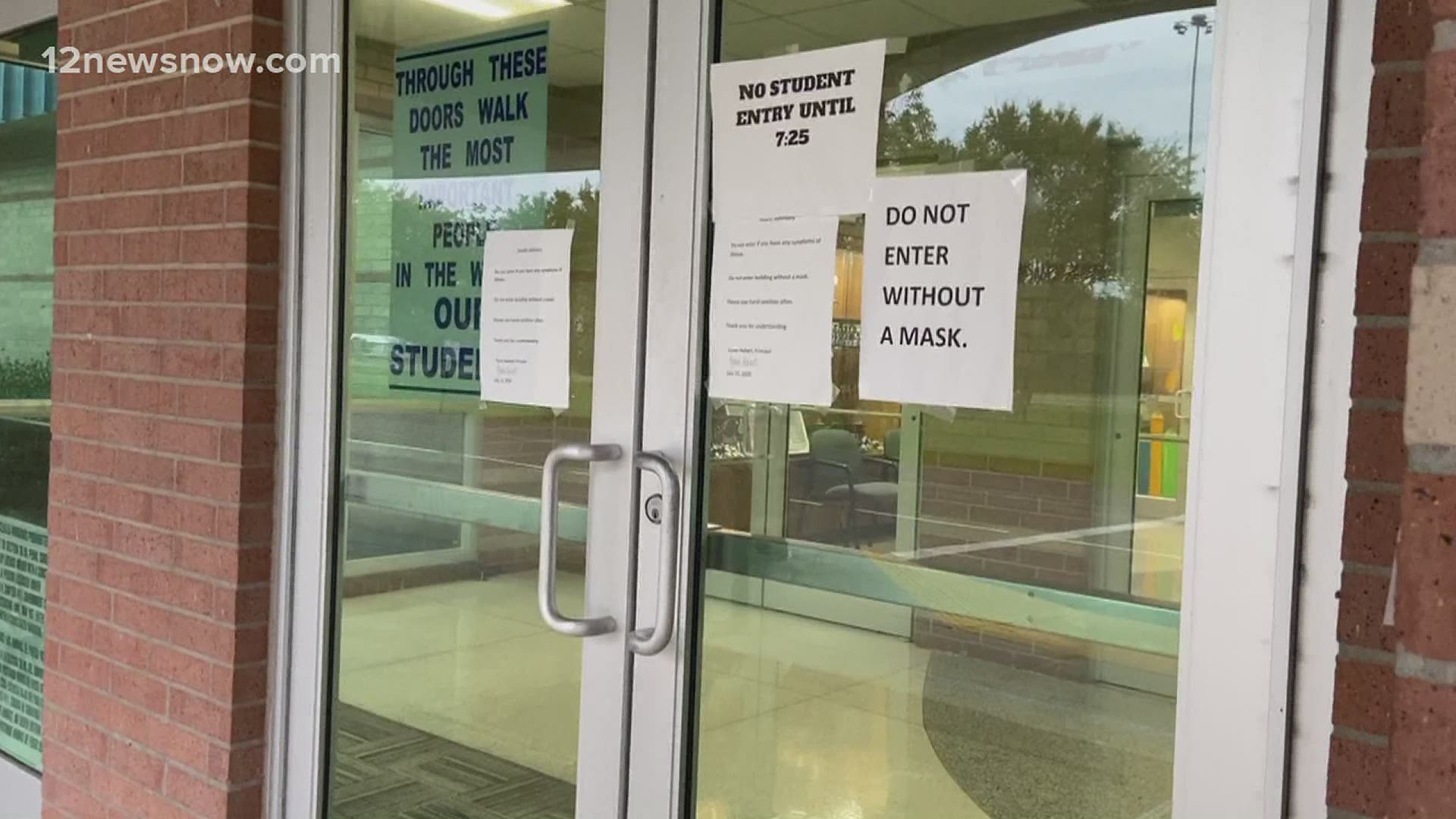 Victoria Mason's daughter goes to Buna Elementary. While scrolling on social media, Mason came across a post about an intruder drill gone wrong.

"Had me in such a state of panic and flying up to the school within two minutes of putting my phone down and reading that article," Mason said.

She said her daughter was right in the middle of it all.

"These two resource officers decided to stage a what would happen type of event and see it in like a real-life scenario -- like with real-life reaction so they didn't tell anybody that it was going to happen," Mason said.

People were left out of the loop, even school officials. That's why an elementary principal in Buna ended up calling 911 as a resource officer dressed in plain clothes canvassed the school.

"This is in my little girl's words when she got off the bus. They were outside playing and someone started walking up and scared them," Mason said.

Mason's daughter told her that the students were told to go to the classrooms.

"So they all stayed very quiet and my daughter said she heard jiggling on the door like someone was trying to get in," Mason said.

Jasper County deputies arrived to find that there had been a lapse in communication.

"They did an amazing job, not a good job but an amazing job of what they thought was an intruder trying to get into the school," Lee said.

"They made a decision, you know, to put their lives on the back burner and protect our children and get them to a safe place. I think that deserves all the praise in the world," Mason said.

Buna ISD officials haven't said if disciplinary action will be taken against those involved in the drill.

Some parents are debating whether the officers involved should be punished.