When asked whether the base overreacted, Lt. Col. Loveless said no and responded by saying: "Our response was perfect." 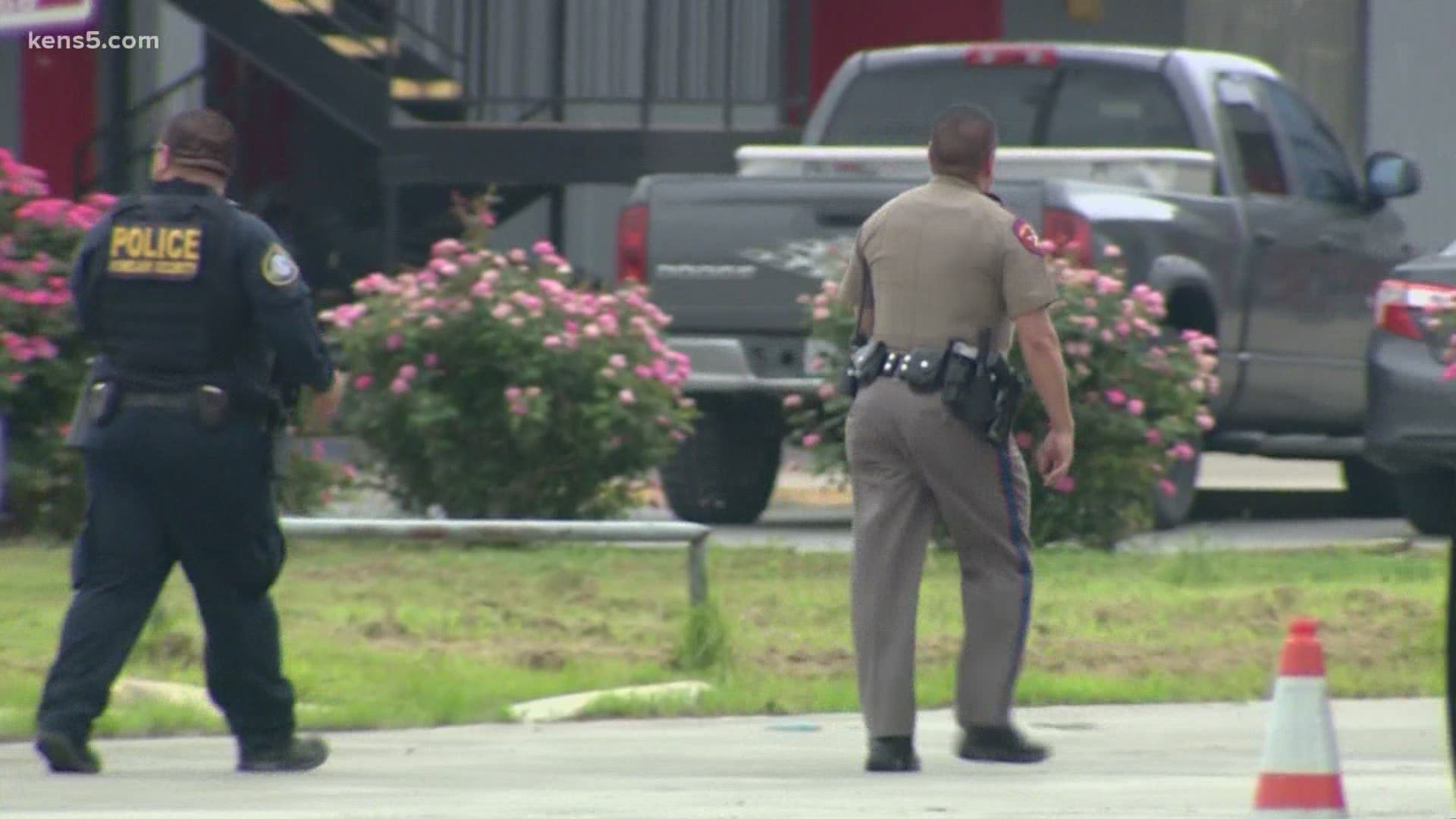 SAN ANTONIO — Joint Base San Antonio-Lackland was placed under an active shooter lockdown Wednesday afternoon after reports of two shots fired outside the base.

Military officials sent a press release around 1:30 p.m. Wednesday stating two people fired shots from off base toward JBSA-Lackland.

The statement said that there were trainees in the area and that the alleged shooters took off on foot. JBSA emergency responders worked with the San Antonio Police Department to clear the area and search for the shooters. "Base members should shelter in place until given further guidance," the release said.

Around 2:15 p.m. Wednesday, the base went from active shooter lockdown to "modified lockdown."

In a news conference at 2:30 p.m. Wednesday, Lt. Col. Brian S. Loveless said they were trying to investigate some leads to determine whether gunshots actually did occur. He said that it was not confirmed that there were two gunmen, but an investigation was underway.

When asked whether the base overreacted, Lt. Col. Loveless said no and responded by saying: "Our response was perfect."

He also noted no injuries were reported. The lockdown was lifted later Wednesday afternoon, and normal operations returned on base.

On Saturday, the San Antonio Police Department released a statement saying that there was no evidence that the report of shots fired was "credible or valid."

Officers immediately began searching the area for an unknown suspect, possible victims, possible witnesses and any evidence to support the claim. The Air Force Base was placed on lockdown as the claims were investigated. Various Military personnel were made aware of the situation and OSI personnel began investigating the claim on base while SAPD investigated the information from outside the perimeter. Officers contacted various persons in the area at various public locations, to include the adjacent Oyo Hotel and nearby restaurants. All persons contacted were unaware of gunshots in the area.

After diligently searching the vicinity, Officers were unable to locate any indication that a shooting had occurred. Physical evidence was not located, a victim was not present, and persons contacted did not have any information to share that substantiated or validated the initial report of a shooter/shooting. Likewise, OSI personnel did not find evidence of or witnesses to the alleged event. The original person who informed the military personnel of the incident is unknown and could not be located or contacted.

The preliminary investigation did not reveal any information or indications that the alleged report was credible or valid."

#ActiveShooter Update: ➡JBSA-Lackland is now in a modified lockdown after an active shooter situation. ➡ A press...

Posted by Joint Base San Antonio on Wednesday, June 9, 2021

➡There are no suspected injuries at this time.
➡The shooting is suspected to have happened outside Valley Hi Gate on JBSA-Lackland.
➡JBSA emergency responders are working with the SAPD to clear the area and search for the shooters.

Watch our reports from outside the base here: 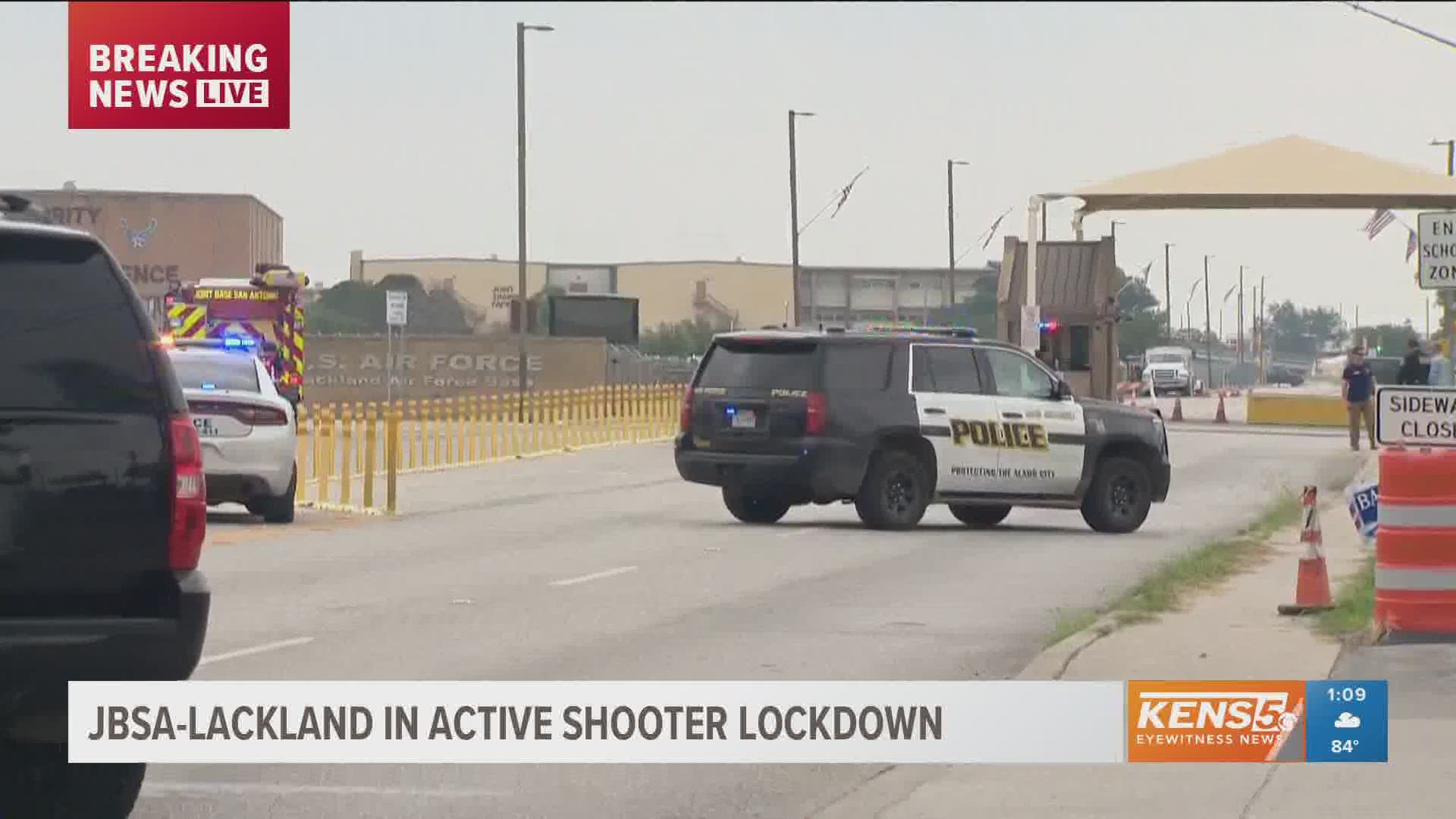