The hottest months of the year are the mating seasons for copperhead snakes. 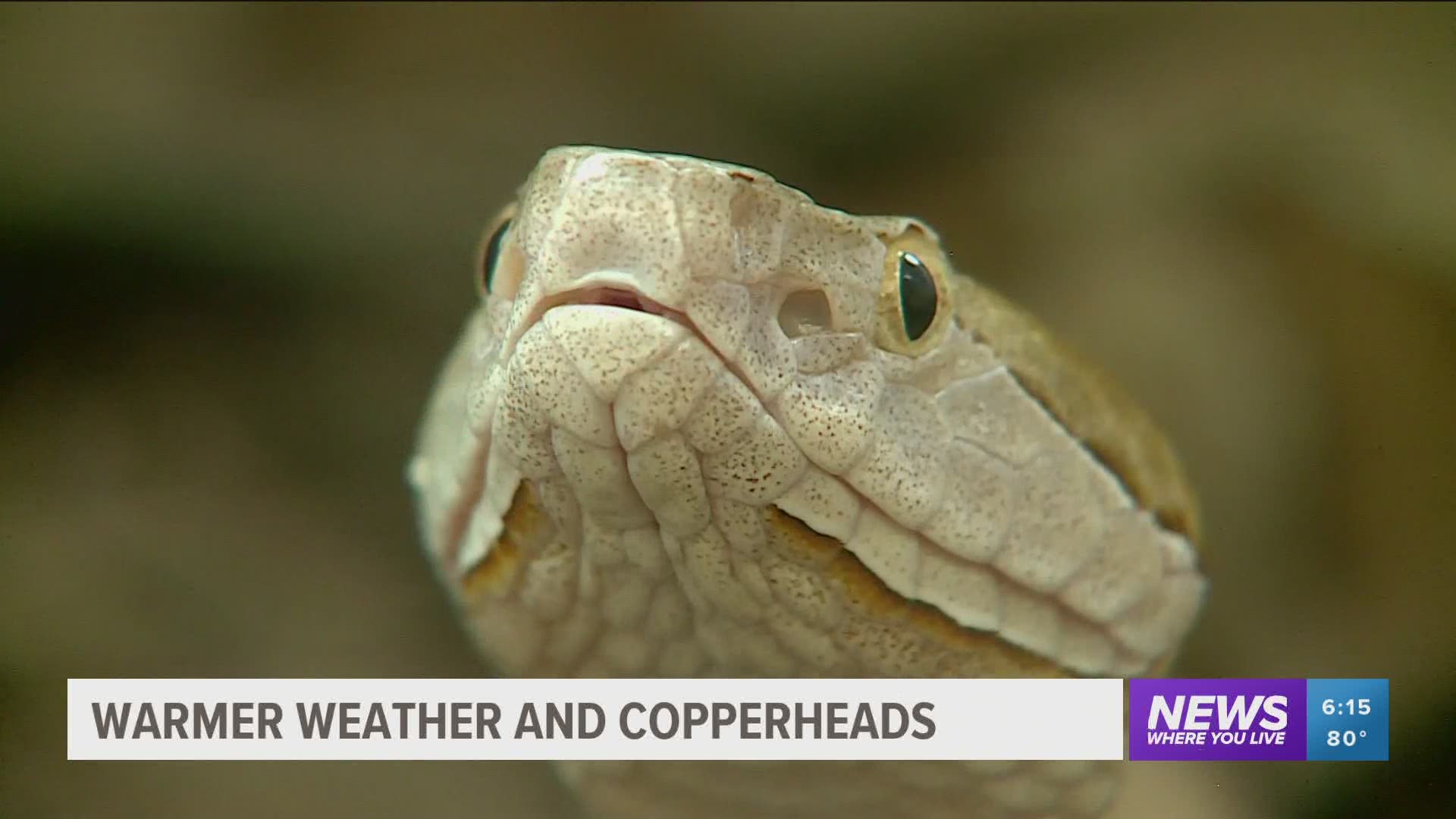 FORT SMITH, Ark. — Snake bites are on the rise in some areas, while people believe the venomous copperhead snake is to blame.

Danielle Simmons, an educations program specials for Arkansas Game and Fish says that’s typical for this time of year.

Copperheads have a defining characteristic that may remind you of popular chocolate candy.

“It also has two black dots on top of its head but we don’t get that close to them. So, those Hershey Kiss shapes on the sides of its body are really definitive," Simmons said.

Copperheads make their den in a moist shaded area, but during the summer they’re on the hunt for two things.

“Typically you see a lot of males out looking for females so they’re out right now, it’s mating season and they’re also out because copperheads really like to eat cicadas and other insects," Simmons said.

The hemotoxin venom in a copperhead bite can cause bleeding problems.

“You probably need to seek care pretty urgently if you develop symptoms very quickly, for example, less then 15 minutes the pain and swelling at the site, you need to go to the E.R. fairly quickly," said Dr. Ryan Sullivan, an emergency medicine physician at Baptist Hospital Fort Smith.

Experts say younger snakes tend to inject more venom into a bite, but older snakes have more control with 25% of bites considered dry or without venom.

A copperhead's response to a confrontation with humans is oftentimes either to camouflage and hide or run away.

“My best advice is to wait and see what they’re going to do so, if you see them moving off in a different direction go the opposite, or if you notice that they’re staying still, I would just go around them and give them a wide berth," Simmons said.

The summer months are the mating season for copperhead snakes, which means you can expect the next generation to be born sometime in the fall.