The restaurant has endured five natural disasters since opening in 1993 and is now back open for the first time since Harvey. 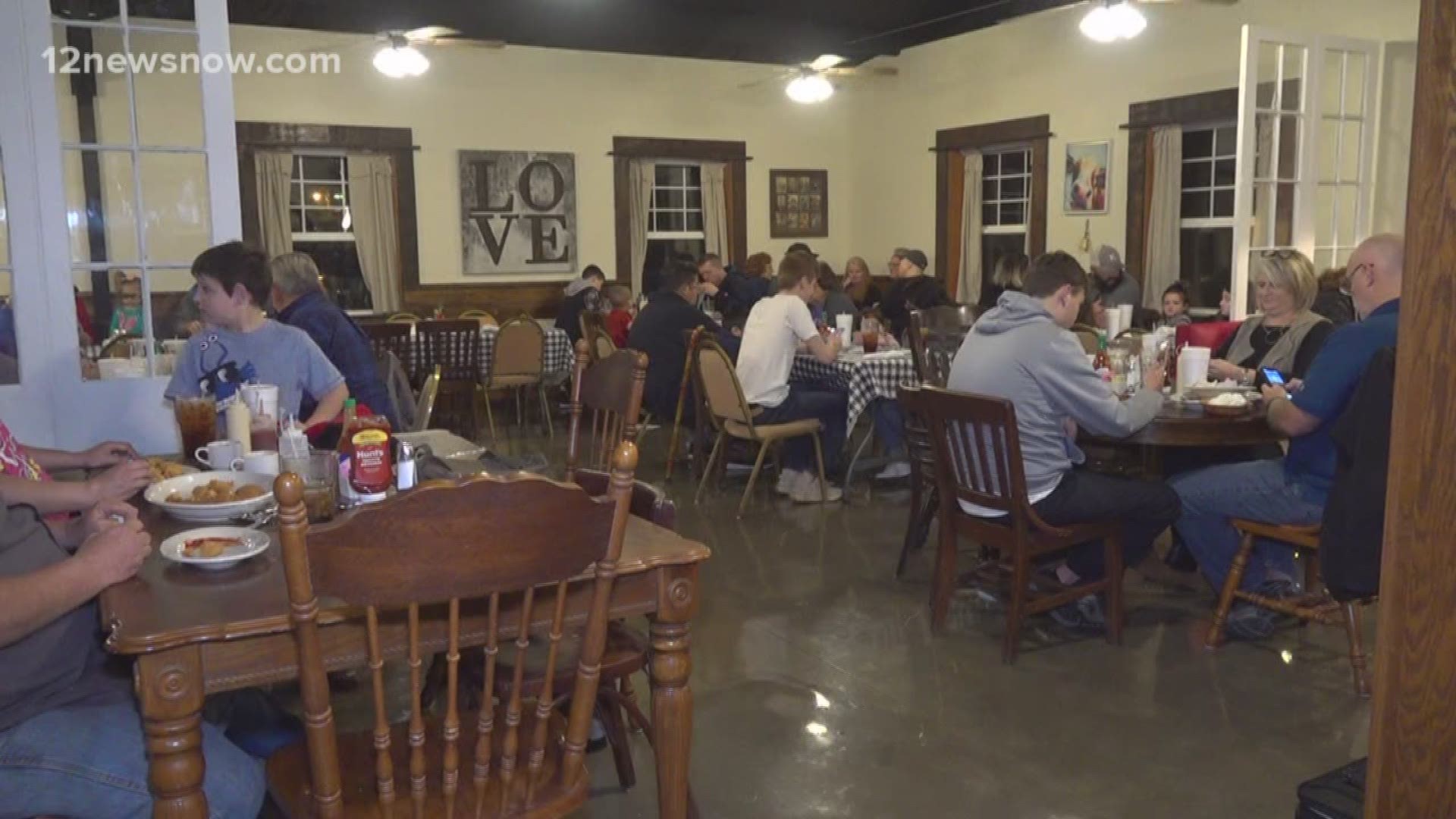 BEVIL OAKS, Texas — The owners of a Bevil Oaks favorite promised to rise from the rubble and Tuesday, they made it happen.

Vautrot's opened Tuesday night for the first time since Harvey. The family-owned restaurant has faced so much.

A flood damaged the restaurant in 1994. Then, wind caused damage during Rita and Ike. Finally, a fire caused issues in 2014.

Then, Harvey hit. The Vautrots waited for what seemed like an eternity for a loan from the SBA to rebuild.

Owner Martha Vautrot said she's feels like a burden has been lifted off of her shoulders.

RELATED: 'Like a piece of my heart going down,' Vautrot's in Bevil Oaks removing last of damaged restaurant on Saturday

"It means the work, my heart is this big because I have seen people I haven't seen in 2.5 years since Harvey. They supported me through the food truck, but being open tonight shows me how much love there is for this little restaurant. We started 26 years ago and it has grown to where we are family," Vautrot said.

The family salvaged some of the wood from the original restaurant.

New arrest warrant issued for man in connection to 1994 stabbing, mutilation of mother

Port Arthur, Vidor churches to host 'Night to Shine' prom event for those with special needs