The City of Beaumont recently announced that it decided to postpone the first annual Beaulympics until Saturday, July 17. 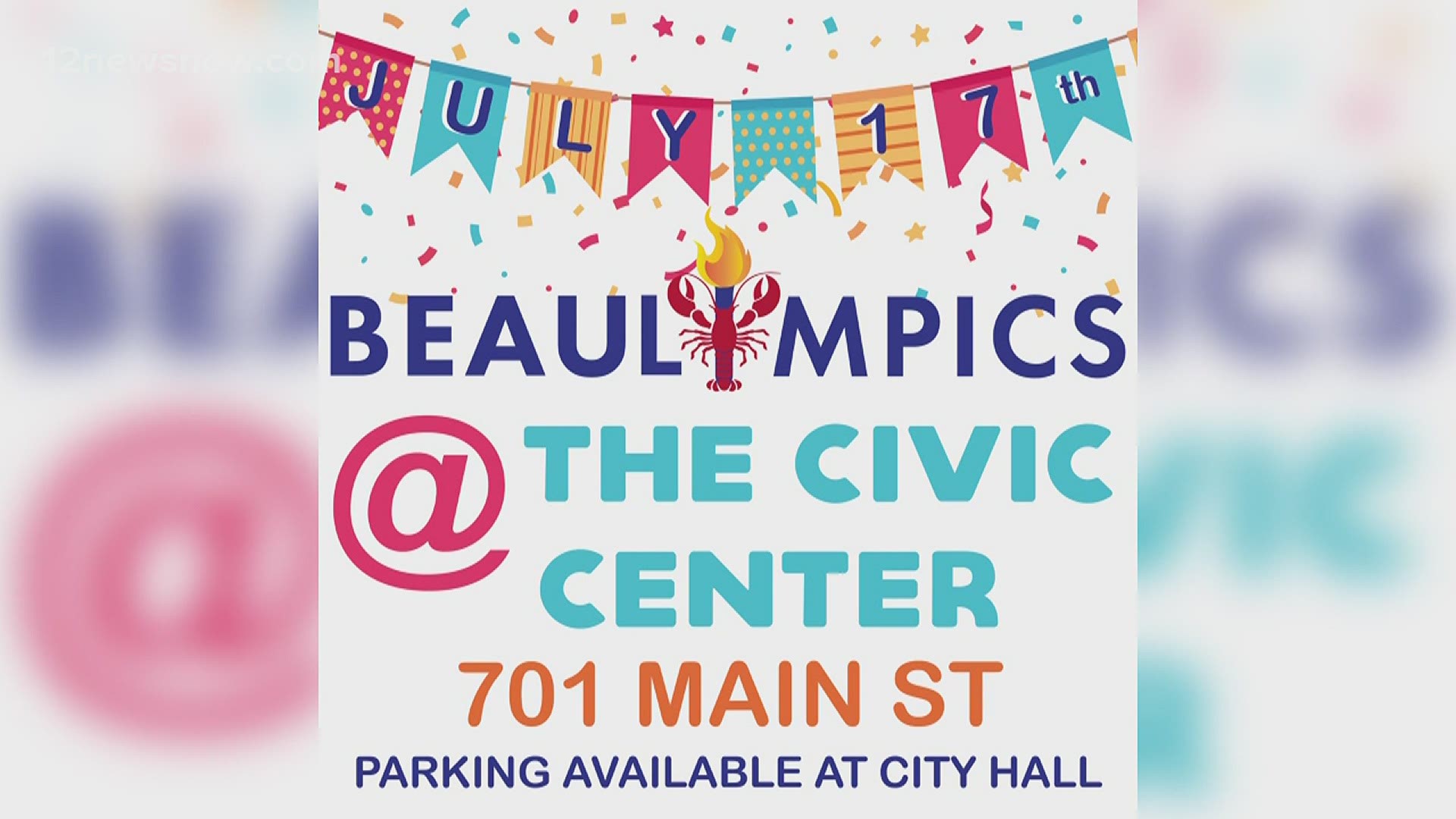 BEAUMONT, Texas — The City of Beaumont announced it's moving some of the fun at the the inaugural Beaulympics indoors this year, according to a Thursday afternoon Facebook post.

"As a dual indoor-outdoor event, we now have the ability to spread out even more to provide a true showcase of downtown Beaumont and all its wonderful organizations," the post says in part.

The headline attractions like the “Try”athalon, food competitions, Gator races and shows, and beer garden will take place outdoors.

Games, crafts, and the ExxonMobil Kid’s Zone with inflatables and Bubblepalooza will be both indoors and outdoors.

After exhausting “every possible option,” organizers recently decided to postpone Beaumont’s first Beaulympics Cajun Field Day Carnival until Saturday, July 17 due to unpredictable weather, according to a previous news release.

It's happening at the Downtown Event Centre Great Lawn, located at 900 Crocket Street, from 11 a.m. to 5 p.m.

“In looking at the forecast, the safety for our guests, attendees, and volunteers is of paramount concern and this is the only choice we had given the circumstances,” the city said in a prior release.

More than 80 organizations, non-profits, and other groups were scheduled to be involved in the July 10 event, intending to introduce businesses in the area to locals and visitors. The event is designed to showcase the breadth of attractions Southeast Texas has to offer.

The City of Beaumont said it apologizes for any inconvenience this postponement may cause, and said they appreciate the flexibility and understanding of everyone involved.

The city has promised that the upcoming Beaulympics will be bigger and better than the one originally planned. Many activities will be available all day to participate in, along with featured events to watch on the main stage.

For each activity, participants will have the opportunity to earn Beau-bucks that can be traded in for prizes, like a carnival. All games will be free, while food, drink and other activities, including tries at a dunk tank, will be available for purchase.

The Beaulympics is a one-day extravaganza of filled with games, music, and entertainment. The five rings represent the major travel themes that best exemplify Beaumont.