Galen Douglas has been dealt a double blow following Imelda. Not only is his workplace indefinitely closed, but his new home is destroyed. 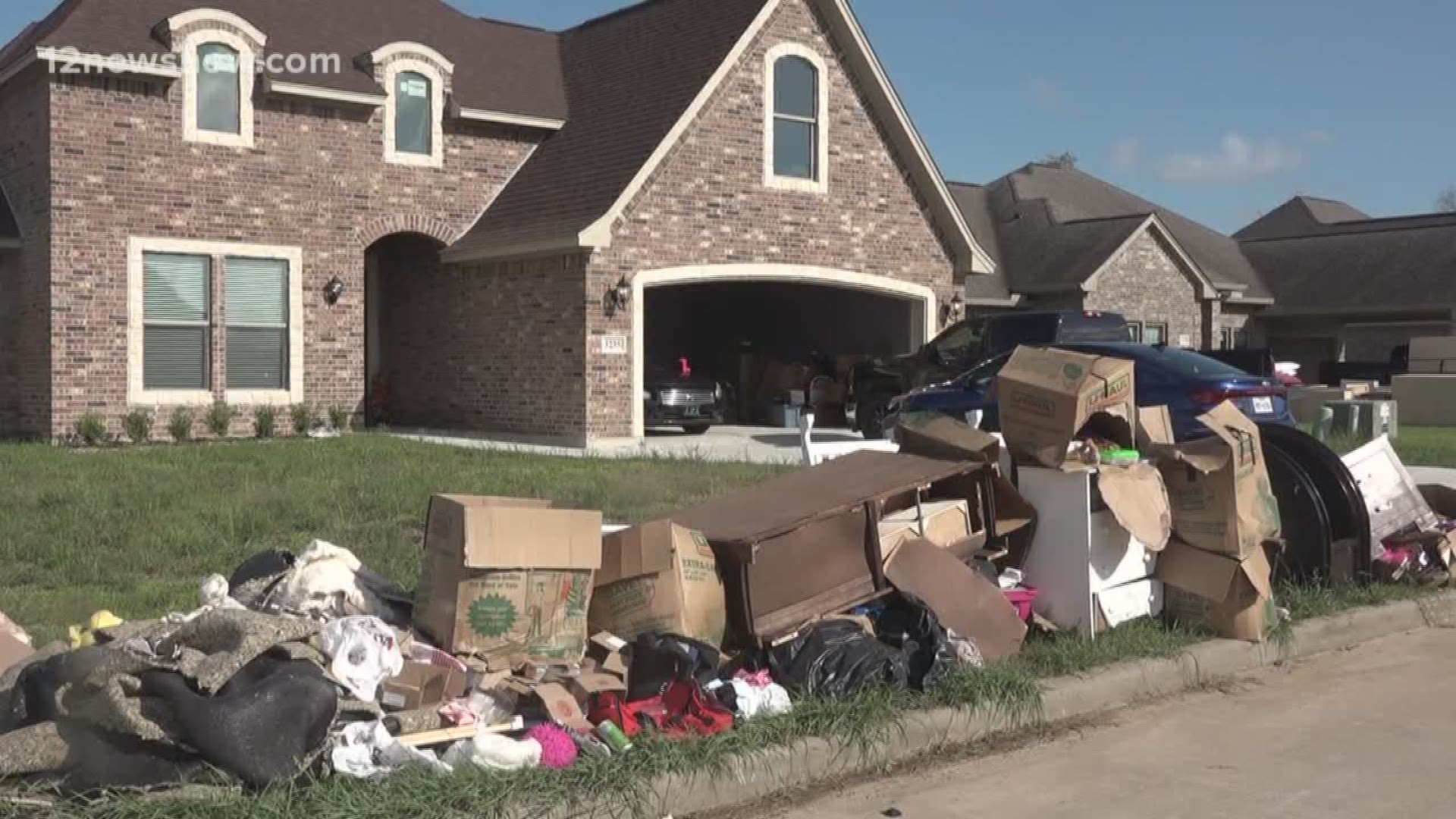 BEAUMONT, Texas — After Imelda swept through Southeast Texas, a Beaumont United High School teacher has been dealt a double blow.

The damage to the school has resulted in an indefinite closure, meaning students and staff don't have an idea of when they'll be back inside their classrooms.

On top of that, Galen Douglas' home flooded two weeks after he moved in.

"Where you're expecting the most consistency in your life has all been taken away from you," said Douglas.

For Douglas, his house along Yasmine Dior Street in Beaumont was supposed to be a positive change.

Yet, a foot of water inside the home destroyed all his furniture along with appliances and some of his daughter's toys.

On September 9, Douglas and his wife, Olivia, closed on their new house.

They spent their first night in it three days later, just one week before Imelda wreaked havoc.

"Things like our wedding books and baby stuff for my little girl, we tried to move as much stuff upstairs as we can, as fast as possible," said Douglas' wife. "But we still were not fast enough."

RELATED: How you can help Imelda victims

RELATED: How to get help after Imelda

The juggle of managing a flooded home with the uncertainty of going back to work is what Douglas now has to deal with.

Douglas is a Media Production teacher at the high school.

School officials are still assessing the damage at Beaumont United with no return date yet scheduled.

"I'm just hoping that the area gets the aid it needs because we have families displaced and now a school that's displaced," said Douglas.

It's a battle Douglas didn't expect, but he's ready to move forward.

"It will be a lot of work at home, late nights and early mornings until we're back to where we need to be," said Douglas. "Whatever is necessary to get my family back on our feet."

It's an odd situation since Douglas and his wife still have things at their old place.

"It's kind of weird because we'res still in the process of moving in," said Olivia Douglas. "Just today, I was at our old place moving stuff over."

His family tells 12News support from family and friends has been comforting.

It comes down to one word for them, normalcy, that's what they hope to achieve soon.