Beaumont United 10th, 11th & 12th graders will be housed in parts of the school that did not flood during Tropical Storm Imelda 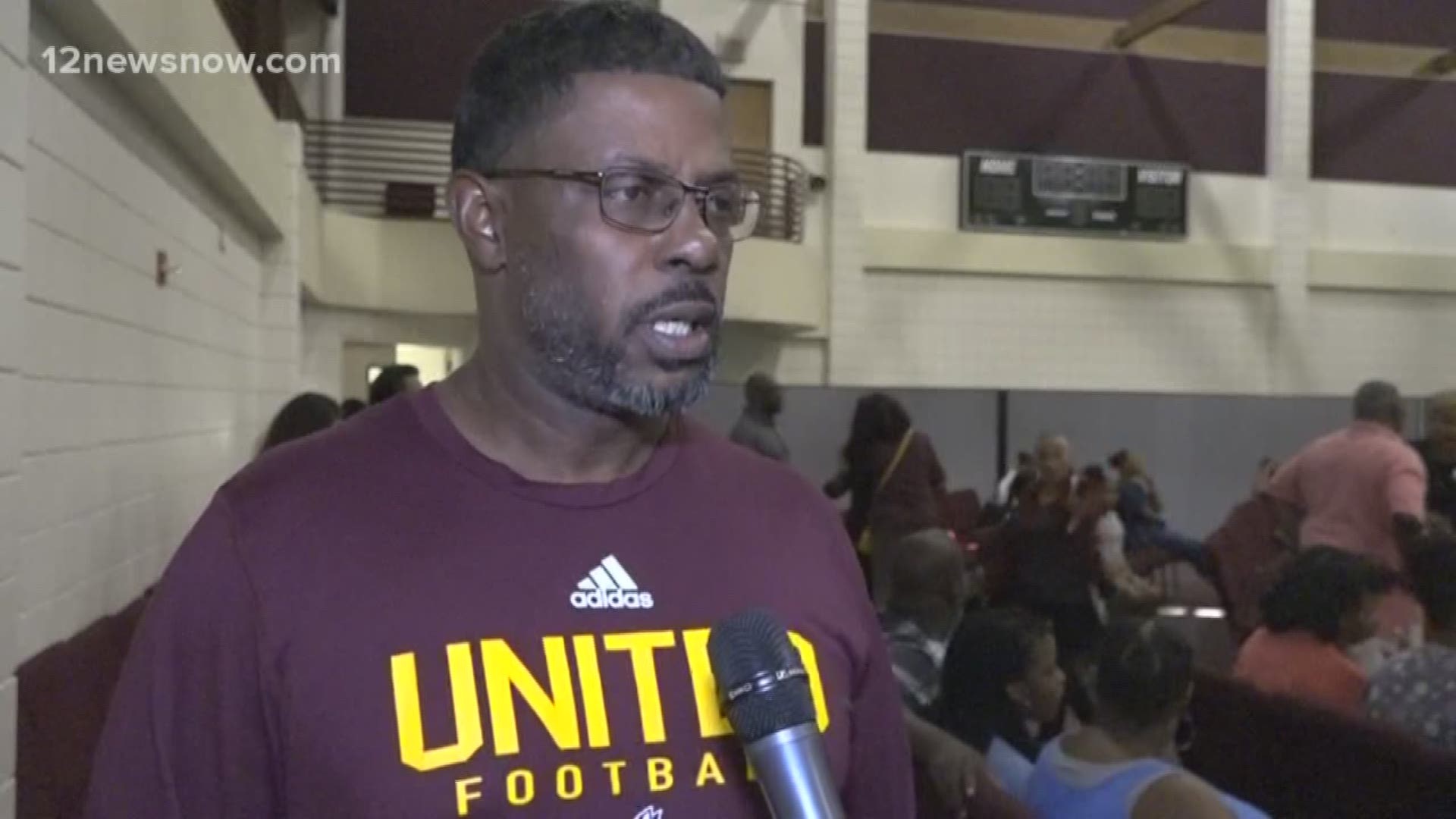 The move means that South Park Middle School students will be also be changing schools.

South Park will finish the remainder of this week at their campus before moving to the new locations on Monday, October 7.

10th-12th graders at Beaumont United will be back at the high school campus on October 14 and be housed at functional parts of the school when it reopens, Dr. Allen said.

Dr. Allen also announced that South Park Middle School will be dissolved after the 2019-2020 school year.

Starting in August, South Park Middle will house students who are duel enrolled at Lamar Institute of Technology. It will be renamed South Park Early College High School. 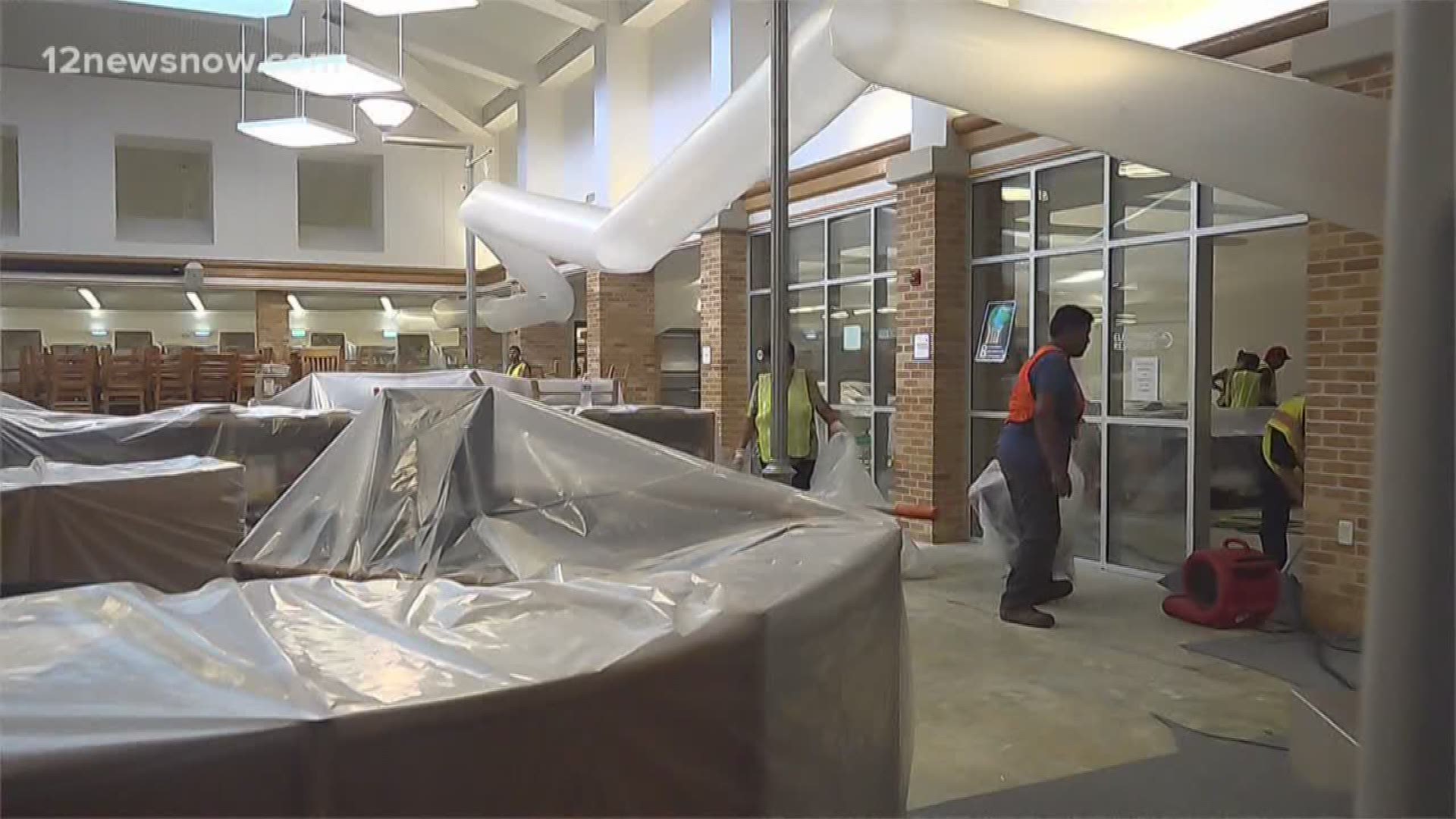 When Dr. Allen was asked about how much the changes Imelda brought are costing the district, she said, 'Not yet.'

"I am expecting that information hopefully sometime later this week, I will have some numbers to determine what this is costing us," Allen said.

Allen also addressed missed work due to the storm.

"Our curriculum team has been working from the very beginning when we were out of school to determine how we were going to make up the time. We have our curriculum supervisors who are revising our curriculum currently. So that we can fill in."

A meeting was held for parents of students attending Beaumont United, Tuesday at 6:30 p.m. inside Cathedral of Faith.

In front of a huge crowd, Allen explained the process of making these decisions.

Jonathan Joseph was one of many parents in attendance and shared his concern about transportation for his ninth-grade daughter.

"What's the time limit, how is it going to coincide with getting to school on time?" said Joseph. "You're going to have buses running all over the place now, transferring these kid here. It's chaos to me right now."

Joseph's daughter had been walking to school and was told Tuesday night that she would be picked up by bus from United and taken to South Park.

The October 14 start date will mark a month off of school for students and staff.

"Just focusing on classwork; reading, writing, and learning again," said 9th grade World Geography teacher Kirby Jones. "They've been off for awhile so as teachers we'll go slow and re-acclimate to kids and get them well adjusted."

Heaven White is one of 757 United freshmen and told 12News the change of campuses is difficult to fathom.

"I was frustrated because it's already my new year and I just started adjusting to high school. Now, I have to go back to south park and re-adjust myself," said White.

South Park has the least amount of students compared to the rest of BISD'S middle schools, with 418, making it the "least destructive option," according to Allen.

Despite the dozens of questions raised Tuesday night, Joseph says he understands the district's position.

Concerns about transportation, curriculum and school activities have some people divided.

Yet, everyone at Tuesday's parent meeting seemed to cheer for the fact that their kids will once again be back in school.

"It's hard getting your house getting taken care and being away. The kids are ancy, the parents are ancy so I think getting back to some sense of normalcy will be great," said Jones.

Allen announced Tuesday that the start time for 9th graders at South Park will be a little earlier than normal, but the time has not been finalized.

She says the district will continue to update information online about schedules and bus routes.

Fehl-Price Elementary School will be the other BISD campus to re-open on October 14.

They were one of the two BISD campuses (United) that sustained the most damage following Tropical Storm Imelda.

Dr. Allen said BISD hasn't heard from the state about how the state will handle the missed days.

"Well right now we have not received any information from the state if whether or not they will waive these missed days. Tropical Storm Imelda has not impacted the entire region as Hurricane Harvey did. So as a result, I do not know whether or not the Texas Education Agency is going to issue blanket waivers as they did during Harvey. So we are waiting on that.  And we have added two make-up days right now,  this Friday the 4 and October 14.  When we receive additional information we will update the calendar as necessary."