Three of the officers are originally from Beaumont, and others moved from places like Montgomery, CO., North Carolina and even Georgia. 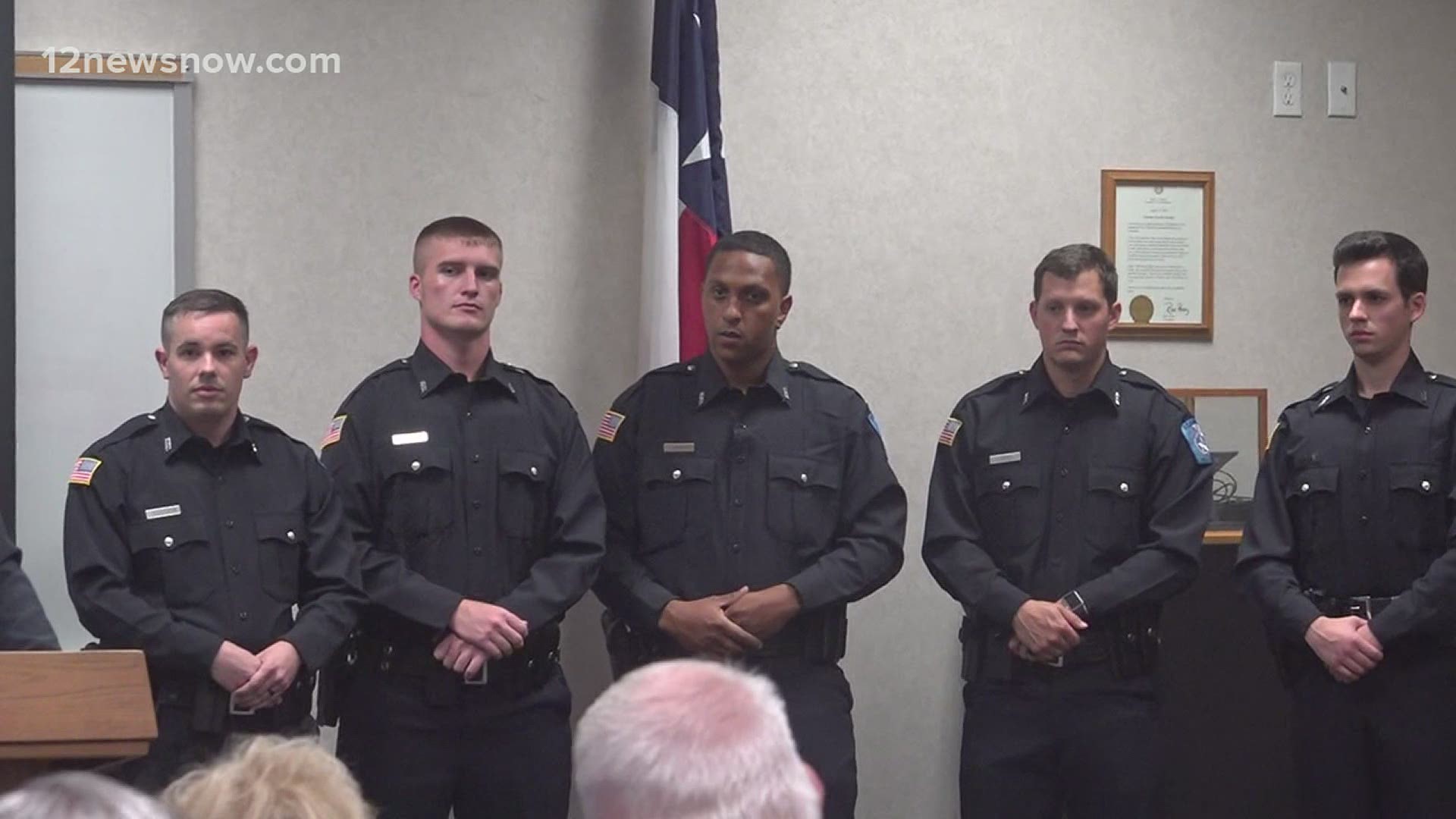 BEAUMONT, Texas — The Beaumont Police Department is welcoming eight new officers into their ranks this month.

The community, family and friends of the officers filled the room for the biannual ceremony on Wednesday, June 9, 2021.

Three of the officers are originally from Beaumont, and others moved from Colorado, North Carolina and even Georgia.

While new officers are joining the team, Assistant Chief of Police Jim Clay says they are still looking to fill 13 positions.

He said it is the application process that makes it difficult to fill these spots.

“We will have about 300 applicants but only about half show up for the testing,” Clay said. “Then we start our background investigations before our final interview process. We may start off with 300, but we only interview 25 to 30 people.”

Clay said the next swearing-in ceremony will take place next January.

The Beaumont Police Department plans to continue to brainstorm new ideas for recruitment.

Here's a little more about the eight new officers, according to a Facebook post from the Beaumont Police Department.