Officer Bryan Hebert was standing behind his vehicle when the driver in a chase veered to hit his car. 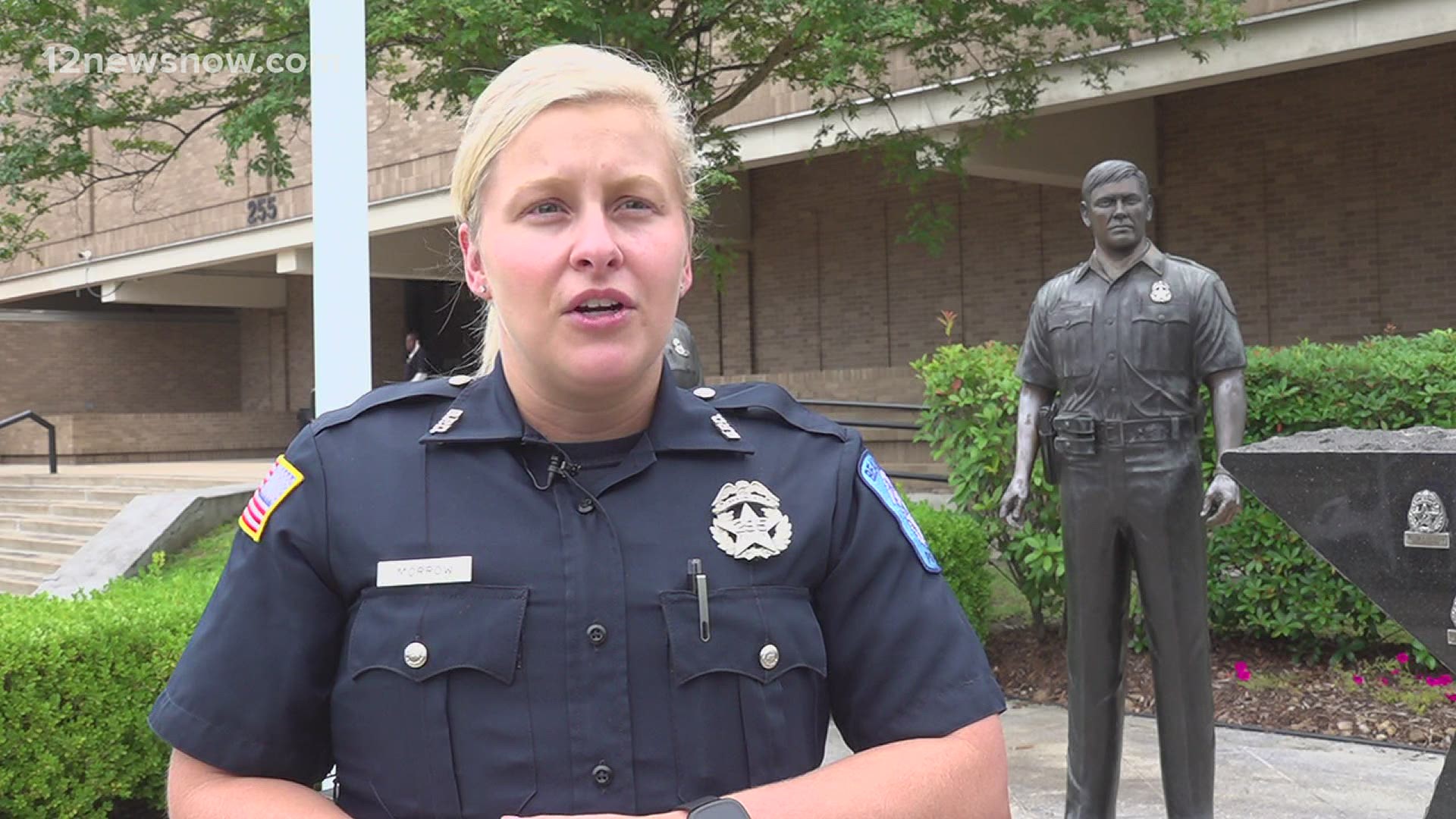 BEAUMONT, Texas — The family and police department of fallen officer are remembering him 10 years after he died when a driver intentionally hit his patrol car.

Officer Bryan Mitchell Hebert was killed in the line of duty when the driver of a suspect vehicle in a chase ran into his car on July 8, 2011.

"It's not just the family members who lose a loved one. It is friends who lost a friend, coworkers who suffer and also the community,” Beaumont Police officer Haley Morrow said.

Hebert had stopped his patrol car at the intersection of Dowlen Road and Ivanhoe Lane and was taking things out of his trunk when the suspect 'veered from the travel lane' and hit his car head-on. Officer Hebert was standing behind the patrol car, and was hit by it.

The man was wanted for assaulting his mother and grandmother, and was being pursued by other officers.

The driver was sentenced to life in prison in 2013 for capital murder.

A Groves street was named Bryan Hebert Lane in his honor in 2013. It intersects with Joplin Avenue.

Other officers had initiated the pursuit of a man wanted for assaulting his mother and grandmother. Officer Hebert had stopped his patrol car at the intersection of Dowlen Road and Ivanhoe Lane and was removing a reflective vest and stop sticks from his trunk when the suspect veered from the travel lane and struck his patrol car head-on. The collision knocked the patrol car into Officer Hebert, who was still standing behind it.

The driver of the vehicle was charged with capital murder in connection with Officer Hebert's death. He pled no contest and was sentenced to life in prison in March of 2013.

Officer Hebert had served with the Beaumont Police Department for 10 years.