Attorney Paul Ferguson said what makes this accident so scary is that it was completely random. 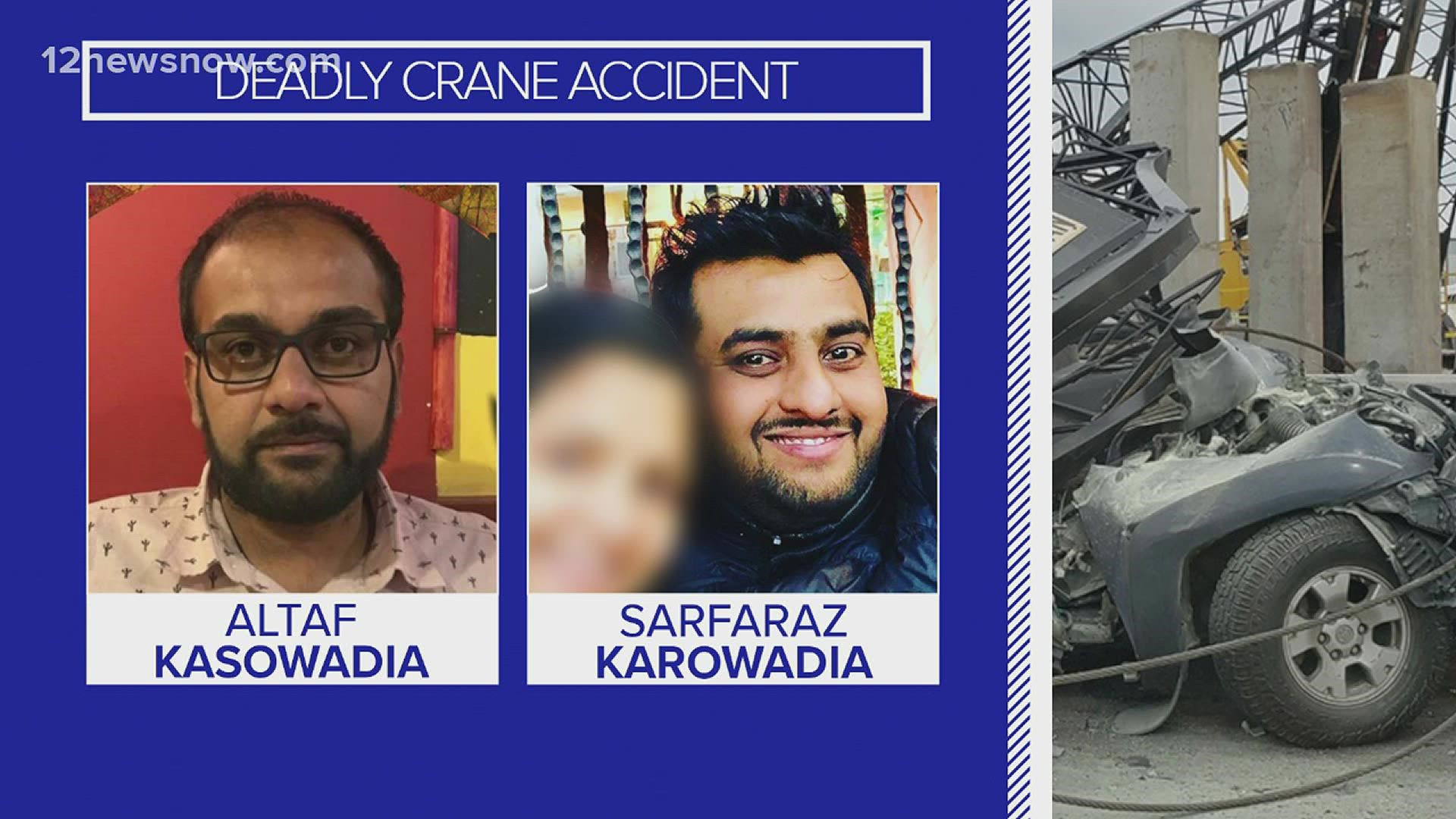 BEAUMONT, Texas — Sarfaraz Karowadia and his passenger, Altaf Kasowadia, were on their way home to Friendswood from their convenience store in Beaumont in April, but they never made it past the Jefferson County line.

A crane buckled, fell on top of the truck he was driving, and it killed the two brothers. According to an Occupational Safety and Health Administration report, it all boils down to an operator error.

Five OSHA violations are what the owners of Hemphill WBE Pile Driving Company are facing. They are the construction company that OSHA said owns the crane that came falling down.

Beaumont Attorney Paul Ferguson said what makes this accident so scary is that it was completely random.

“15 minutes, either way, I would have been the guy who got crushed," Ferguson said. "I was 15 minutes ahead, going right through that area, going towards Houston 15 minutes after it happened, my wife lives to the area, so we were all around at that day, that is very frightening."

He represented two people in 2016 who survived a dramatic crane crash in Beaumont.

He had a look at OSHA’s investigation into this latest crane crash and is not surprised OSHA is blaming it on operator error.

So, what's next following the investigation?

Houston's south area OSHA Director Mark Briggs said he is limited on what he can reveal, but did share this.

But Briggs did point to the newly released investigation report and echoed its findings that this came down to operator error.

“There was some decisions made in during the operation of the crane that caused the collapse of the boom," Briggs said.

The company has 15 business days to respond to OSHA. They can pay the fines or contest the report.