Shelton was a longtime law enforcement officer who started his career as a corrections officer in the early 90s. 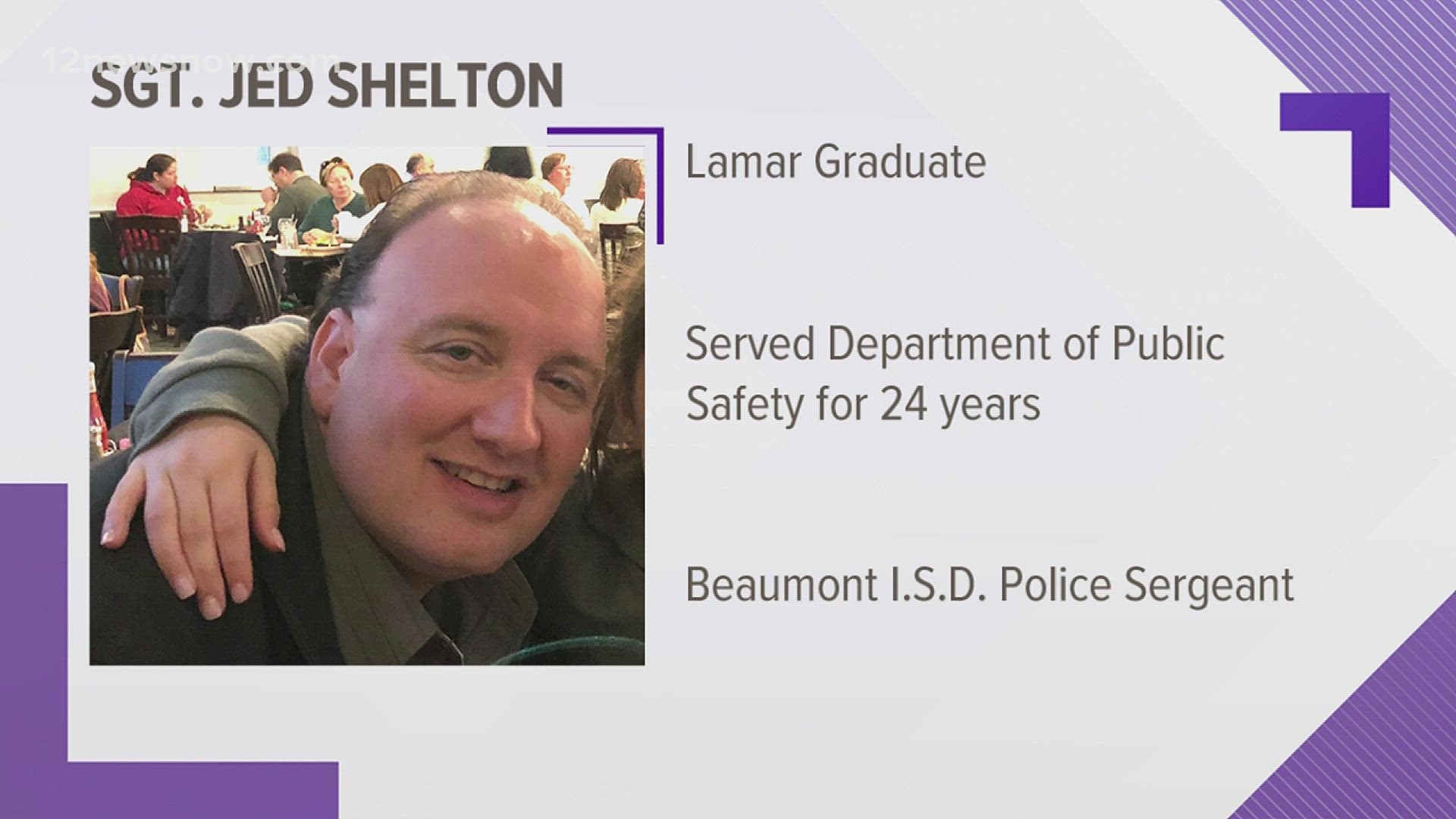 BEAUMONT, Texas — The Beaumont Independent School District Police Department is mourning the recent loss of an officer due to COVID-19.

Jed Martin Shelton, 50, of Beaumont, a sergeant with the BISD Police Department, died just over three weeks ago on Tuesday, August, 24, 2021, according to his obituary on the Broussard's website.

He was a 1989 Central High graduate and earned his degree at Lamar University in 1993.

Shelton was a longtime law enforcement officer, who started his career as a corrections officer with the Texas Department of Criminal Justice at the Stiles Unit in Beaumont according to his obit.

He then became a trooper with the Texas Department of Public Safety in 1994 and spent more than 24 years with the department where he rose to the rank of Lieutenant in the criminal investigations division.

He was working with the BISD Police Department when he died.

Shelton is survived by his wife of 26 years, Margaret Shelton, of Beaumont, his daughters Mackensie and Megan Shelton as well as many other family in the Beaumont area.

Services for Shelton were held at St. Anne's Catholic Church in Beaumont on Saturday, August 28, 2021.