Beaumont animal shelter more than doubles 'live release rate' since 2014, needs help to keep it up

The department is on track for a higher release rate in 2018 and is asking for the public's help to continue the trend by adopting a pet from the shelter. 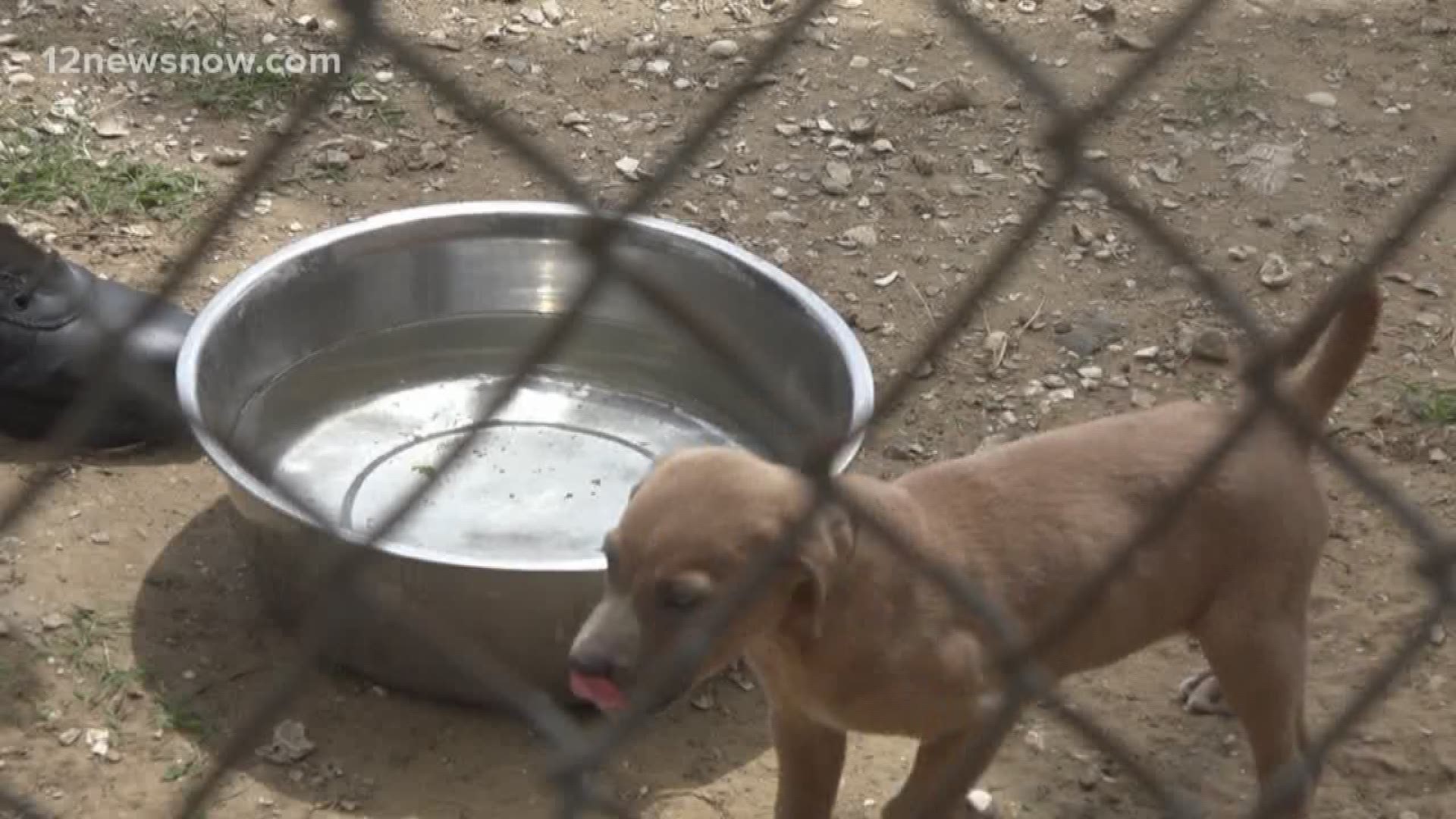 BEAUMONT — The City of Beaumont animal shelter has doubled it's "live release rate" over the past four years and is planning to increase it more in the coming year.

Beaumont Animal Care, which is the department that runs the shelter, had a live release rate of 27.5% in 2014 but increased that rate to 61.3% for 2017 according to a release from the city.

“The use of social media. The more we can get these animals quicker on there, the more the public can see them and get them out," Beaumont Animal Care manager Matthew Fortenberry said.

"In the past few years we've taken many steps in trying to increase our live release rates,” Fortenberry said.

The department is on track for a higher release rate in 2018 and is asking for the public's help to continue the trend by adopting a pet from the shelter.

The Dowlen Road Veterinary Clinic plays major a role by helping bus animals across the country to other animal rescue shelters.

"We give them the opportunity to be adopted in other areas because Beaumont is so inundated with animals it's hard to get them adopted here," J.J. Salinas, a veterinarian at Dowlen Road Veterinary Clinic said.

Beaumont Animal Services and Southeast Texas Veterinarians say they are trying to give cats and dogs a second chance at finding their forever homes.

From the City of Beaumont...

Beaumont Animal Care (BAC) is committed to finding a home for every animal that enters our shelter.

To that end, BAC has worked very hard over the past few years to increase our live release rate.

The live release rate refers to the percentage of animals that leave the shelter alive. Animals leave the shelter through being reclaimed by their owner, being adopted, being released into temporary foster care, or being transferred to a separate agency, such as a rescue organization.

Beaumont Animal Care (BAC) is on track to have an even higher live release rate in 2018 than in 2017.

However, to continue on this trend, we need the help of the public. Please consider adopting a pet from BAC.

We have many wonderful dogs and cats waiting to be adopted. All animals are fully vaccinated and spayed or neutered prior to adoption.

If you are interested in volunteering or donating to BAC, please visit us here: http://beaumonttexas.gov/departments/animal-care/volunteer-donate/