Beaucycles will soon allow Beaumont community to roll around downtown 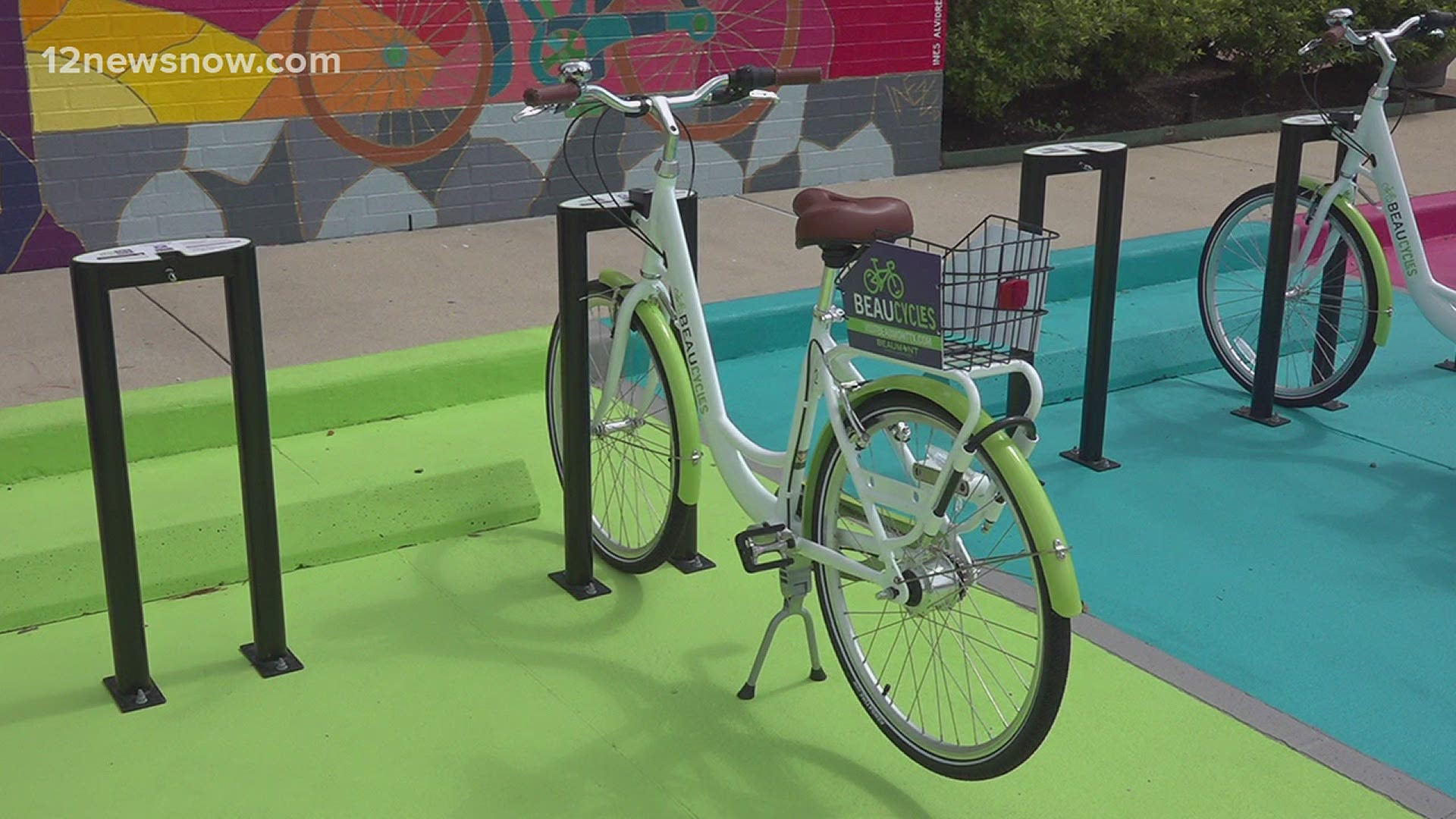 BEAUMONT, Texas — The Beaumont community will soon have a new way to get around the city with the help of the beaucycle.

The Beaumont Convention and Visitors Bureau is bringing ride share bikes to downtown Beaumont. As of now, the fleet has 24 bikes.

The bikes can be rented and returned at the Beaumont Convention and Visitors Bureau, the Civic Center, and the Event Center.

The Beaumont CVB is working on putting large QR codes on the sidewalks to give riders do-it-yourself routes to visit murals or scavenger hunts around the historic district, according to Cristina Lokey, Beaumont CVB’s marketing director.

“These are what we call like a heavy duty leisure bike,” Lokey said. “They are not going to necessarily go more than 30 mph. It is something that is regulated the state and federal government. It is a very inexpensive bike rental. We are talking like $5 for three hours.”

The bikes are a fun way for visitors and locals to take self-guided tours, she said.

"Each one of them have their own bike lock to the side that you are able to take the key to," Lokey said. "So, for many of our areas we may not necessarily have racks, but we do not need them because the bike locks itself."

The launch of Beaumont’s program comes at a time when other big cities have scaled back theirs due to safety concerns and clutter. With downtown having low traffic and wide sidewalks, the community should be fine, Lokey said.

The Beaucycles are simple to use Anna Featherston, an intern at the CVB, said.

"You just get the app, and then make a make an account; it is really quick,” she said. “You pay your $5 and anybody can go, and I think there is going to be a waiver so kids can do it, but generally it is 18 and up."

An app will be needed to be downloaded to use the bikes. The Beaucycles are expected to launch within the next few weeks.