Tony also participated in the Austin Pride Parade, doing live hits in the KVUE newscasts and taking over KVUE's Instagram. 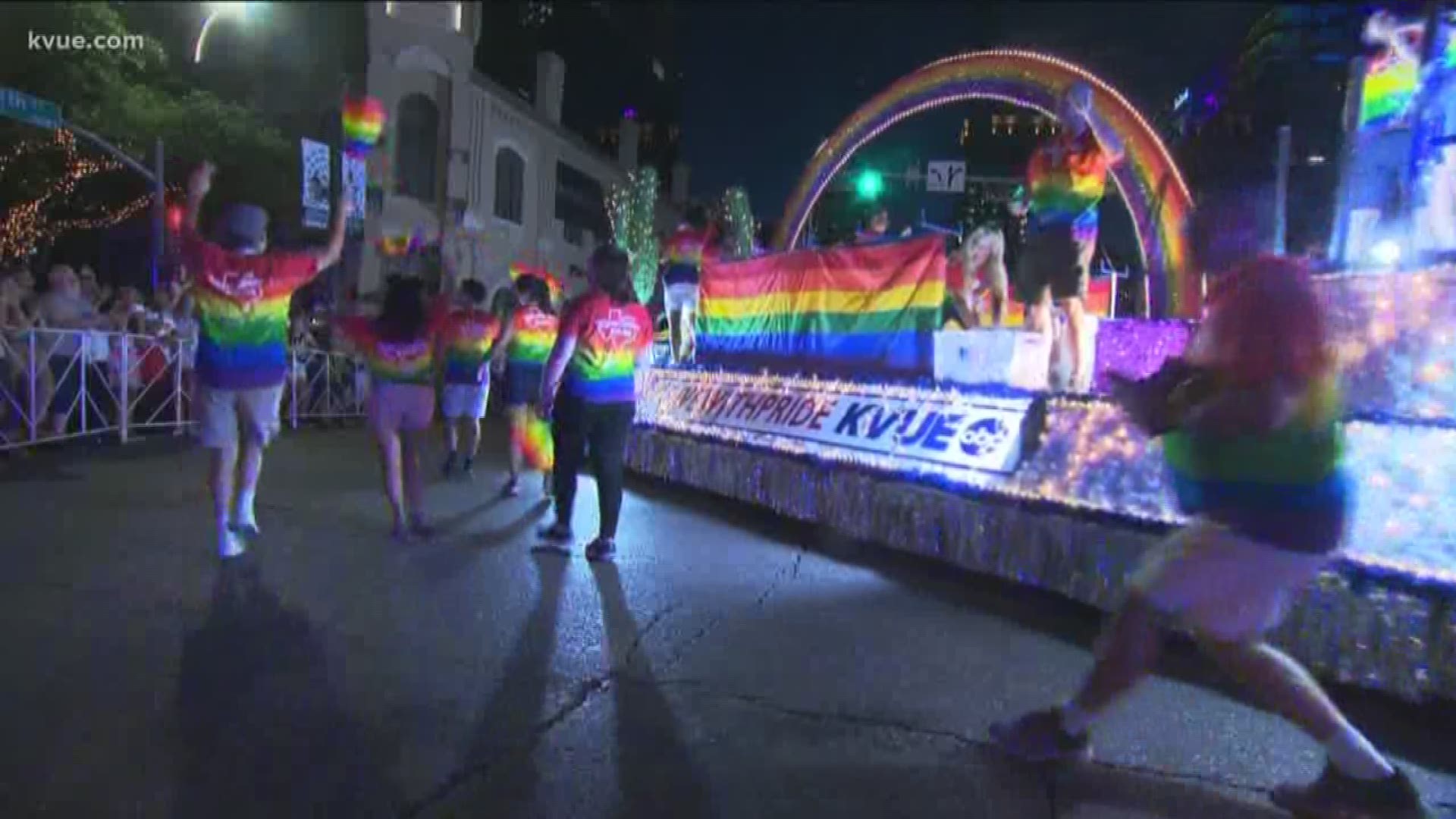 AUSTIN, Texas — Tony Plohetski, a reporter for both KVUE and our partners at the Austin American-Statesman, is an out and proud member of the LGBTQ community – but his path to self-acceptance wasn't easy.

In an essay he wrote for the Statesman in honor of Austin Pride, Tony talked about his experiences with bullying growing up in Mississippi in the '80s and '90s and the hatred he faced and, in turn, internalized.

Even as an adult, covering the legalization of marriage equality in 2015, Tony wrote that he still had doubts that he would ever be able to accept himself in a whole enough way that he could share his life with someone else.

Shopping for the perfect Austin Pride costume at Lucy in Disguise

"Surrounded by excitement, I can now openly admit I had to push down other emotions: a looming fear, trepidation and even self-hatred. I knew in my heart I wanted to, but would I ever have the guts to marry someone of the same sex? Could I really cast away years of upbringing in a deeply socially conservative place, embrace a sense of equality and believe for myself that love truly is love? Did I really deserve to get married, or was it a right only for gays and lesbians I interviewed that day, June 26, 2015?," Tony wrote in the essay.

But over the years, things got easier. Tony wrote that he was gradually able to become more open about who he is and the traumatic experiences he went through as a young man. Even more heartwarming: he's now engaged to be married in a few months!

You can read more of Tony's story on Austin360. He also participated in the Austin Pride Parade as part of KVUE's media sponsorship.

Additionally, he took over KVUE's Instagram, posting fun updates from the parade! Follow him on Instagram and Twitter and keep up with the #LiveWithPride hashtag to see all of the latest Austin Pride posts.

His fiance, Wroe, carried this adorable sign at the parade:

KVUE streamed the Austin Pride Parade on KVUE.com, on the KVUE app and on KVUE's YouTube page.

'The babies are with God and they're safe now' | Good Samaritan, witness speak after 3 siblings drown in La Porte