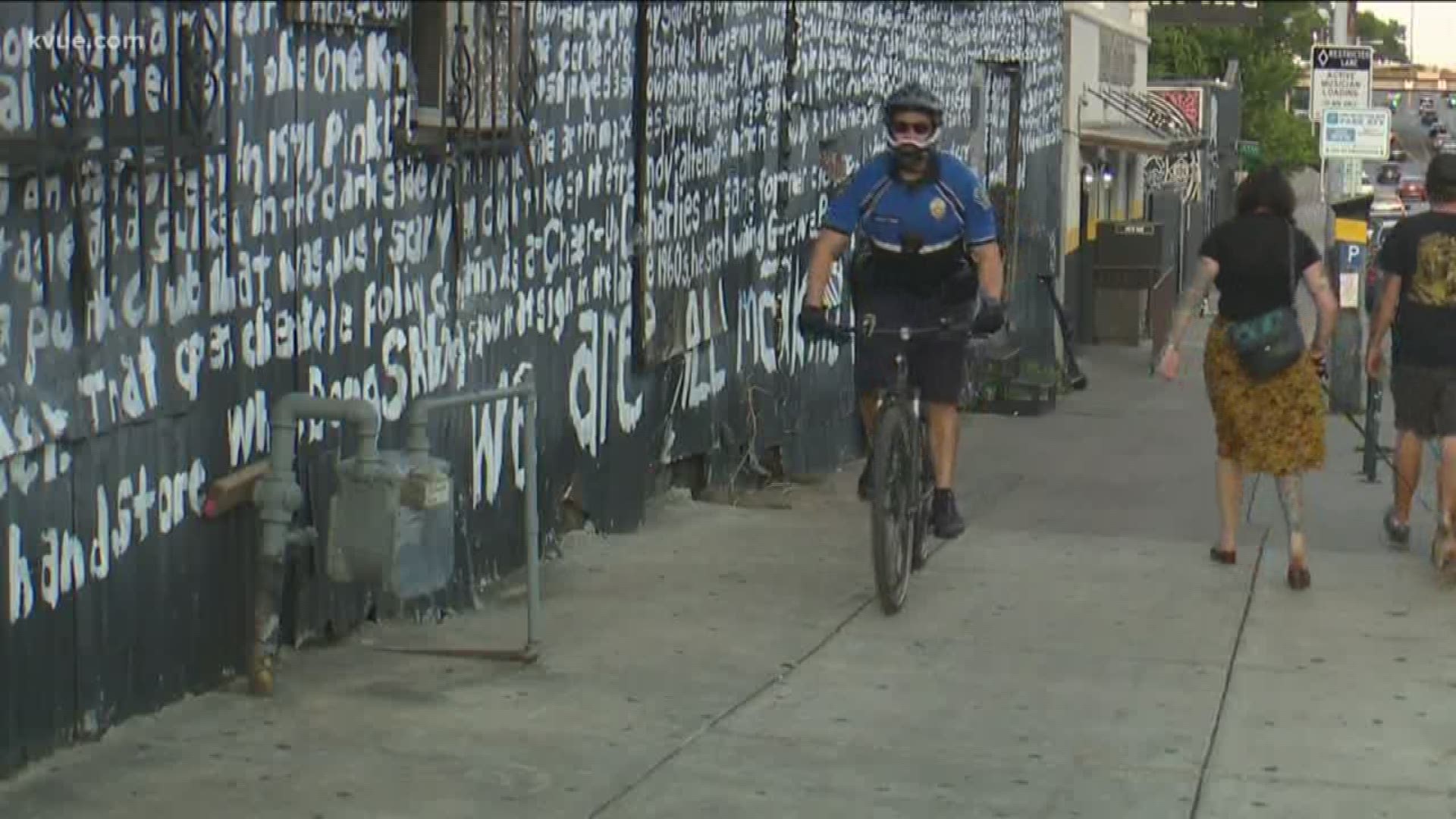 AUSTIN, Texas — Expect to see more Austin police officers if you head out to Downtown Austin this weekend.

"All downtown patrol shifts will go to mandatory 100% staffing, plus additional officers will be added to each shift," Chief Manley said Monday.

Those additional officers will come from the Organized Crimes Division.

The change was noticeable Friday night, according to Jessica Cohen, who works along Red River Street and witnessed the shooting on July 21.

"Just the difference between what I'm seeing tonight and what I saw last Friday ... it's night and day," Cohen said.

In cellphone video that captured the July 21 shooting on Red River and Seventh streets, Cohen can be seen helping the victim sit on the ground.

She said the violent crime downtown has gotten out of control.

"I saw a guy pull a gun out of his pants and shoot a girl, three times in the leg," she said. "I can definitely tell you this past month and a half has been a dramatic increase when it comes to violence."

The increase in staffing will happen every weekend moving forward – a change Cohen said has already made her feel a little bit safer.

"It's a little bit comforting that maybe I'll be able to go through one weekend without having to put a band-aid on somebody," Cohen said.

Chief Manley said the increased weekend staffing will continue until the department sees the issue has been addressed or until it finds another solution.

"I want to assure the ensure this community that the men and women of the Austin Police Department are, and will continue, working hard for you," Chief Manley said.

Along with the staffing bump, APD will increase lighting in areas near some of the recent shootings for both the public and the officers' safety.

Ex-DPS official accused in brutal rape bonds out of jail

Austin police urge joggers, hikers and bikers to be aware on trails