Blues On The Green postpones shows amid 'public health emergency'

Austin City Limits Radio said the decision to postpone its Aug. 10 and 11 shows was "wholly our call." 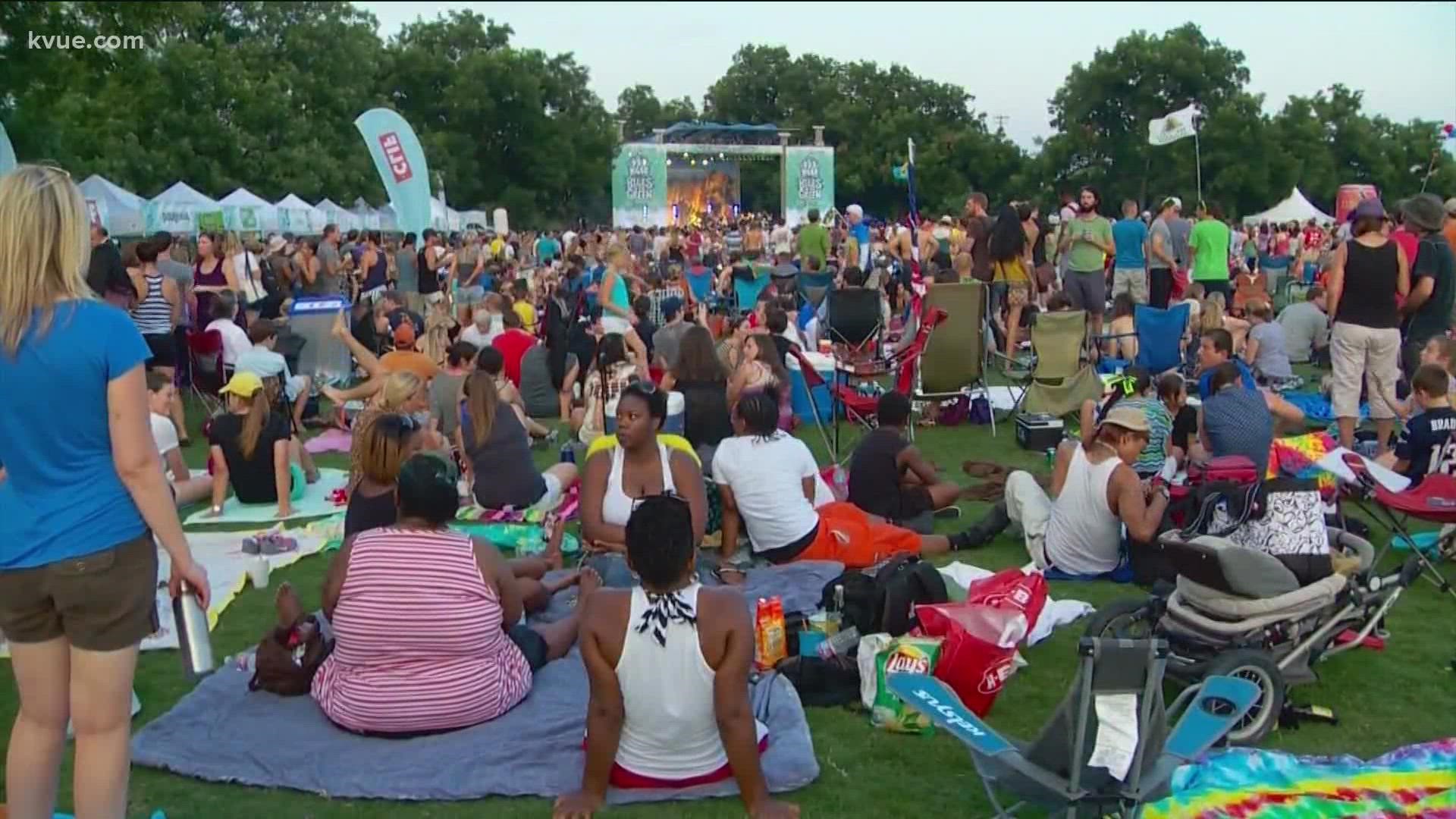 AUSTIN, Texas — As the Austin area continues to power through its latest COVID-19 surge, Austin City Limits Radio announced Monday that it will postpone its remaining Blues On The Green shows at Zilker Park.

The radio station was planning to host shows on four nights this summer. The first two events occurred on July 27 and July 28. July 27 featured local guitar legend Gary Clark Jr. with a handful of select musical guests, and July 28 featured Mobley and Kalu and The Electric Joint.

This week's shows were set to feature an All-Star Revue selected by Grupo Fantasma on Aug. 10, and Zach Person and SirWoman on Aug. 11.

Austin City Limits Radio said the decision to postpone its Aug. 10 and 11 shows was "wholly our call."

"This was a gut decision that right now, on this particular Tuesday and Wednesday, at this point in the pandemic, it just didn't feel right and it didn't feel right as a family-friendly, community-wide, absolutely free live event in a city park," said Andy Langer with ACL Radio.

ACL Radio's full statement can be read below:

As a result of the latest wave in this public health emergency, we've made the decision to postpone the Austin City Limits Radio Blues On The Green shows scheduled for August 10 and 11.

This was wholly our call and we're grateful for the understanding and cooperation we've received from the artists that were set to play, the sponsors and vendors that make Blues On The Green possible, the Austin Parks And Recreation Department, and the Austin public health officials we've consulted with all along the way.

As soon as we know more about rescheduling these shows, we'll share that information. Right now, this is the way. And in the meantime, we urge everyone to follow public health protocols laid out by the city and to get vaccinated so we can enjoy free live music in Zilker Park.

Blues On The Green is celebrating its 30th anniversary this year.

'How are we supposed to wake up and go to a funeral for five babies?': Neighbors mourn 5 children killed in East St. Louis fire

I-35 and US 183 closures start for flyover reconstruction