A St. Louis County Police officer and United States Army veteran claimed he is purposely being held back at work because he is gay. 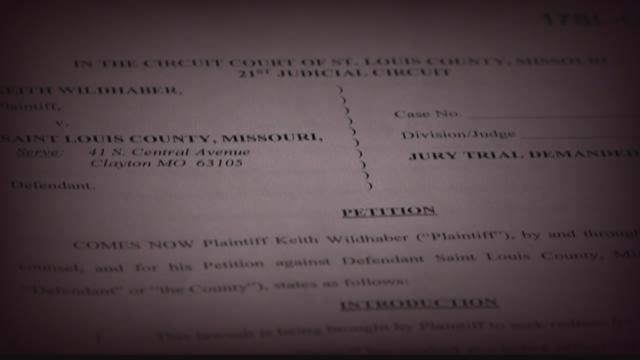 A St. Louis County Police officer and United States Army veteran claimed he is purposely being held back at work because he is gay.

Sgt. Wildhaber joined the department in May 1994 after serving in the armed forces for four years.

In the lawsuit, he claimed that over the last three years he has applied to become a lieutenant multiple times.

But, the suit alleged he has been repeatedly passed over despite a clean disciplinary history, excellent performance reviews and a strong resume while other colleagues received promotions.

The reason? Sgt. Wildhaber argued it’s because he doesn’t conform to the county’s gender-based norms, expectations and preferences.

Sgt. Wildhaber claimed he was informed by a former member of the St. Louis County Board of Police Commissioners that command staff had a problem with his sexuality, and that if he ever wanted to get a promotion, he would have to tone down “his gayness.”

According to the suit, about a month later, Sgt. Wildhaber was unfairly reassigned from working afternoons at the Affton precinct near his home to working overnights in Jennings, about 30 miles from where he lives.

Sgt. Wildhaber argued these actions from the county are intentional and malicious and have caused him emotional distress, humiliation and diminished employment status.

The suit seeks damages, back pay, lost benefits and an immediate promotion to Lieutenant among other things.

Five on Your Side reached out to the department to get an interview with Chief Jon Belmar for this story, but that request was denied.

A spokesman for the agency said the department’s main focus is on recruiting outstanding candidates no matter what their status is, including sexual preference.