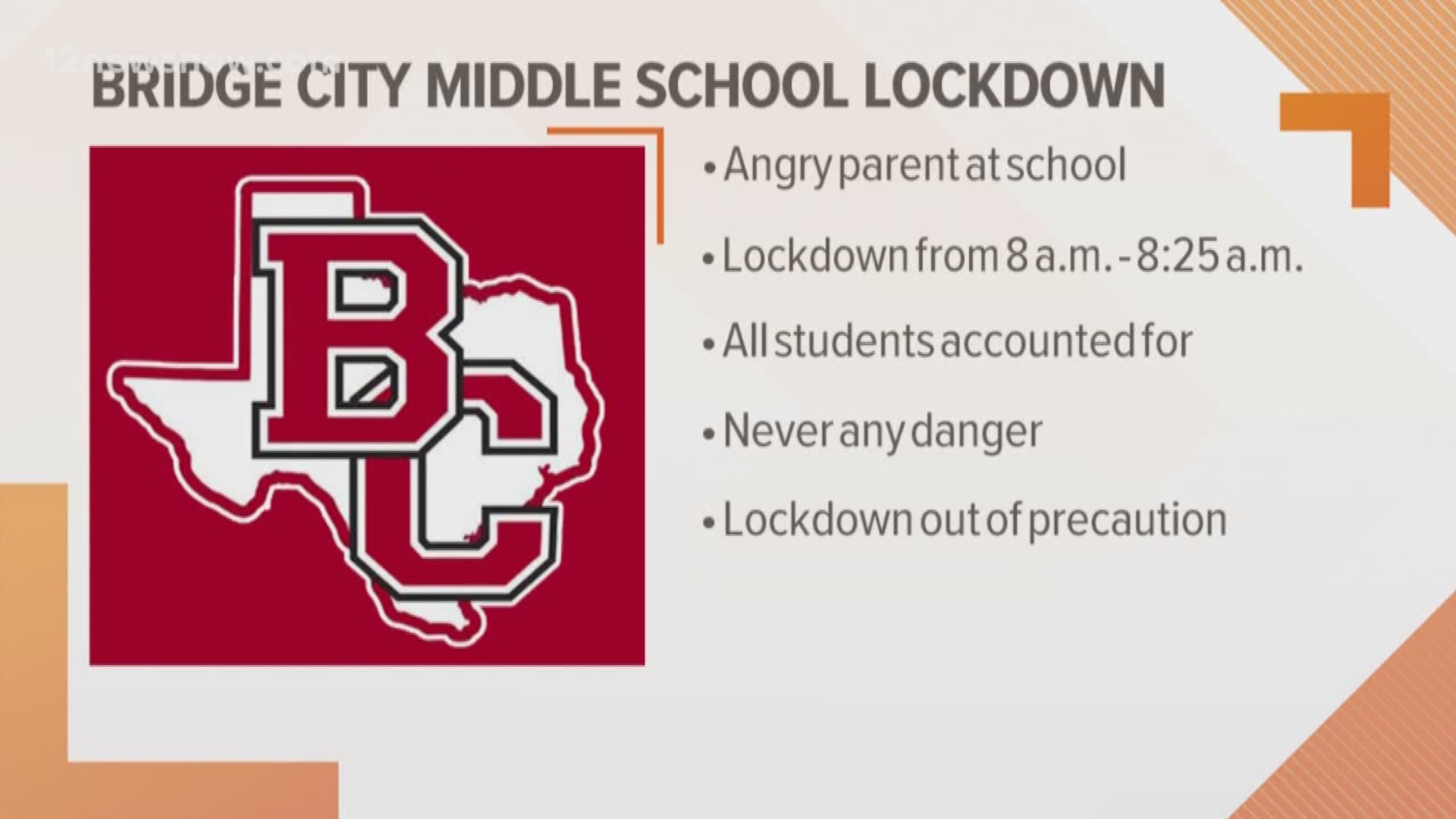 BRIDGE CITY, Texas — Bridge City Middle School was placed on lockdown Wednesday morning because of an angry parent, according to the school district.

In a post on the Bridge City ISD Facebook page, officials said that the parent confronted administration around 8 a.m.

"Bridge City Middle School immediately advised the staff to go into a lockdown," the Facebook post said. "Restrooms and hallways were cleared, all doors were locked, there was an accounting for all students, and no one was allowed to enter or exit the building. BCMS remained in lockdown until 8:25am."

An automated phone message was also sent to parents.

Bridge City ISD says that students were never in any danger and that the lockdown was a precautionary measure.

"Teaching and learning continued, uninterrupted — both during the lockdown and after it was lifted," the Facebook post stated.