"There are two Americas, separate and unequal, where one is afforded every opportunity under the sun and the other has to fight for their life." 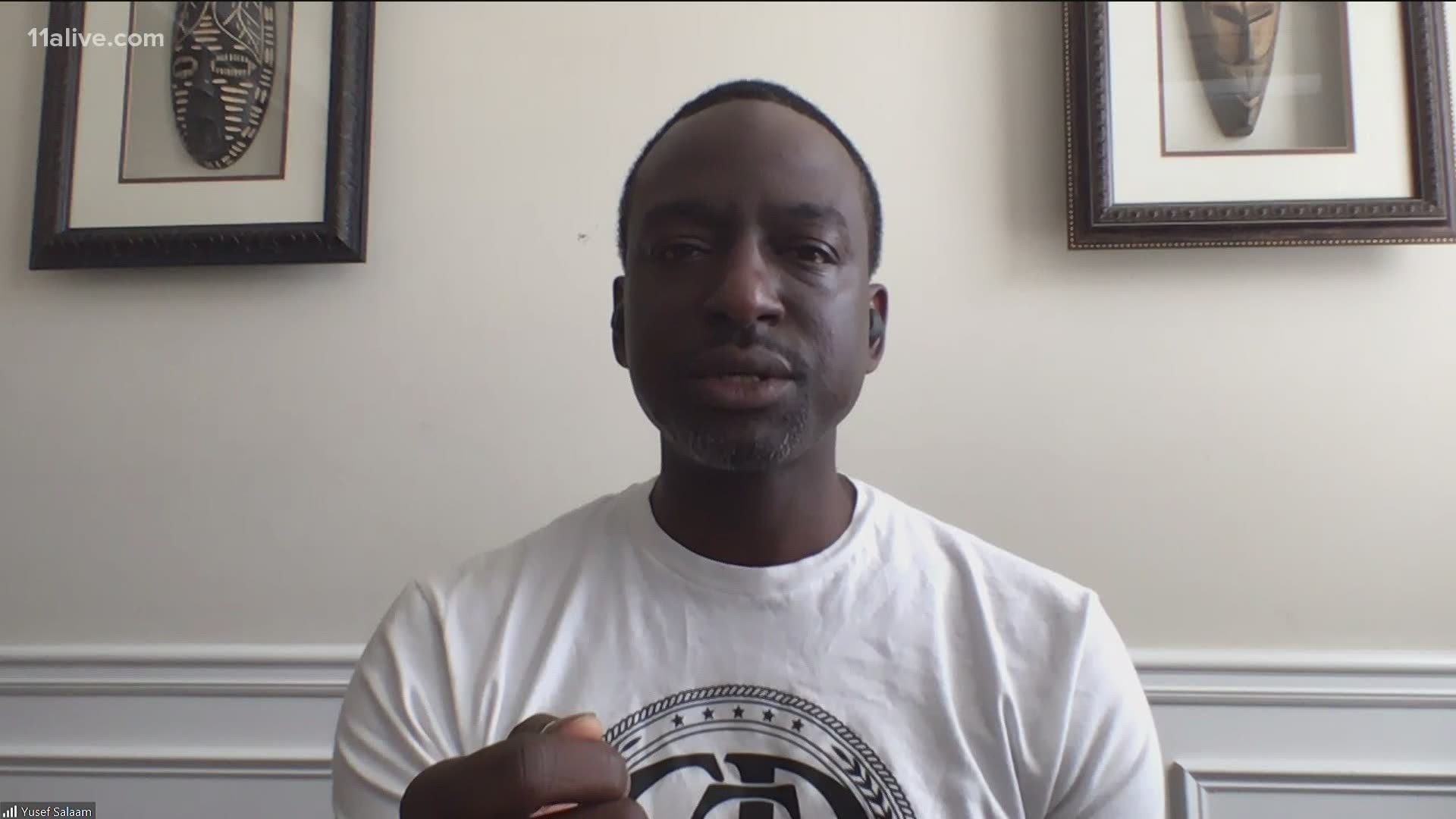 On social media, the shooting death of Ahmaud Arbery is being called a misstep of justice. One man who knows that all too well is Dr. Yusef Salaam -- one of the "exonerated five."

He served nearly seven years for a crime he did not commit.

"Here we are 31 years later where black folks are seen as suspects. We’re seen as guilty before we can even mount a defense," said Dr. Salaam.

It’s been 31 years since Salaam was wrongfully convicted as part of a group of black and latino teens known as the "central park five."

New evidence exonerated him 13 years after his conviction.

But, he says the cracks in the justice system remain the same.

"There are two Americas, separate and unequal, where one is afforded every opportunity under the sun and the other has to fight for their life," he said.

RELATED: What we know about Gregory and Travis McMichael and the Ahmaud Arbery case

The family of 25-year-old Ahmaud Arbrey's family says he was shot and killed by two white men while out jogging through a Brunswick neighborhood in February.

The men say Ahmaud looked like a burglary suspect. So far, they have not been charged for his death.

"I shudder to think about where this case is going because they always stack the deck and they make sure that it appears that the person who was victimized is seen as a suspect," Salaam stated.

Protests demanding justice erupted in on the streets of Brunswick Tuesday. Demonstrators shouted, "I run with Maud."

Salaam believes that is the kind of continuous pressure that is needed for criminal justice change to happen.

"We have to continue to show up. We have to. Our lives depend on it. We can’t let someone instill fear on us that will erase the hope of tomorrow," he said.

The Georgia Bureau of Investigation joined the investigation Wednesday. It has assigned three of its top agents to the case.

The Arbery case is now on its third prosecutor. Two others had to recuse themselves due to conflicts of interest because one of the men involved in the incident is a former police officer in Glynn County.

A grand jury is expected to hear the case, but due to Coronavirus that won’t happen until June 1st at the earliest.