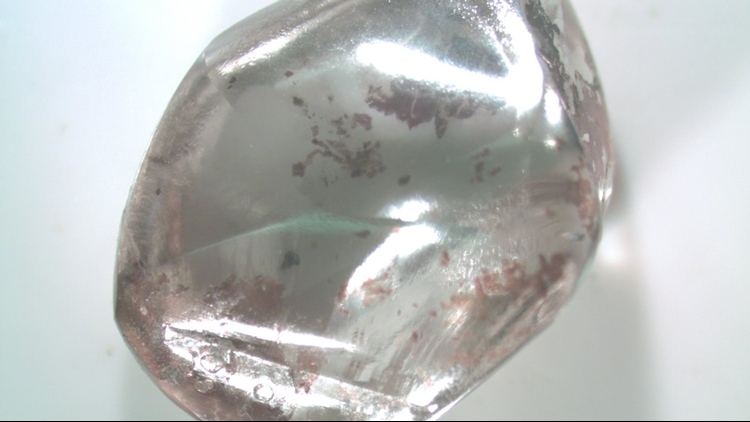 A 71-year-old woman from Aurora, Colorado found an 2.63 carat ice white diamond while searching at Arkansas's Crater of Diamonds State Park in Murfreesboro.

The woman, who wants to remain anonymous, said that her and her family were searching for about 10 minutes when she found the diamond.

She found the gem between the East Drain and North Wash Pavilion in the park's 37.5-acre diamond search area.

"I was using a rock to scrape the dirt but don't know if I uncovered the diamond with it or not," she said. "It was just lying on the surface!"

At first, she just thought it was a cool piece of glass and her son put it in his pocket while they continued searching.

Once staff members looked at the gem, they notified her it was the largest diamond found in 2018 so far.

The woman named her gem Lichtenfels, after her hometown in Germany. The word means "a rock between two lights."