The family is hoping a GoFundMe and link sale can help cover costs and pay for their expenses. 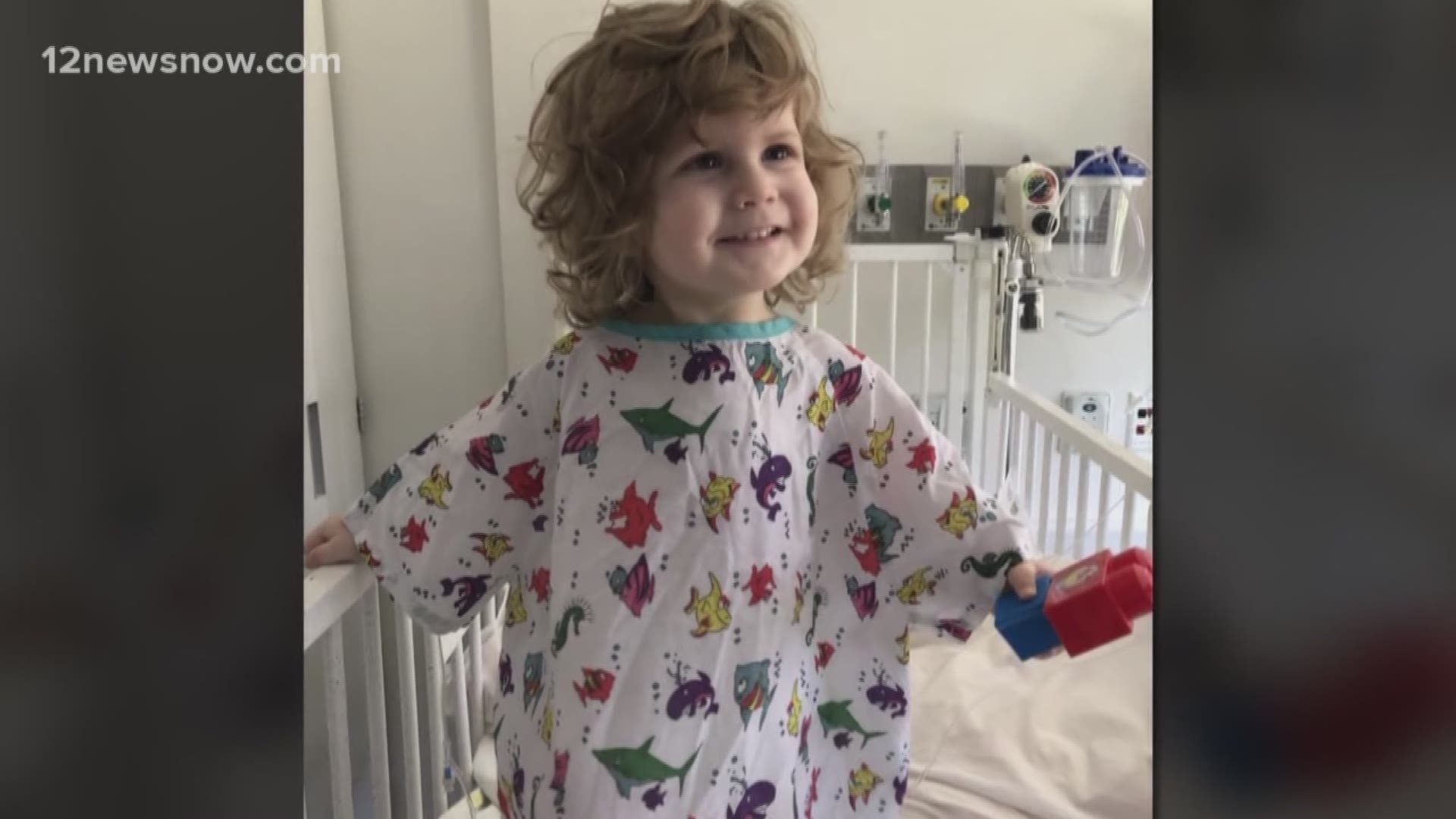 BEAUMONT, Texas — A family in Beaumont is on a mission to give their toddler the best chance possible at fighting a rare disease. 2-year-old Lincoln Lillywhite has Schwachman Diamond Syndrome (SDS). It's a bone marrow failure syndrome, typically characterized by low white blood cell counts, pancreatic insufficiencies, and short stature.

Despite that, his mom, Savannah Lillywhite, said Lincoln is still very sweet, loving, and resilient. In fact, she says he's stopped crying midway through getting his blood drawn because he's getting used to it.

"Even in our hospital stays, he's happy and it really taught me to find joy when things are hard," Lillywhite said.

SDS is a battle Lillywhite and her husband have fought before. Five years before Lincoln was born, their middle child Andrew was born with SDS. They had a healthy 3-year-old, and had never heard of it before. Lillywhite said Andrew lived his entire three and a half months at the hospital. He was mostly affected by his skeletal system. Lillywhite said eventually his rib cage became so narrow he couldn't breath, even with oxygen. 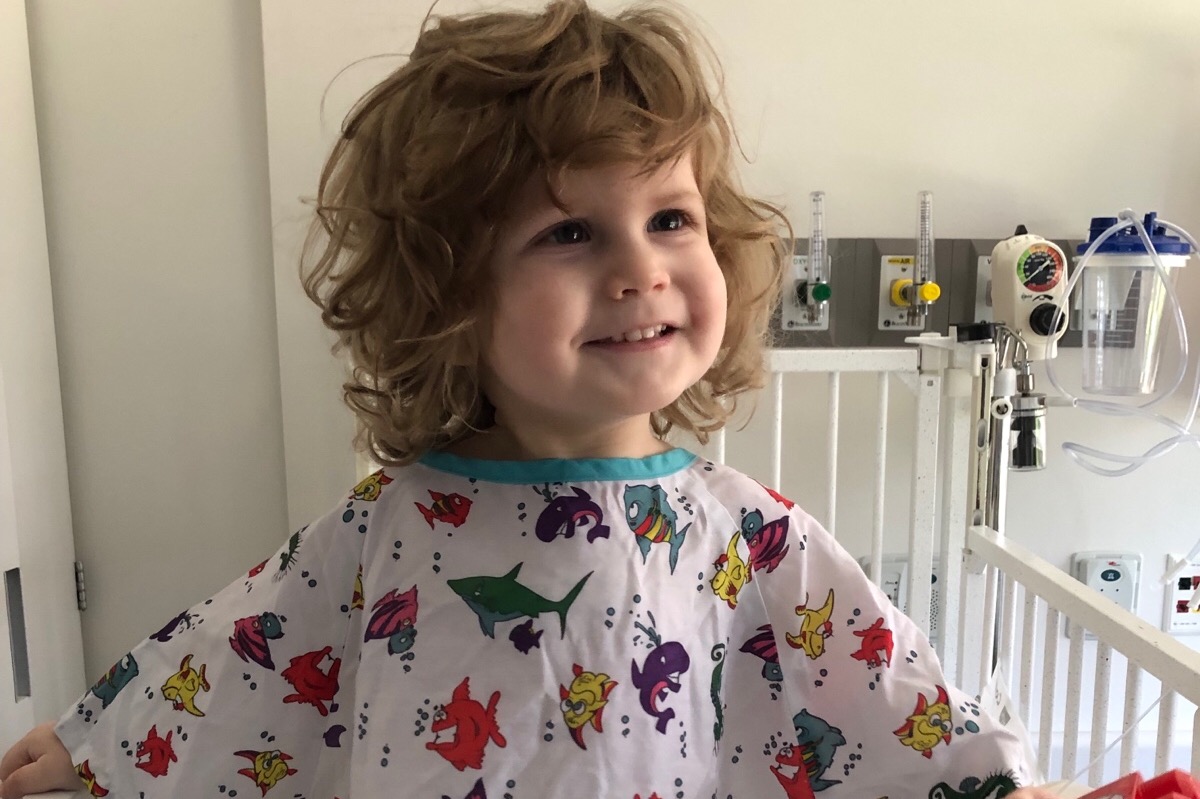 Click here to support Bone Marrow Transplant organized by Savannah Leigh Lillywhite
Lincoln is going to have a bone marrow transplant in the next few months. In order for us to be with Lincoln, we will have to miss work and take pay cuts, adding an additional financial strain along with the emotional one.

After Andrew died, Lillywhite promised herself she wouldn't go through something like that again. Four years later, however, they felt like they were supposed to have another baby. The couple attempted in vitro fertilization, but it didn't work. Not long after, along came Lincoln.

While Savannah was pregnant, they learned Lincoln also had SDS. Lillywhite said the news was like getting hit by a semi truck. After already losing Andrew, the family was scared they'd be burying another child.

"When we found out Lincoln had SDS we were prepared to do anything and everything, even if it was hard," Lillywhite explained.

Lillywhite became involved in the SDS foundation and got to know other families fighting the same battle. She learned there was hope for people with SDS, and that some can live somewhat normal lives with lots of medical intervention and monitoring.

The first 18 months were mostly uneventful. Lillywhite said Lincoln had feeding issues and needed a feeding tube, but he was mostly typical. Despite having to be bubbled up and home a lot, like most kids, Lincoln loves Mickey Mouse. He isn't able to be around many people or go in public places often, because of germs.

"It's been a crazy, hard journey, but we've had lots of wonderful moments, and I wouldn't trade my family for anything, even for it to be easy," Lillywhite said.

This past February, Lincoln started showing more symptoms. His doctors decided his best bet would be giving him a bone marrow stem cell transplant. Without it, he's prone to MDS, a type of blood cancer, and AML Leukemia.

"For them, once it appears it tends to be aggressive, and the prognosis for survival is slim to none," Lillywhite explained.

It's a multi-organ disease. Lincoln doesn't have the strongest organs, and the chemo therapy and post transplant anti-rejection medication could be very hard on his body. Lillywhite said there may be delayed consequences as well, but the procedure is their best bet.

"I love him more than anything, and I'm not burying another, it's just not going to happen if I can help it," Lillywhite said.

As they get older, children with SDS are at risk of liver failure. That's why Lillywhite said it was important for them to choose the center with the most experience with transplants. The one they've chosen in Cincinnati has one of the best specialists in the country, with knowledge on  how to minimize the toxicity of chemo and have the least amount of damage. Even with the best, the procedure is life-threatening.

"They tend to crumble during transplant, so we need someone who's experienced watching for the signs of that, and have ways to treat it with the least possible organ damage," Lillywhite said.

Despite this, Lillywhite considers Lincoln lucky. He has numerous matches in the bone marrow registry, despite only 2% of the country being registered. One way people can help is by joining.

"Especially for mixed races or minorities, their chance of finding a match are slim, and I have personal friends that their children died from this disease, because they didn't have a match," Lillywhite said. 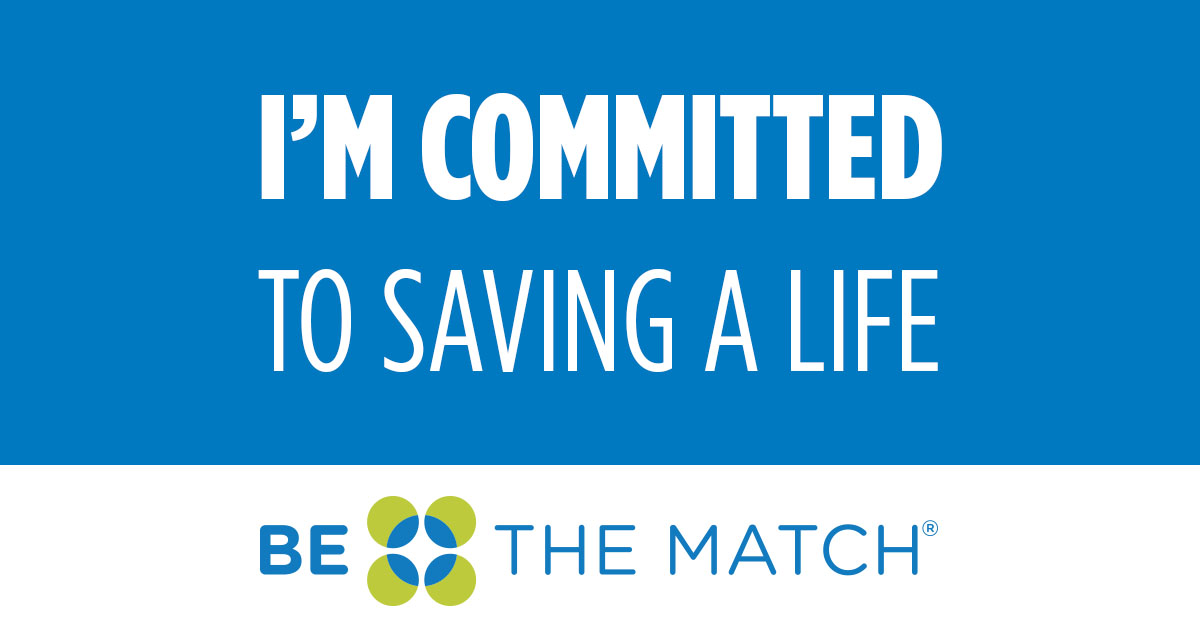 Join Now!
I joined the Be The Match Registry for patients in need of a life-saving bone marrow transplant! Will you join too?

The procedure won't cure Lincoln. Lillywhite said they'll still have to monitor him closely, but his quality of life is going to be so much better. They leave for Cincinnati the first week of November, and will have to stay for at least three months. The expenses will be costly, the Lillywhite's will have to maintain a place to stay both there, and their home in Beaumont. One friend who went through the transplant spent approximately $25,000.

"We've been very blessed by so many people, people we don't even know and that's how we're going to be able to do it," she said.

It's hard for Lillywhite to ask for help and rely on others. She's thankful for the people who have contributed to help make this possible for Lincoln. They have a GoFundMe set up, as well as friends planning a link sale fundraiser at Daws Law Firm in Beaumont Saturday.

"October 19th, which is actually the 7 year anniversary of when my son Andrew passed away," Lillywhite said.