The eatery earned high marks for what the publication calls the "best brisket and pork ribs in southeast Texas." 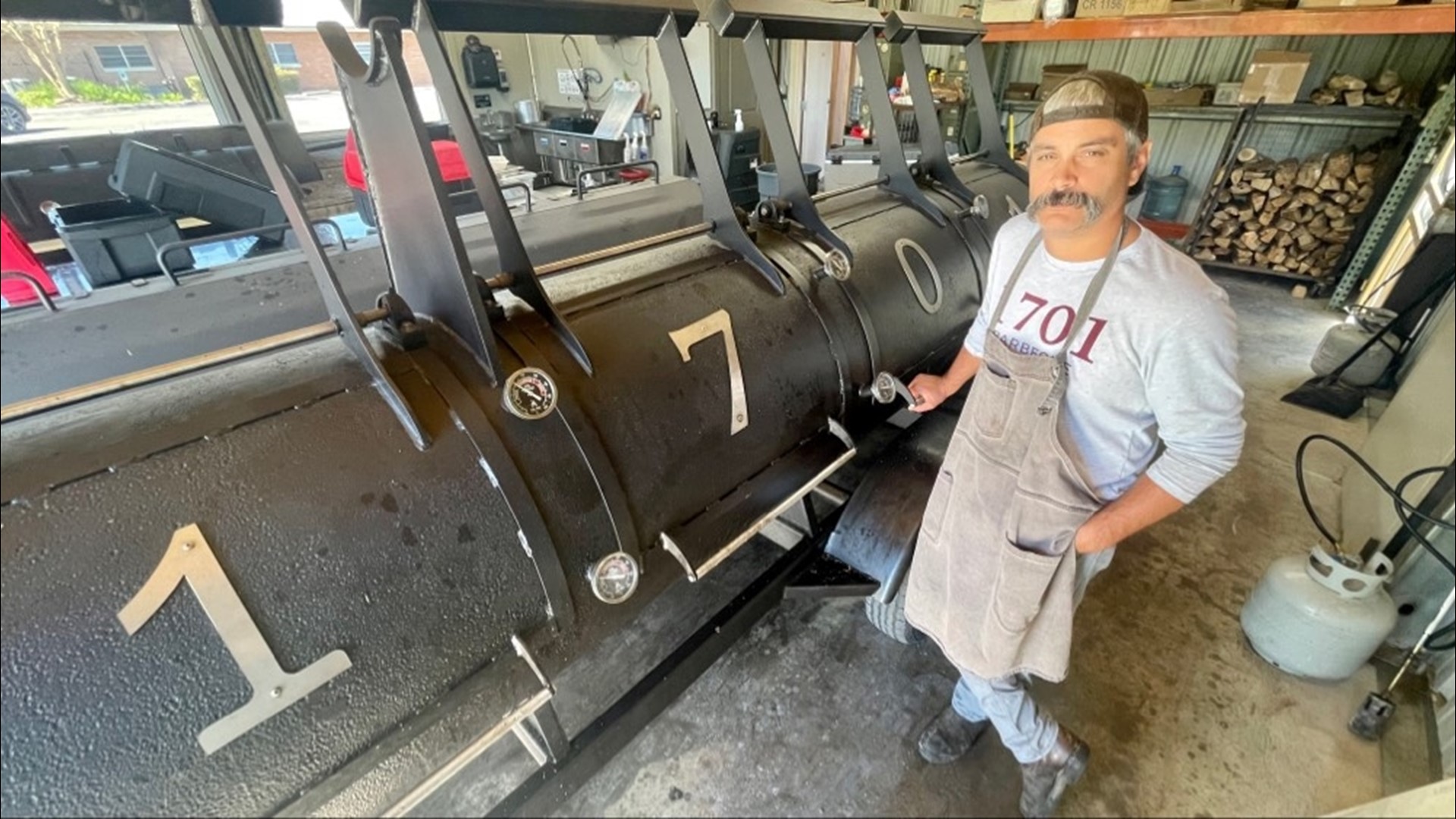 1701 Barbecue on Calder boasts a spot on the publication's list thanks to the "best brisket and pork ribs in southeast Texas."

The eatery got high marks for the "juicy brisket" that "sports a thick crust, and the pork ribs are just sweet enough," according to Texas Monthly.

1701 Barbecue is open Tuesday through Saturday from 11 a.m. until 2 p.m., or until the food sells out according to its Facebook page. A pro tip offered by Texas Monthly: "Come early—this joint often sells out well before 2 p.m."

Owner Blue Broussard told 12News on Monday that making the list came as a surprise and he "had no idea" he would see his restaurant on the list Monday morning.

"That's pretty rewarding to see," Broussard said. "And such an honor for us to make that list."

1701 also got a pat on the back for its "juicy, snappy, coarse-ground sausage and freshly made peach cobbler." Texas Monthly didn't forget to mention the eatery's turkey, sweet-jalapeno-relish potato salad and cilantro slaw.

General manager Travis Cox said the business has been open for about 10 and a half months.

"We're proud of our team," Cox said. "This is pretty unexpected for us, but we work hard everyday. We're here trying to produce a consistent product. We're thankful that Beaumont, Southeast Texas has come out to support us the way they have since day one."

RELATED: Texas Monthly released its 'Top 50 Best BBQ Joints' and these Houston-area eateries made the list!

1701 Barbecue opened its doors in 2020. Blue Broussard, Travis Cox, Jacob Golmon, Derek Ray, Colton Savoie and Gage Stark were mentioned by Texas Monthly as the pitmasters of 1701 Barbecue. It's located at 1701 Calder Avenue in Beaumont.

This is Texas Monthly's sixth top 50 list since 1997. Staffers visited more than 400 BBQ joints and drove thousands of miles to determine which ones were worthy to make the list. Visits were not announced in advance.

Goldee's Barbecue in Forth Worth took the first place spot, with InterStellar BBQ in Austin landing at number two. Houston's Truth Barbeque was recognized as the state's number three joint.