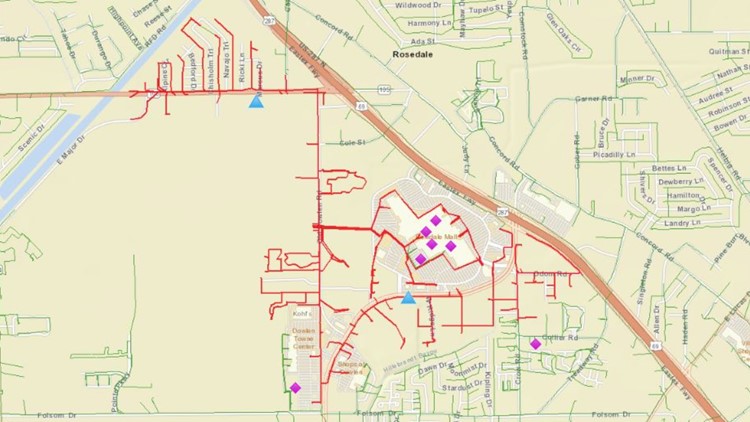 BEAUMONT, Texas — More than 1300 Entergy customers in Beaumont near Parkdale Mall were without power for several hours Friday afternoon.

The Entergy online outage map showed two outages of 669 and 692 customers along Dowlen Road, Old Dowlen Road and Texas 105 at about 1:30 p.m.

By about 3:20 p.m. it appeared that nearly every customer's power had been restored based on Entergy's online outage map.

Parkdale Mall appeared to have been affected as well as some stores in Dowlen Town Center which includes Kohl’s and Kroger.

Energy spokesperson Andrew Schonert told 12News at about 1:30 p.m. that almost half of the customers had their power restored.

Entergy is working to determine the cause of the outage he said.

Facebook users were posting about traffic snarls along Dowlen Road.

Customers along Dowlen road from U.S. 69 to Folsom Road, Old Dowlen between Dowlen and Texas 105 as well as 105 west to the LNVA canal appeared to be affected.

Restoration times are estimates only according to the Entergy website.

"Indication that power is restored to your area does not guarantee your house/business has power. We cannot restore power to structures with damaged electrical equipment," according to Entergy.

Entergy has an online outage map where you can view outages in their service area.