The dead person is not a police officer nor a juvenile, Fort Worth PD confirmed. 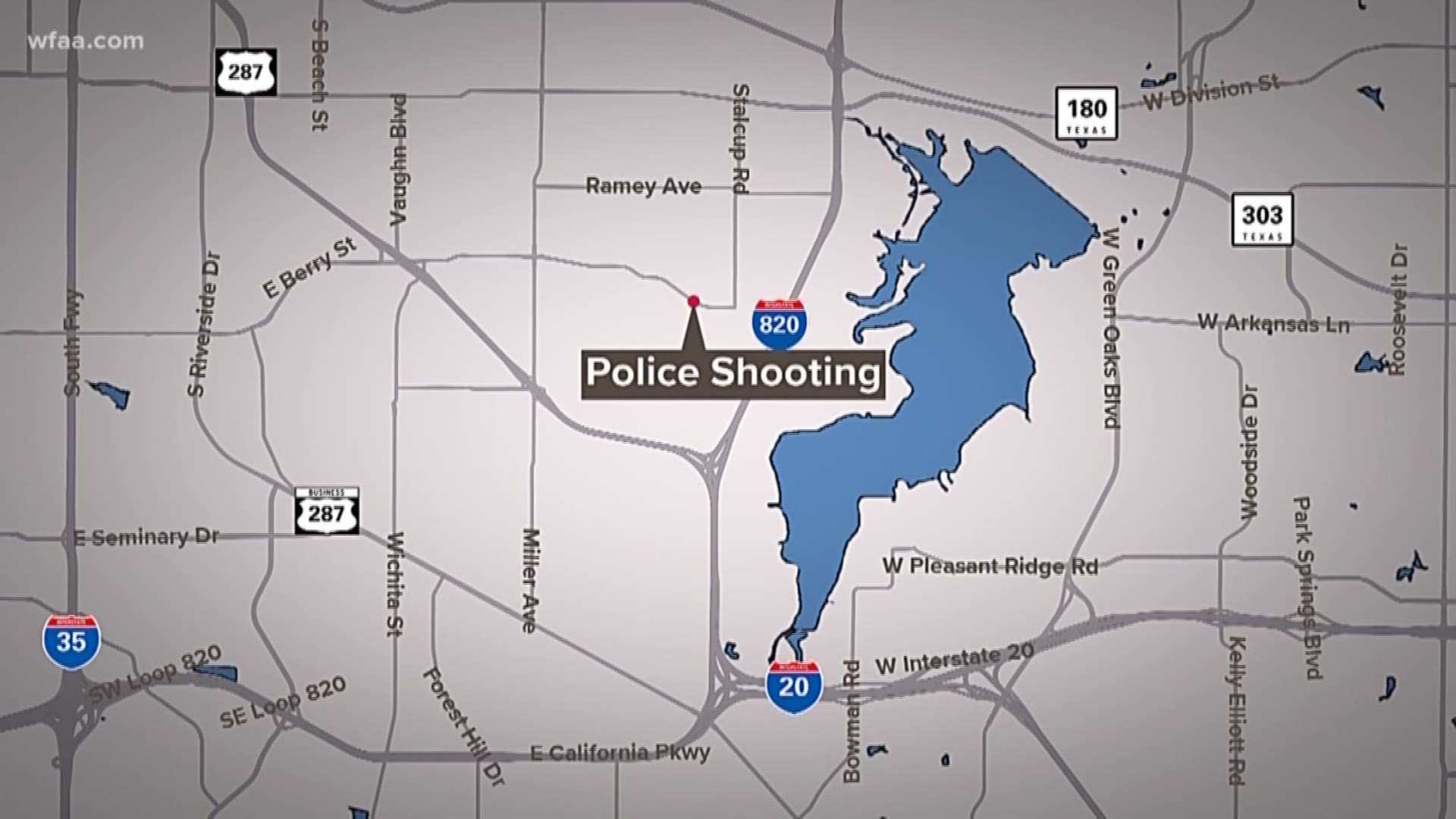 FORT WORTH, Texas — Updated at 9:53 p.m. with suspect information.

One person was killed in an officer-involved shooting around 4 p.m. near East Berry Street and Lauretta Drive in Fort Worth, according to Fort Worth Police.

Police were in the area looking for an aggravated assault with a deadly weapon suspect. They said they saw the suspect get into a car with two other people.

When police pulled the vehicle over, they said all of the people in the vehicle ran away, but two were later taken into custody. The third person was found hiding in a nearby truck, police said.

In an attempt to arrest the suspect, "shots were fired and the suspect was struck by gunfire," according to a statement form Fort Worth police. Officers said they immediately tried to render first aid, but the suspect was pronounced dead on the scene. They also said a gun was found near the suspect.

Fort Worth police reiterated that there were no juveniles involved in this shooting.