Lawsuit: North Texas dealership wrecked customer's car while it was in the shop, then tried to cover it up

The lawsuit, which was filed last week, says a service member at Central Kia of Plano got into a wreck with a customer's car twice in one day. 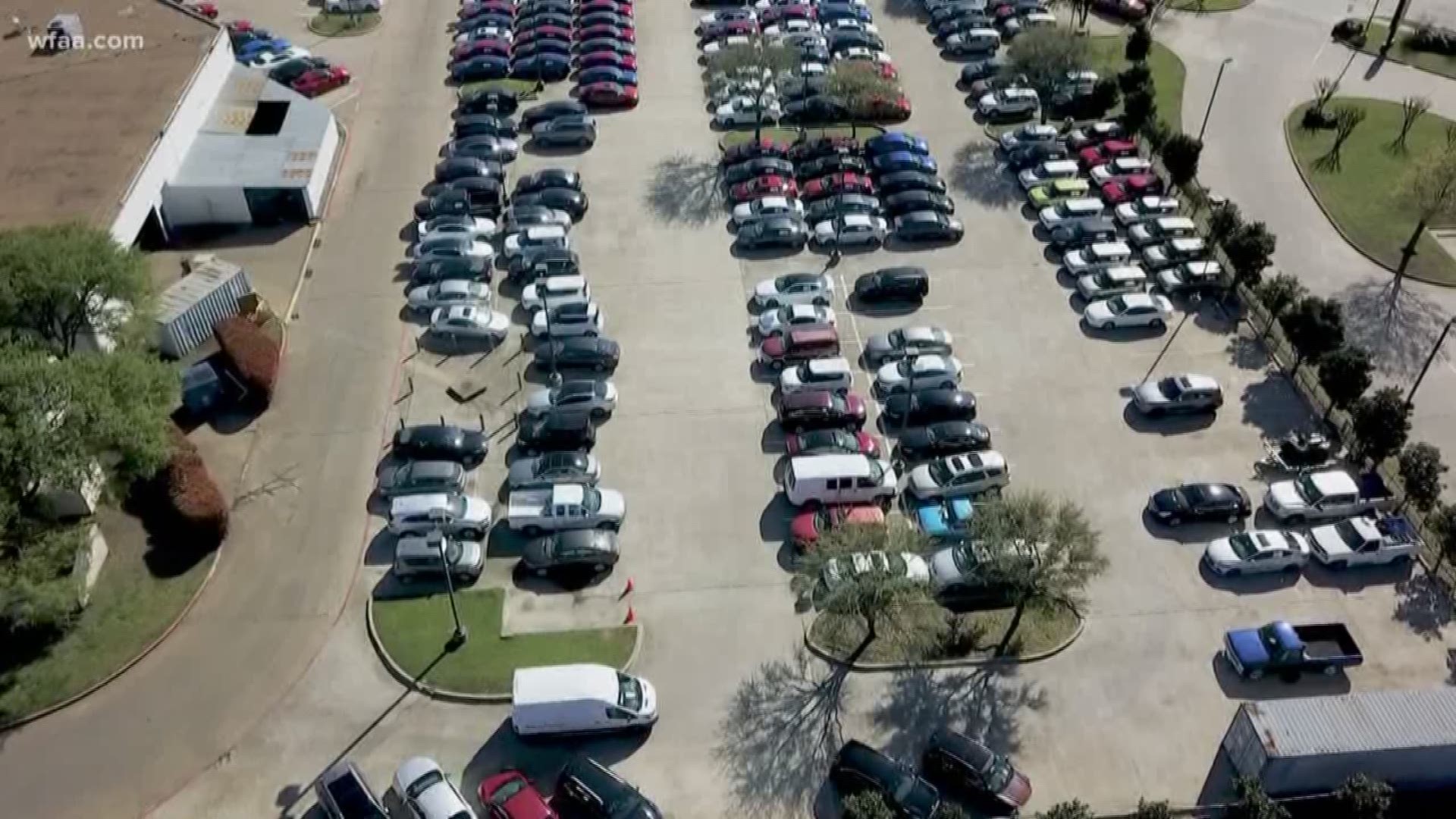 PLANO, Texas — A car dealership in Plano is now at the center of a civil suit that claims an employee wrecked a customer's car while it was being serviced, and then fixed the vehicle without revealing what happened to the customer.

The suit, which was filed last week by Greg Jewell, targets Central Kia of Plano.

Jewell is a Collin County resident and an executive for Origin Bank.

In 2017, Jewell said that he purchased a new 2016 Kia Sorento from the dealership. Jewell told WFAA that he drove the car off the lot feeling content.

"It's Kia. It's not sexy, but it certainly is practical," Jewell said. "It's good, basic, dependable transportation with a 10-year warranty. How could you go wrong?"

According to the lawsuit, Jewell was having a problem with a squeak in his passenger door around April of 2018.

After taking the car in a few times, he dropped it off to be fixed under warranty on April 26.

Unfortunately, Jewell had a serious health issue two days later on April 28 and was hospitalized. He couldn't drive for weeks.

So, Jewell told WFAA that he asked his wife to call the dealership and let them know what happened and that he wouldn't be behind the wheel anytime soon.

"She told them to take their time, and to find out where the squeak is," Jewell said.

Per the lawsuit, the car was in the shop for 39 total days before the Jewells finally picked it up on June 4, presuming all was well.

But Jewell would soon be in for an unpleasant surprise.

Starting in September, Jewell began to get calls and letters from two different insurance agencies that said he owed money after his car was in two separate accidents on May 30 in Allen along North Central Expressway.

The location of the two accidents was roughly around 12 miles north of the dealership, Jewell said.

Immediately, he said, a red flag went up. On May 30, Jewell was hospitalized in connection to his health issues — and Central Kia still had custody of his car.  "I took the letter to the dealership and asked, 'Did you guys wreck my car?'" Jewell said.

After talking with the two insurance companies, Jewell got in contact with one of the victims from the accidents who shared pictures with him.

In one photo, Jewell showed WFAA that you can see what appears to be a service tag belonging to Central Kia on the mirror of his banged-up car.

In another picture, according to the lawsuit, you can see a Central Kia employee reaching for something in Jewell's car while wearing his dealership uniform.

Jewell said that the dealership denied to him that one of their employees wasn't behind the wheel, according to the lawsuit

"How does a business do this to a consumer?" Alexander said. "To say that this person who drove Mr. Jewell's car didn't even work there? It's a good thing I was sitting down because you could have knocked me over with a feather."

"You can't make this up. It's egregious and unconscionable," Alexander added.

Jewell also told WFAA that he went to a body shop just 2 minutes north of Central Kia and asked them to run his VIN number.

He showed WFAA a receipt that came back with $346 worth of work done to his front bumper just days after the reported accidents for a customer named, "CEN 0."

"I'm not a body shop expert, but it's pretty obvious that they wrecked my car," Jewell said.

WFAA has been in contact with Central Kia's attorneys for several days, who declined to comment on pending litigation.

Jewell told WFAA that he just wants a new car at the very least — and some answers. To this day, he doesn't know why someone was driving his car 12 miles away from the dealership.

"That's not a test run. Quite frankly, I don't feel comfortable driving this car. How do I know it's safe?" Jewell said.

"I still think I bought a quality car, I just bought it from a really bad dealer."

Two other service employees for the dealership are listed as defendants in the suit, and a third defendant is described as the service employee who was behind the wheel during both accidents.

Per the lawsuit, a victim of the accident exchanged information with a Denzel Johnson at the scene of their crash.

When purchasing or repairing a vehicle, many consumers can feel overwhelmed by the process. There is a lot of paperwork involved and a lot at stake. The last thing consumers need is a dealership scam.

Here are some helpful tips to avoid becoming a victim of auto dealer fraud:

If a situation like this has happened to you, here's what you can do: