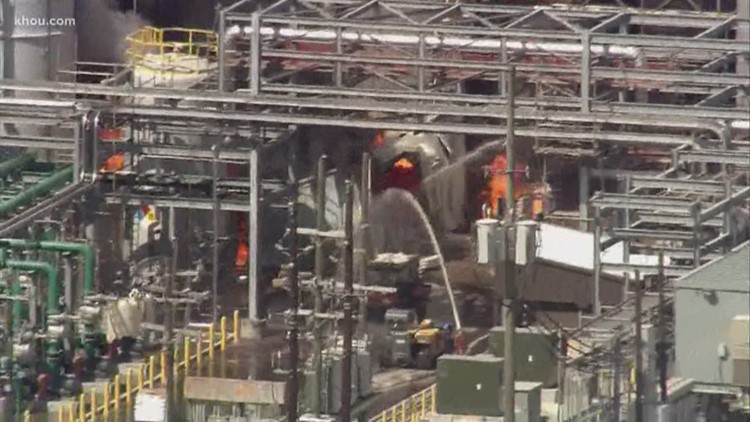 HOUSTON — Three workers injured in an explosion at the KMCO plant in Crosby claim plant personnel knew about a valve leak that led to the explosion, according to a new lawsuit.

Aurelio Campos, Jose Flores and Noe Flores, the three workers who filed the lawsuit, claim a check valve on a high pressure line failed, causing the leak and explosion at the KMCO plant on April 2. According to the complaint, personnel at the plant were aware of a leak in the line before the explosion.

The three men were injured, and James "Bubba" Mangum, another employee, died in the explosion that rocked the area when a transfer line ignited a tank full of isobutylene.

In 2016, KMCO was criminally convicted of two counts of knowingly violating the Clean Air Act, according to federal court records. The company, and its sister companies in Port Arthur and Crosby, were ordered to pay a total of $3.5 million in fines, including $200,000 in a community service payment to the Southern Environmental Enforcement Network (SEEN).

'It was terrifying' | Deadly chemical plant fire in Crosby is contained

KMCO was criminally convicted of violating Clean Air Act in 2016