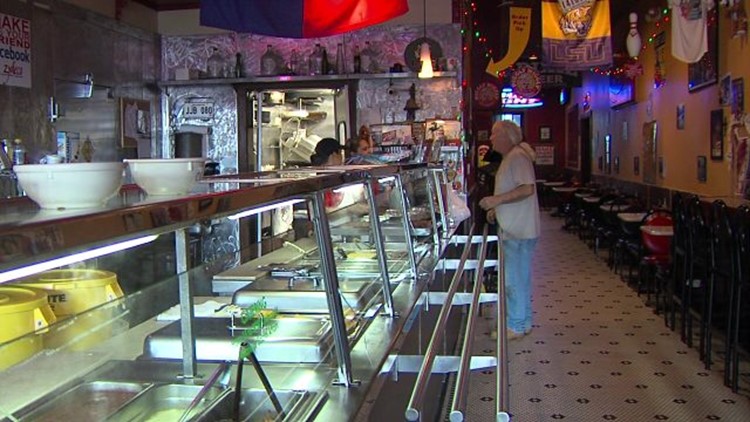 The Zydeco Diner, the only restaurant open at Crockett Street's Entertainment District, is closing its doors tomorrow afternoon after five years in business.

Both the owner and manager at the Zydeco Diner blame a lackluster lunch crowd in downtown Beaumont and food prices that quadrupled for them this year.

"We are the last ones," said general manager Ana Romano. "I call us the survivors."

Romano is proud she and Randy Romano, who is her husband and Zydeco Diner's owner, maintained the restaurant this long, when one-by-one restaurants at Crockett Street's Entertainment District went out of business.

Zydeco was the last restaurant standing.

She attributes Zydeco's death to dwindling activity during the day.

Owners said they spent an estimated $500 a day running their business, but would only make about $200 daily.

"It seems like hardly anyone is coming to downtown anymore, said Keri Hampton, a regular customer. “We walked across the street just now. That's what we just said. It was like a ghost town."

Managers with Crockett Street Entertainment District are sad the business is closing, but said nightlife is booming.

Carolyn Howard, director of Beaumont Main Street, an organization charged with revitalizing downtown, said, “downtown Beaumont during the day is not dead. There are 8,000 people that work or volunteer downtown."

However, those 8,000 people don't seem to be eating at downtown restaurants.

The rest of this year will be a tough one for Zydeco Diner.

"My staff… we don't have a job in Christmas-time,” said Ana Romano. “It's broken our hearts… But life is like this."

Four businesses, including Whiskey Dix nightclub in February, will open on Orleans Street in downtown next year.