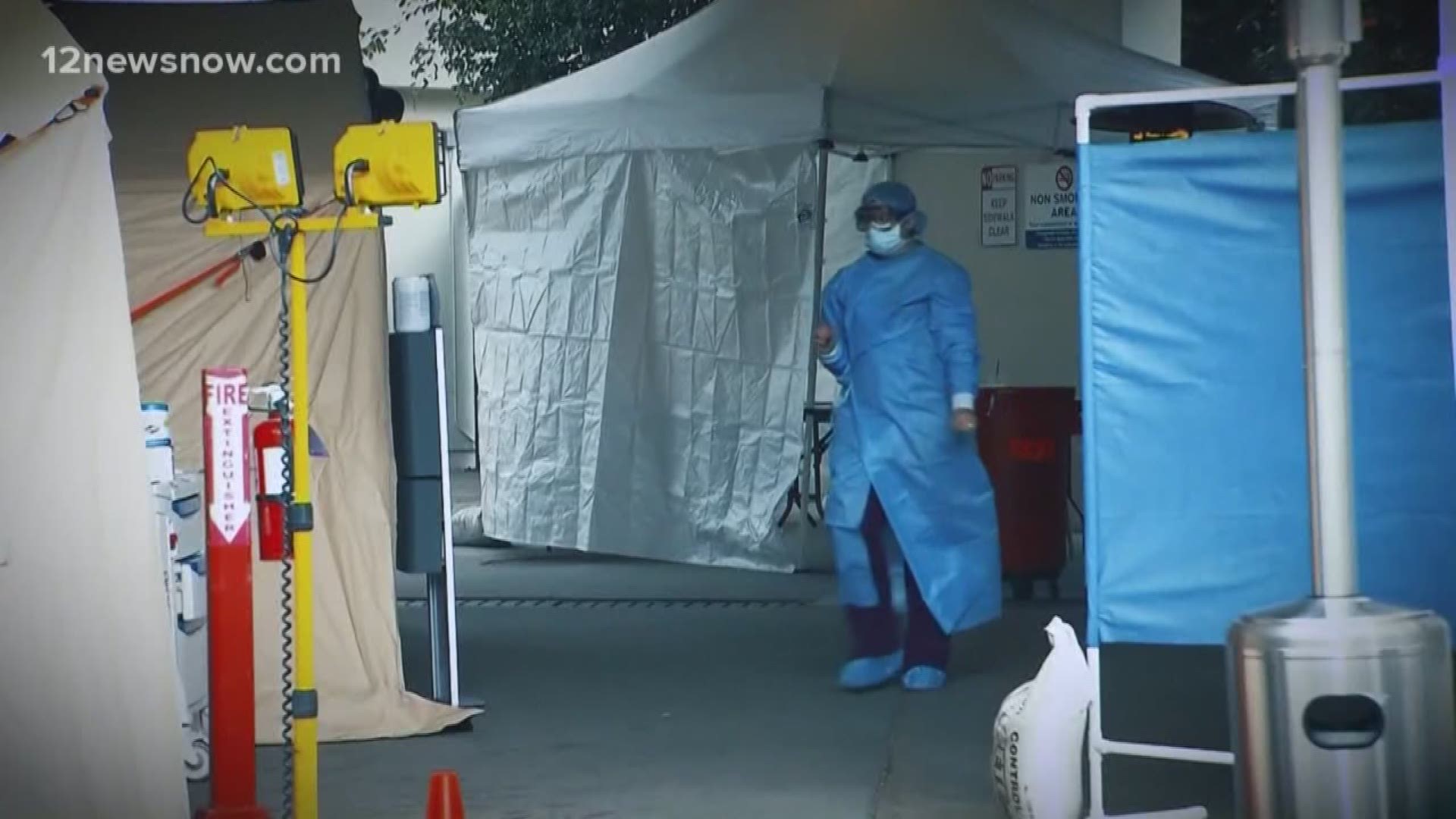 BEAUMONT, Texas — Doctors and nurses are the ones on the front lines in the fight against the coronavirus.

In Southeast Texas, some hospital workers are worried. Some are concerned about the decisions local leaders are making. Others say they aren't enough personal protective equipment for hospital workers on the front lines.

Millions of people in 21 different states are under a 'Stay at Home' order— but not Texas.

Gov. Greg Abbott has left it up to local leaders. In Jefferson County, no stay at home orders have been issued.

It's not sitting well with family Dr. Ramzi Dakour.

"I would urge law makers to make a 'stay at home order' within the next 24 to 48 hours," Dakour said. "Because this would be the best way to help stop the spread of the coronavirus."

He's pushing for tighter restrictions and believes without it, things are going to get worse.

The lack of personal protective equipment is another matter on the minds of healthcare staff across the area.

"From some ER physicians I have spoken to in this area, there is definitely a lack of that equipment," Dakour said.

Healthcare professionals have reached out to 12News about PPEs, and several work in area hospitals.

They spoke with 12News, but asked to remain anonymous.

One spouse of a health care worker said, "Hospital workers are in fear."

The people we spoke with described certain rules hospitals have when it comes to PPE involving when health care providers can wear it, and where it must be issued from.

RELATED: VERIFY: CDC, WHO do not recommend homemade masks

According to the sources, no outside equipment can be worn and the PPE cannot be worn at all times.

That led to one of the sources wondering if healthcare workers are being exposed?

"CDC advice is asking people to wear masks because patients can be asymptotic," the spouse said.

12News contacted both CHRISTUS and Baptist Hospital about policies when it comes to PPE.

We're still waiting to hear back from Baptist.