Embassy Suites by Hilton staff said the scammers have been targeting guests since Monday. 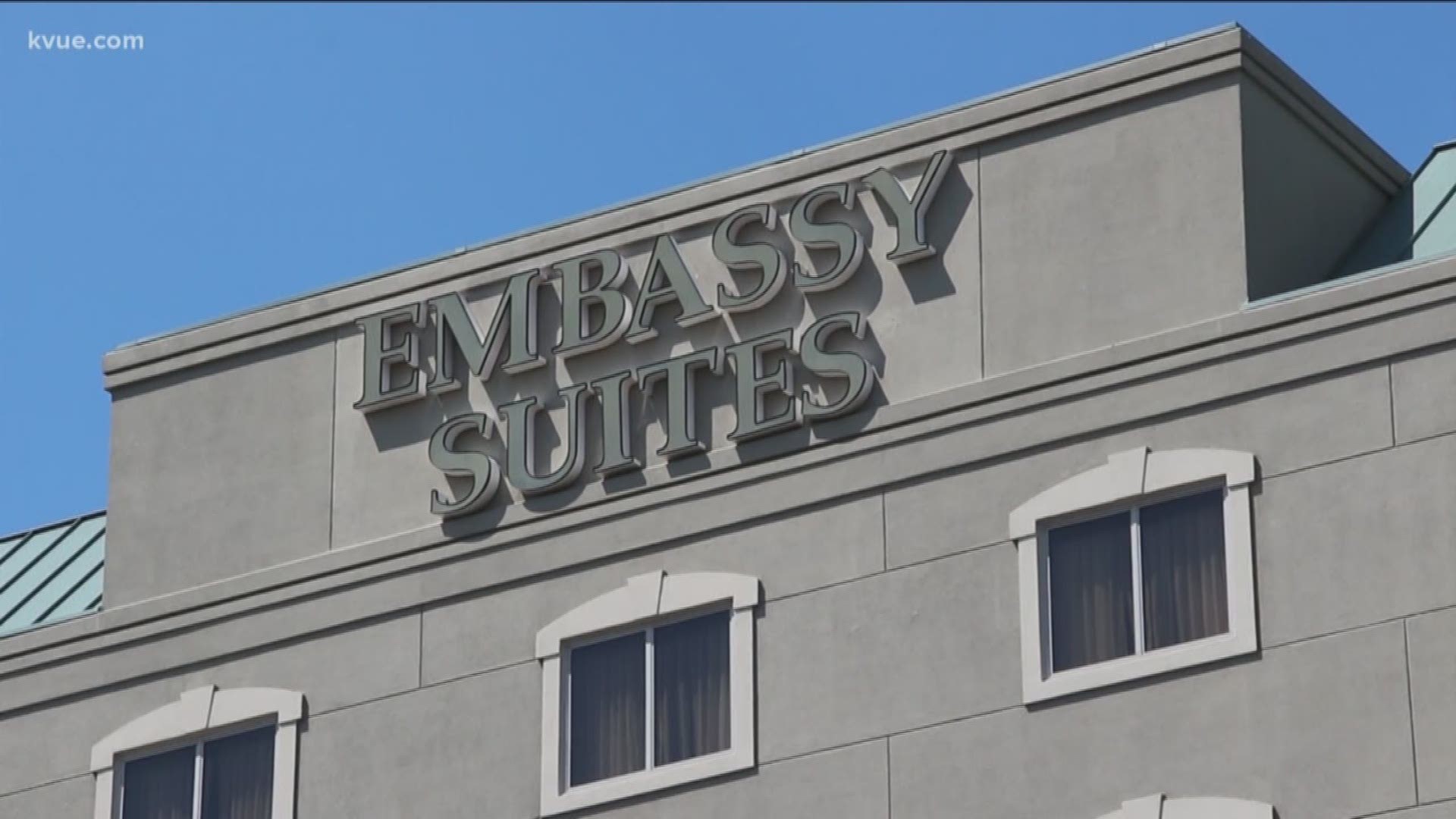 Hotel staff at the Embassy Suites by Hilton hotel at the Austin Arboretum confirmed to the KVUE Defenders on Friday the scammers are calling guests from inside other rooms in the hotel.

Someone who works for KVUE was staying in the hotel on Thursday night when she got one of the calls herself.

A hotel staff member, who first identified himself as a manager but later claimed he just works the front desk, said the scammers have been calling guests since Monday.

That staff member also said similar scams are happening at other Austin hotels, which are notifying one another.

RELATED: Her bank account was drained of $2K in 30 minutes; BB&T warns about bank scam text

Denise Eisman, the president of the Austin Hotel and Lodging Association, said Friday she has not heard of these scams happening, she was reaching out to North Austin hotels.

The Embassy Suites employee said right now the hotel does not have a way to track calls made between rooms, but it is trying to buy that software now because of the scam.

To let guests know about the scam, hotel staff has put a couple signs in the building advertising the problem, according to the Embassy Suites employee.

No one from the hotel would talk on camera or provide a statement, and no one has responded to a request for comment from the hotel's corporate office.

The Better Business Bureau identifies this scam as one of the most common hotel scams in this list of tips for avoiding hotel scams.

"Hotel guests may receive a late-night phone call from someone impersonating the front desk," BBB warns on its website. "The scammer will offer to take your credit card information over the phone, so that you’re not inconvenienced. However, a real hotel staff member will never ask for your credit card information over the phone. They will always ask you to settle up any charges at the front desk."

A spokesperson for Austin police said they have not heard any reports yet of this scam happening at local hotels.

RELATED: Calls threatening to take your Social Security benefits away are scams

Texas Republican lawmaker to Beto O'Rourke: 'My AR is ready for you'