'Cameron is not telling the whole truth': Attorneys call for findings in Breonna Taylor case to be released

Attorneys representing Kenneth Walker and Breonna Taylor say one of the witnesses changed his statement in a third interview. 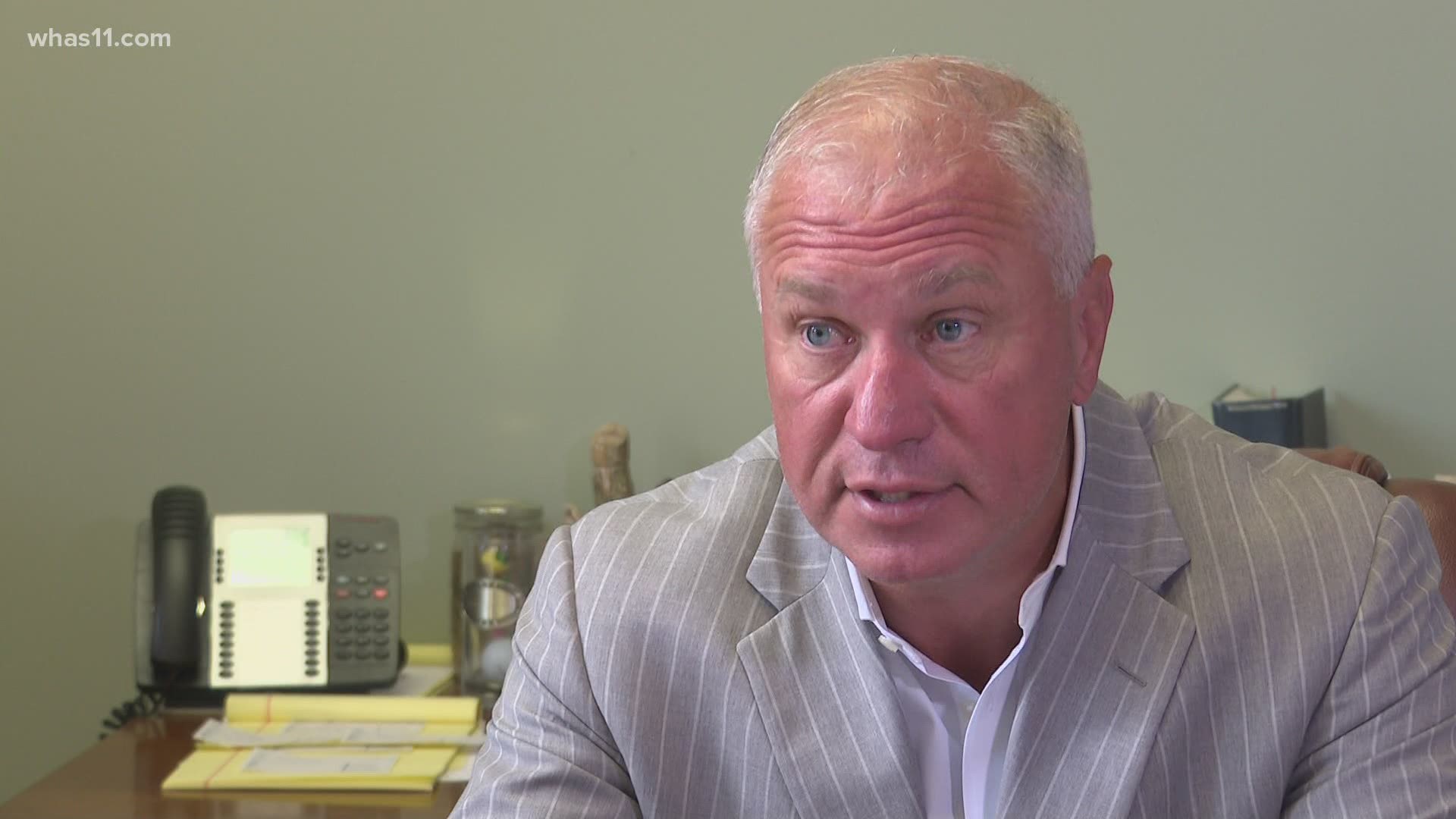 "There are multiple things that are obviously inconsistent with what [Cameron] said," Steven Romines said who is representing Walker.

Romines said he has reviewed much of the evidence that was a part of Cameron's investigation. He plans to file a motion to demand the Attorney General release the findings that were presented to the grand jury because he said everyone deserves to know what happened.

Baker said Cameron did not take into account that a family who lived upstairs from Taylor's apartment also had bullets hit their home.

"When I walked into Breonna Taylor’s home a week after she was killed one of the first things you see are bullet holes in the ceiling," Baker said.

According to Cameron evidence shows the "officers both knocked and announced their presence." It was also corroborated by a witness in an apartment near Taylor's. Therefore, Cameron said the warrant was not served as a "no-knock" warrant.

Romines and Baker are skeptical about the witnesses Cameron was referring to.

"The first statement [the witness] gave just a few days after [the shooting] happened he said they did not announce," Romines said. "Now [investigators] subsequently interviewed him two more times and he has a language barrier."

Romines said the evidence he reviewed shows the witness changed his statement in the third interview by saying he did hear police officers announce their presence.

"You can't take that against 12 witnesses who have maintained they did not announce themselves," Baker said. "I'm not convinced that Daniel Cameron even asked for charges as it relates to Breonna Taylor; I'm not convinced that he presented evidence against Myles Cosgrove and John Mattingly."

Romines claims some of the officers who were on the scene the night of the shooting made false statements in the course of the investigation.

"You’ve got LMPD officers on their radio transmissions that night in an interview saying they were barricaded inside with AR-15s – that’s false," Romines said.

He also claims in the investigative file one of the police officers said Kenneth Walker shot 12 or 15 rounds.

"The ballistics report shows that the bullet that struck Sergeant Mattingly was fired from a 9mm handgun," Cameron said on Wednesday.

"It absolutely could've been fired from any of the other officers including officer Hankison who is wildly firing and who LMPD's own record reflect carried a 9mm," Romines said. "Everybody being charged has been charged there is no justification for continuing to hide that file."

Cameron said the fired shots from former detective Brett Hankison were "inconclusive" to determine if any of them actually hit Taylor.

"[Inconclusive] is the exact same terminology that was used to determine whether or not Kenny shot officer Mattingly," Romines said.

Hankison was indicted on three counts of wanton endangerment. Cameron said he does not plan to release the findings that were presented to the grand jury at least until after Hankison is prosecuted.