One month following his arrest during a traffic stop, Kendric Crawford gives his side of the story for the first time 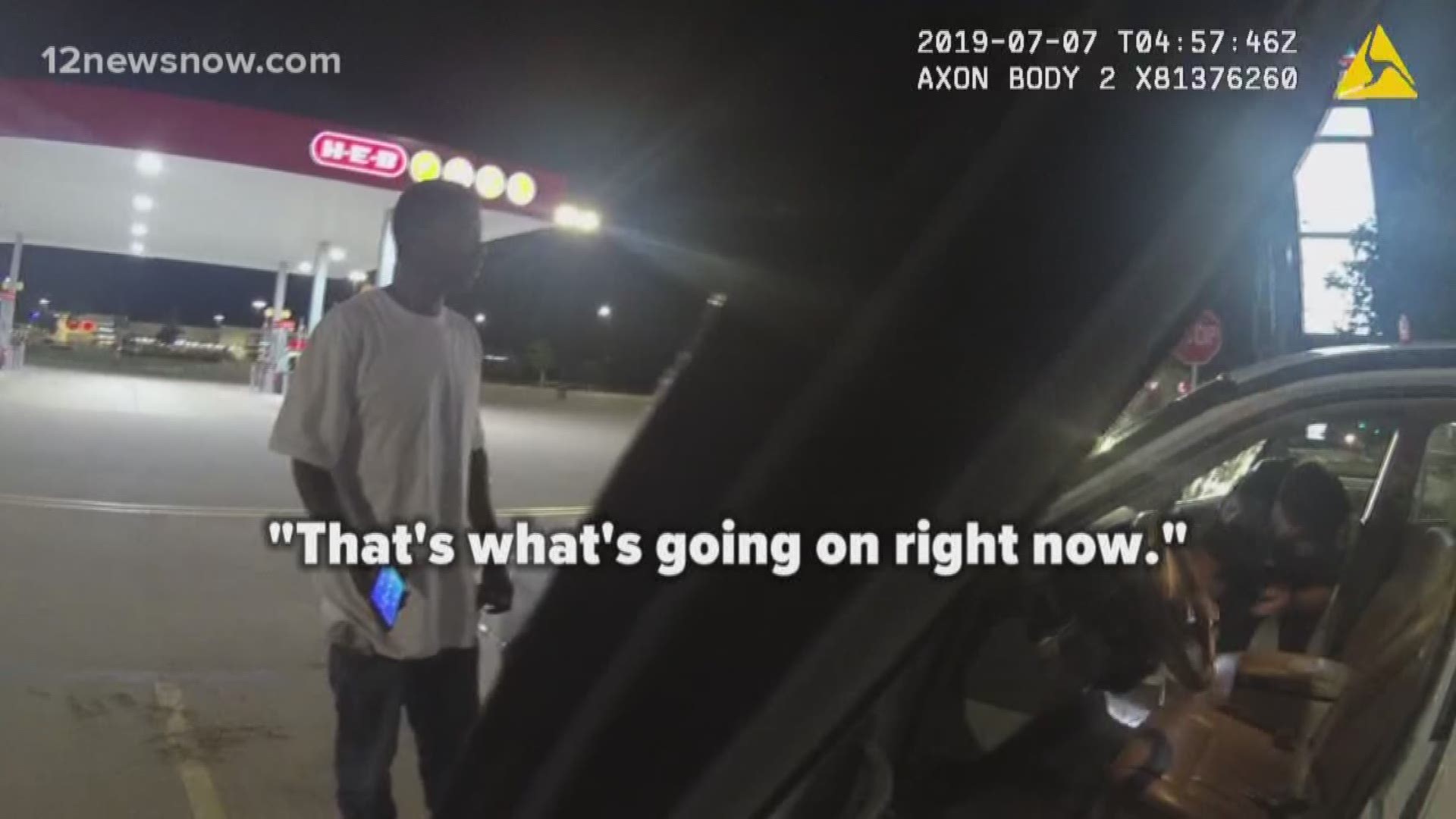 ORANGE, Texas — It’s been one month since Kendric Crawford found himself in a hospital bed.

His face is healing and the stitches on his eyebrow have been removed, but his recovery continues.

“I have no feeling in part of my hand,” Crawford told 12News. “The right side of the left hand, there is no feeling in that at all. I have a rib that is bothering me quite a bit.”

Crawford’s injuries stem from an arrest on July 6, 2019, in Baytown. According to Baytown Police, they approached Crawford in a H-E-B parking lot after noticing him backing in and out and circling the parking lot.

It's unclear exactly how much of the video was not released by police.

In the video, you can hear officers confront Crawford. Officers can be heard asking Crawford where he's trying to go. Crawford says he was looking for his GPS, and after he is asked, he allows police the chance to look around his car.

“Is it cool that I make sure there is nothing bad in the car today?,” a police officer is heard asking.

Crawford responded, “If you want to search the car, you can search it.”

After a few minutes, Crawford begins asking police questions and telling them he doesn’t understand what is going on.

“When am I free to go?,” Crawford is heard asking an officer.

“Whenever,” an officer responds.

It’s at this time that a second police officer finds a plastic bag containing pills inside of the car.

Police try to place Crawford under arrest, but they say he was resisting. In the body cam video, you can see police force Crawford to the ground. There is a visible struggle between Crawford and the officer who is trying to handcuff him. After several verbal warnings, the police officer uses his taser on Crawford.

“I was nowhere near expecting this type of event at the end of the day,” Crawford said. “I thank God that he brought me through that.”

Crawford says the pills found in his trunk were antibiotics. Police sent the pills to a lab for testing, but they have not released those results. So far, he has only been charged with assaulting a police officer.

“I hate the fact that I had to experience people going to that degree,” Crawford said. 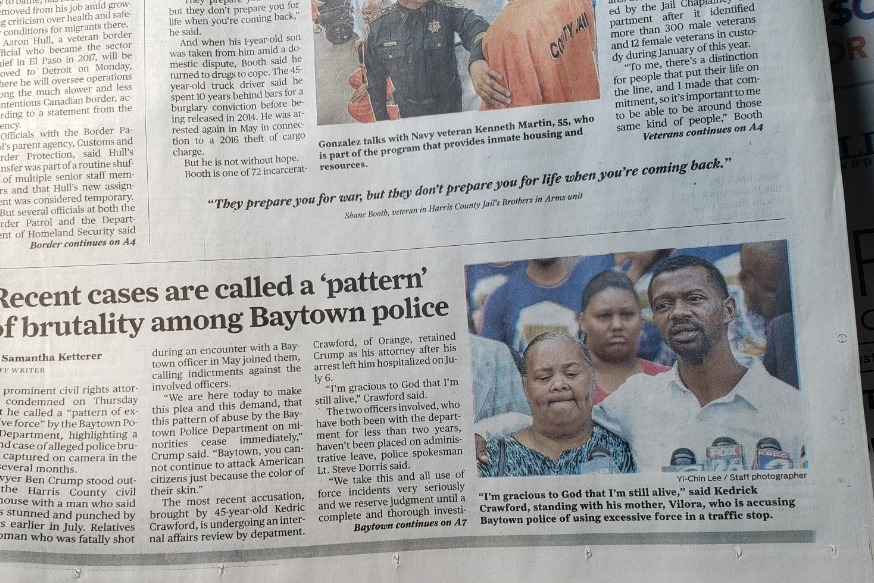 Click here to support Kedric Crawford Beat by Police (Baytown, Texas) organized by Team Justice
https://www.click2houston.com/news/excessive-force-man-claims-baytown-officers-wrongly-assaulted-him https://abc13.com/man-says-he-was-beaten-by-baytown-officers-over-antibiotics/5389458/ https://www.khou.com/article/news/crime/body-cam-footage-shows-alleged-use-of-excessive-force-by-baytown-police/285-3fa19a2e-4336-4c6f-94c8-23bde1c4e67b http://www.fox26houston.com/home/man-beaten-by-baytown-police-officers-because-of-his-race-attorney-says Dear World, we are facing a serious life-threating Delima in OUR JUSTICE SYSTEM. Unfortunately, Mr. Kedric Crawford is one of the thousands if not millions that have almost lost their lives in the hands of the faces of OUR JUSTICE SYSTEM.

Crawford has hired nationally-known Civil Rights attorney Ben Crump, who has taken on high-profile cases from Trayvon Martin to Michael Brown. He believes police are trying to “whitewash” the investigation and points to an unidentified man from the body cam video who can be seen assisting with the arrest.

The man is not in a police uniform and police have not given an explanation as to why he was there and helping. A spokesman for the Baytown Police Department told 12News that he couldn’t elaborate because this is an ongoing investigation.

Crawford and his family are also pushing police to release all of the body cam video related to his arrest.

“We want the footage. We are not going to let this go, not this time,” family spokesperson Minister Jeremiah said.

12News has formally requested the full body cam video under the Texas Public Information Act. We are still waiting to hear back on that request.

Baytown Police have not identified the two officers involved in Crawford’s arrest. They have said both officers have been on the force for less than two years. Both men are still on duty while the incident is being investigated.