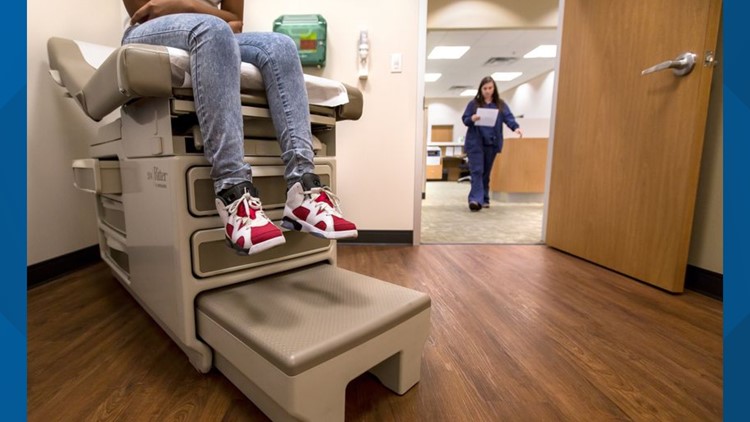 Photo by: Martin do Nascimento for the Texas Tribune
Texas is one of only nine states to record an increase in the uninsured rate from 2017 to 2018.

The rate of Texans without health insurance rose for the second year in a row, making it once again the most uninsured state in the nation, according to data released Tuesday by the U.S. Census Bureau.

Texas is one of 14 states that have not expanded Medicaid, a joint state-federal program that provides health care to low-income individuals, since the 2010 passage of the Affordable Care Act — better known as Obamacare. President Donald Trump made the repeal and replacement of Obamacare a major part of his 2016 campaign, but the U.S. Senate narrowly rejected a bill in 2017 that would have repealed parts of the ACA.

Last year, a federal judge in Texas invalidated a Medicaid expansion that would have filled coverage gaps for an estimated 1.1 million low-income Texans, according to the Kaiser Family Foundation. Between 2017 and 2018, fewer Texans got their insurance through Medicaid — the number dropped 0.7%, to 17.9%.

Some Texas political leaders, including Gov. Greg Abbott, Lt. Gov. Dan Patrick and former Gov. Rick Perry, have argued that expanding Medicaid would increase health care costs for the state, especially if the federal government doesn't keep its promise to pay for the increase in newly eligible people.

Others, like state Sen. Carol Alvarado, D-Houston, are in favor of the expansion. In 2018, the senator filled a bill that would allow county commissioners to request a federal waiver to expand Medicaid in their jurisdictions and roll out the expansion county by county. The bill didn't even get a hearing during this year's legislative session.

Five other states — Alaska, Florida, Georgia, Mississippi and Oklahoma — also had more than 12% of their population uninsured, according to the Census figures.

This story was originally published at TexasTribune.org. The Texas Tribune is a nonprofit, nonpartisan media organization that informs Texans — and engages with them — about public policy, politics, government and statewide issues.