At one point, the toddler got better for about a week, then got sick again. 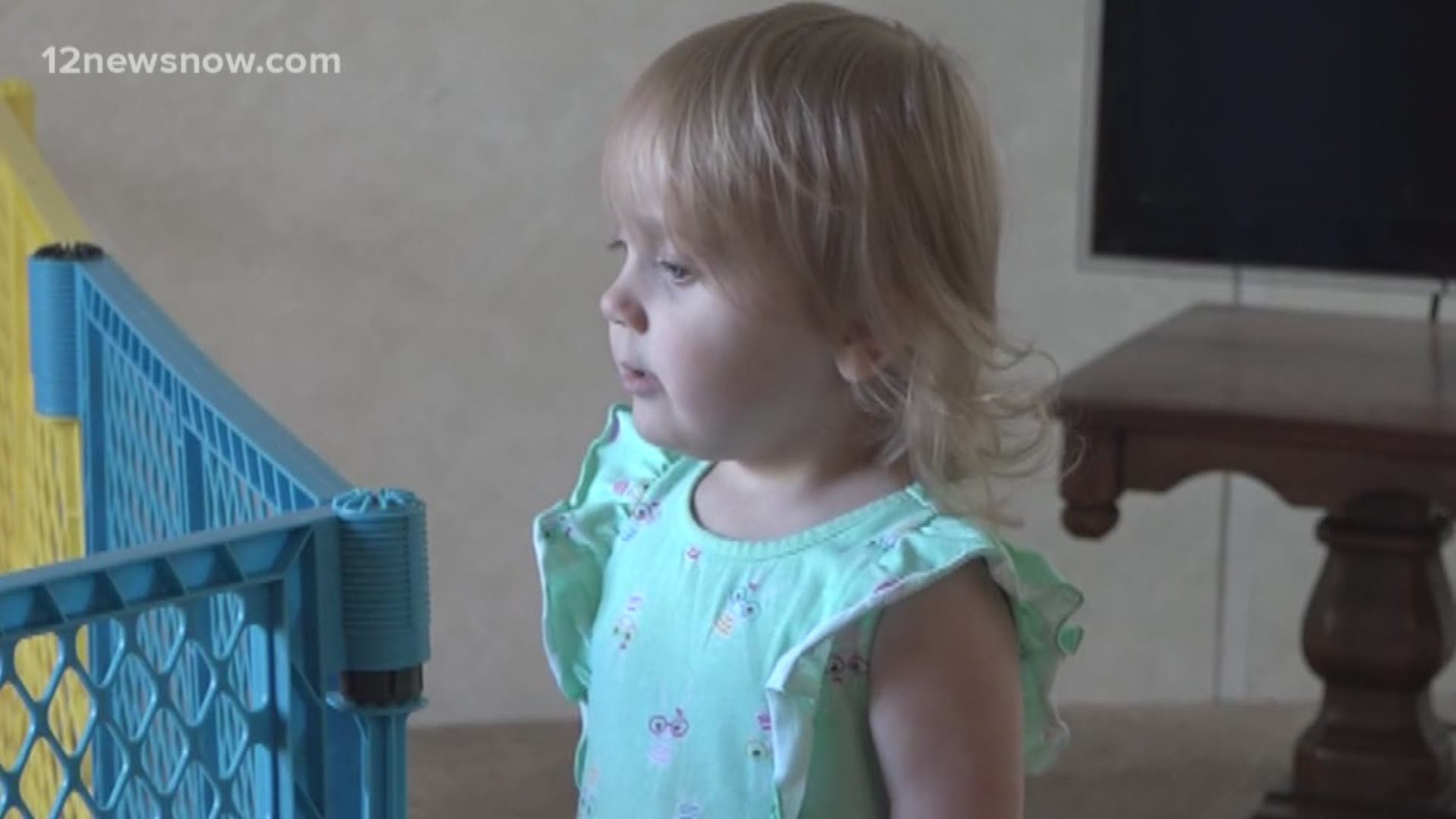 LUMBERTON, Texas — A virus is going around in Texas that looks like an everyday cold at first, but can be especially dangerous for kids.

Respiratory Syncytial Virus (RSV) is a common respiratory virus that infects the lungs and breathing passages. It has many of the same symptoms as the common cold.

Lumberton mother Sara Stone said her two-year-old daughter, Shyanne, has had RSV for the better part of the last two months.

"It's been terrible, it's been very stressful on me and my daughter," Stone said.

It's been difficult for doctors to diagnose and treat her toddler, because Shyanne is non-verbal.

"They told me at the ER in Beaumont, the second time that I went to the emergency room, that she is a challenging case, because she doesn't speak," Stone said. 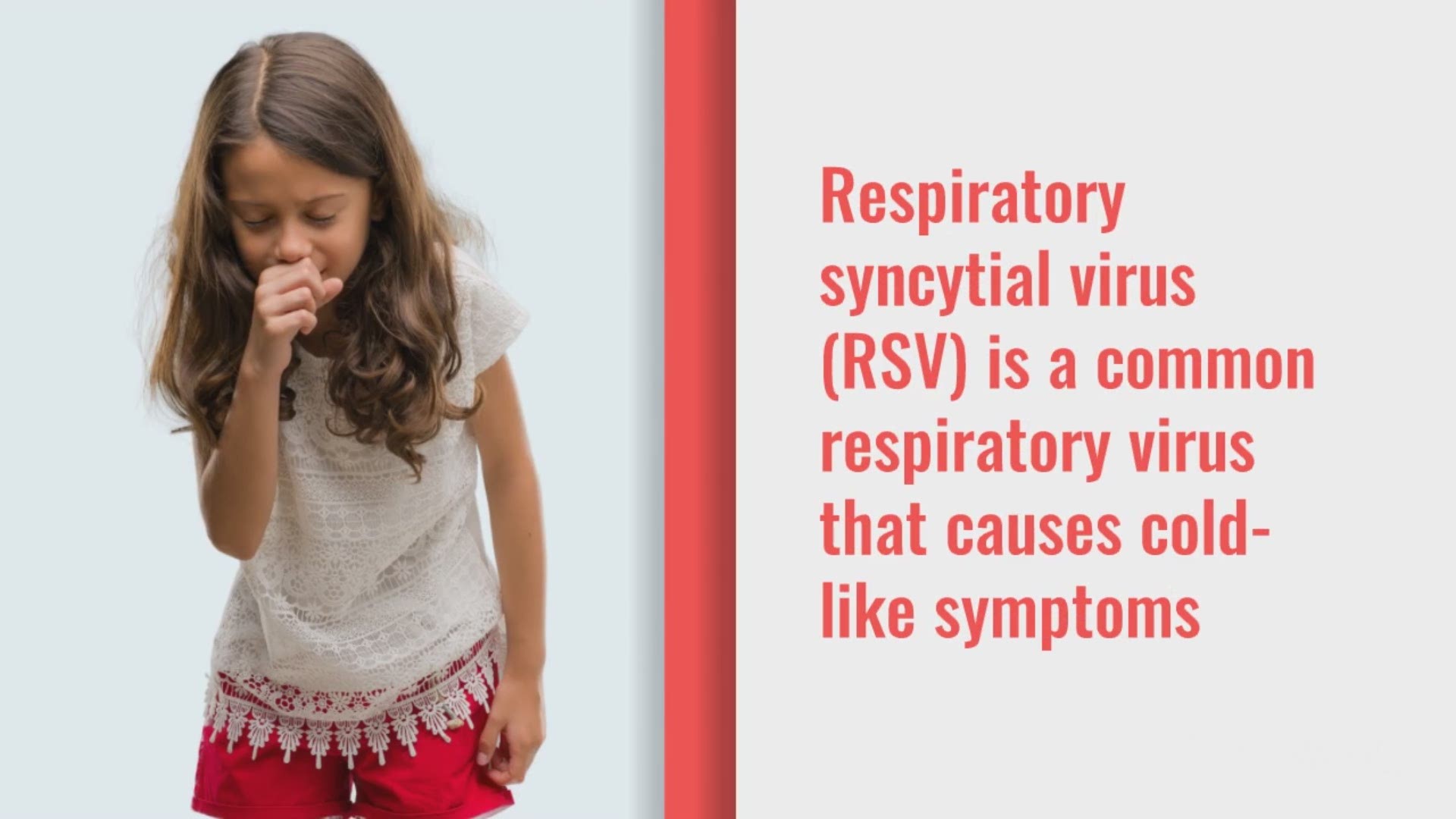 RELATED: Doctors warn people not to kiss babies due to RSV on the rise

RELATED: CDC warns of cold-like virus that makes it hard to breathe

At one point, the toddler got better for about a week, then got sick again. She was throwing up, coughing, and suffering from a high fever. Stone has made multiple trips to different doctors. Last week, she took the little girl to Texas Children's Hospital in Houston, where doctors diagnosed her with high fever, and RSV.

"They said that half the kids there had RSV, that there's no treatment for it, that I have to take her home and give her Ibuprofen and Tylenol, and basically sit it out," she said.

Shyanne got worse. Stone said she wasn't able to keep anything down, and her fever got up to 103.9. She took her daughter to her doctor, where she found out Shyanne also had a throat infection, and was given antibiotic shots.

"She's gotten a little better since then, but she's still stick at night, the fever rises at night, her coughing is bad, so we have to give her breathing treatments," Stone said.

Stone hasn't been able to work for two months. She had to quit her job to take care of Shyanne. She said since RSV is so contagious, Shyanne keeps catching it.

Stone understands there is no cure for RSV, but it's been frustrating for her to watch her daughter suffer, and not be able to do much to help. She said doctors have dismissed the illness like it's nothing, instead of trying to help treat her symptoms. She's hoping the results from Shyanne's blood test will offer some guidance.

RELATED: Doctors warn people not to kiss babies due to RSV on the rise

Dr. Arnulfo Gonzales, a pediatrician at UT Physician-Beaumont, said they've seen several cases. RSV is typically a winter virus, but it's been an issue year-round for medical facilities.

"It starts off like a cold, congestion, runny nose, sneezing, sometimes fever, a cough," he said.

For adults and older kids, RSV is basically like having a typical cold, but for infants and younger kids, especially ones with heart and lung problems, Gonzales said it can be much more serious.

"It can get into their lungs and cause bronchitis, bronchiolitis and pneumonia," he said.

Gonzales said there's really no treatment for RSV. At a young age, doctors can't prescribe a lot of cough and cold medicines, because of the side-effects on babies.

To help alleviate symptoms, Gonzales recommends parents suction out their kids noses, use a coolness vaporizer for congestion and a little bit of normal saline to break up the mucus.

"Once you have it, it sort of has to run its course," Gonzales said.

RSV spreads through hand-to-hand contact, like the flu. Gonzales said it's best to keep the kids at home if they're showing symptoms. The best way to protect your kids is proper hand-washing, and limiting person-to-person contact.