Val Verde County Judge Lewis Owens said the woman "should have never left" knowing she could infect other concert attendees. 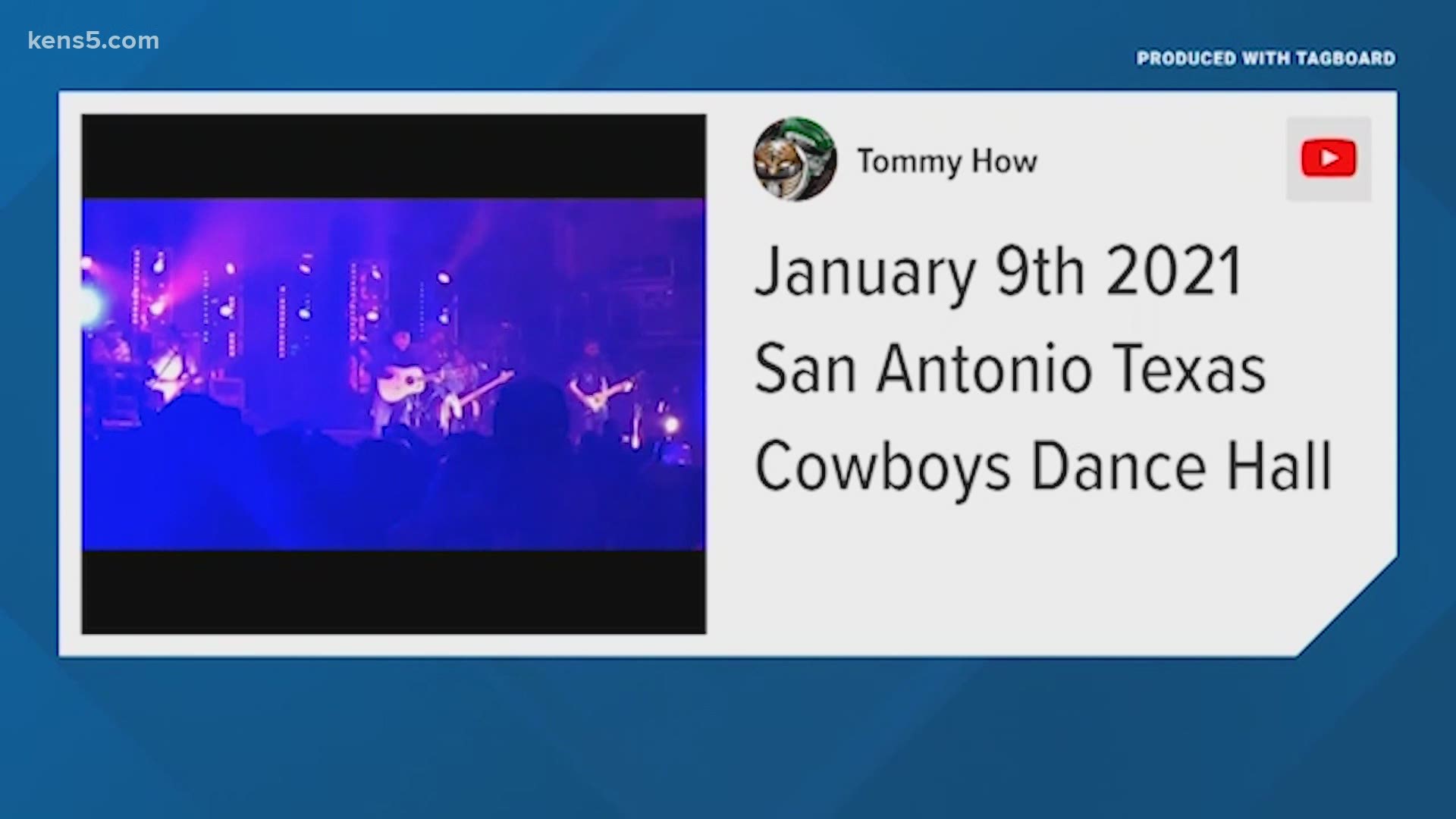 VAL VERDE COUNTY, Texas — A south Texas judge says a young woman who knew she had coronavirus attended a local concert, putting other attendees at risk of infection.

In a video released to his Facebook page, Owens criticized the woman's decision to attend while knowing she could infect others. "This is how it's spreading," Owens said. "You go to a concert. There are Snapchat pictures, evidently, that y'all took with your mask on your wrist, and y'all are having a good time."

"You're positive, lady -- you should never have left."

The judge did not name the woman, but added in his Facebook post that "it is everyone's responsibility to slow the spread! Let's do this together.

Videos taken by those who attended the concert show a packed venue with few concerns about social distancing as the novel coronavirus pandemic continues. In the footage, people can be seen standing shoulder to shoulder.

Mayor Ron Nirenberg on Thursday evening called the idea that someone may knowingly expose others to the virus "a pretty terrible thing," and emphasized that such negligence is detrimental to the community at large.

"It just shows the risk of being in densely packed places like that while infections are happening so quickly," he said. "If you are in a place like that where the risk is so much higher, you need to assume everyone around you has the virus and act accordingly.”

RELATED: 'Any further issues and they will be shut down': Cowboys Dancehall at risk of closure after videos of packed venue circulate online

Johnson's website listed the performance as a sold-out show. Nirenberg has said that city officials have seen the videos, and warned the establishment that it's on the precipice of forced closure.

An attorney for Cowboys Dancehall told KENS 5 the venue "is addressing the matter."