What can Texas do if a coronavirus outbreak hits?

While Texas has not yet seen “community spread” of coronavirus, U.S. health officials have told states to begin considering special measures in case of an outbreak. 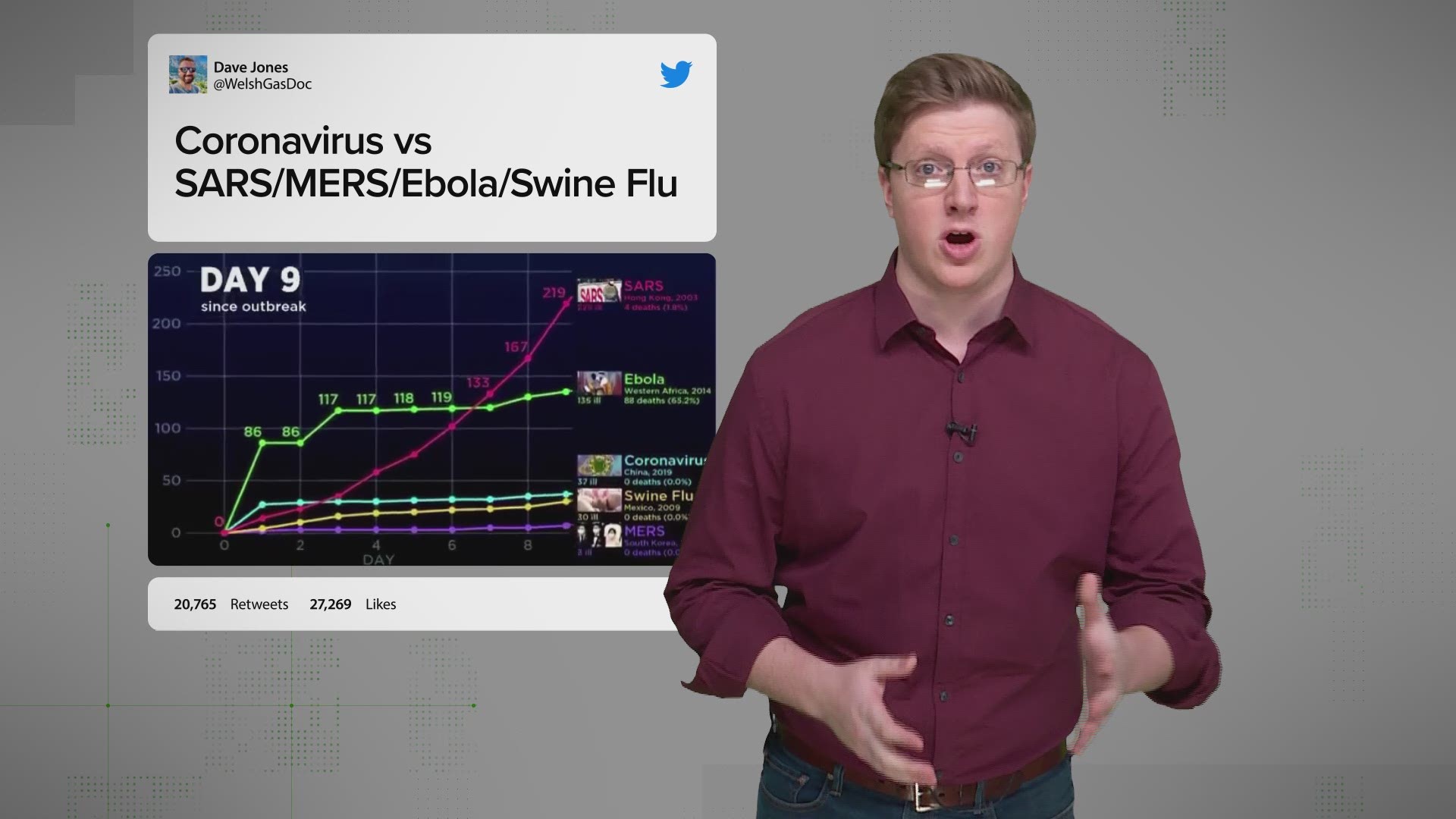 AUSTIN, Texas — Addressing the possibility of person-to-person spread of the new coronavirus that originated in China, U.S. health officials said this week that it would fall to states to decide what control measures are necessary to confront an outbreak.

“Local and state governments should begin thinking about what this might look like for them,” Nancy Messonnier, a respiratory disease expert for the U.S. Centers for Disease Control and Prevention, told reporters Tuesday. “There are a spectrum of actions that can reduce spread and impact.”

Texas has not yet seen “community spread” of the virus. On Wednesday, a Houston-area man who had traveled abroad tested positive for the virus; all 11 previous known cases in Texas were among patients who caught the COVID-19 disease overseas and then were brought to the San Antonio Lackland Air Force Base for quarantine.

Texas and U.S. health officials have so far encouraged individual actions — rather than government interventions — to prevent the spread of the virus locally: Wash your hands, cover your sneezes and coughs, and stay home when you’re sick.

They are also bracing for how to respond to the likely possibility of a widespread domestic outbreak. As of Wednesday, 11 people in the U.S. had died from COVID-19 — most in the Seattle area, where community transmission has been confirmed, and one in California.

Around the world, countries that have seen widespread transmission of SARS-CoV-2 coronavirus — which causes COVID-19 — have implemented drastic control measures.

RELATED: See all reported cases of coronavirus on this interactive map

Chinese authorities placed Wuhan, the city at the epicenter of the disease outbreak, on lockdown, barring people from leaving city limits and, in some cases, their neighborhoods, and placing the sick in makeshift quarantine camps. China had seen roughly 80,000 COVID-19 cases and nearly 3,000 deaths as of Sunday, according to the World Health Organization, but the rate of new infections appeared to be slowing.

In Italy, health authorities this week canceled school nationwide — and in the country's north, where the outbreak has been most severe, officials have placed cities on lockdown, banning people from entering or leaving affected areas and suspending public events. Italian officials have tallied more than 100 deaths from the virus out of more than 3,000 known cases.

State law gives broad power to the Texas governor and health commissioner to implement similar restrictions in times of crisis.

The Texas health commissioner may legally impose restrictions “on an individual, animal, place, or object, as appropriate.” Those orders may include quarantine, isolation, detention or vaccination. (There is no vaccine available yet for COVID-19.)

“Should community spread occur, state and local responses will be tailored to fit the needs of the local community,” said John Wittman, a spokesman for Gov. Greg Abbott. “The Texas Department of State Health Services and local health departments have the authority to apply control measures to individuals or groups in a variety of circumstances to protect the health and safety of Texans.”

State officials have stressed that the current limited scope of the U.S. outbreak does not yet warrant the extreme measures seen in places like China and Italy.

“We are thinking through when those tools may be needed, but they’re not the tools we’ll reach for first,” said Chris Van Deusen, a spokesman for the Texas Department of State Health Services.

The state’s early response has focused on people who traveled to countries where coronavirus infection is widespread, said David Lakey, the state’s former top public health official. “Once we have community spread, we’ll have to transition to a different approach,” he said.

So far, state and local health officials have ordered some travelers to self-quarantine, monitored them and sought testing for patients with the most critical symptoms.

A public health official in East Texas recently issued a control order — a legal notice from a health authority limiting where a person may go — to a woman who had traveled to China and was asked to self-monitor for possible illness, according to the Department of State Health Services. She has not tested positive for the virus.

Van Deusen, the agency’s spokesman, declined to provide details about the patient or the control order but said it had been given because “there was an issue with [the person] following those voluntary instructions.”

If a patient violates a control order, public health officials could ask a local court to enforce it, including issuing criminal penalties for repeated violators.

State and local health officials also have broad powers when it comes to schools and transportation in the event of an outbreak.

They can advise or order school districts to cancel classes, but Lakey said doing so may create other challenges, especially for parents who work during school hours or who rely on public schools to provide free or reduced-cost lunch.

The governor has the authority under state law to declare a disaster during a disease outbreak and to “control ingress and egress to and from a disaster area” — effectively giving him the power to place a city under lockdown.

The U.S. government also has broad authority to restrict travel; federal officials have already placed limits on international travel from China in hopes of limiting the arrival of visitors infected by the virus. President Donald Trump said this week that he was not considering any restrictions on domestic travel within the U.S.

Dennis Perrotta, a former Texas state epidemiologist, said placing parts of the state on lockdown is unlikely and would be unprecedented.

“It would be dramatic, and it has untold societal, political and health implications,” he said. “One would be hard-pressed to see that happen nowadays without really being at the edge.”

Local and state officials’ power is not unlimited in times of emergency. San Antonio Mayor Ron Nirenberg issued an emergency declaration this week that banned previously quarantined individuals from entering the city of San Antonio, but when he sued the U.S. Centers for Disease Control and Prevention to try to stop the federal government from releasing quarantined people at Lackland Air Force Base, a federal judge quickly struck the suit down.

U.S. officials later agreed to change their policy for release as Nirenberg and Abbott had urged, requiring that patients test negative for the virus on two consecutive tests, and on Tuesday, more than 120 people living at the base were sent home.