Around 30 million people in the U.K. will be eligible for the booster shots, which are aimed at protecting against a modest waning in immunity after two doses. 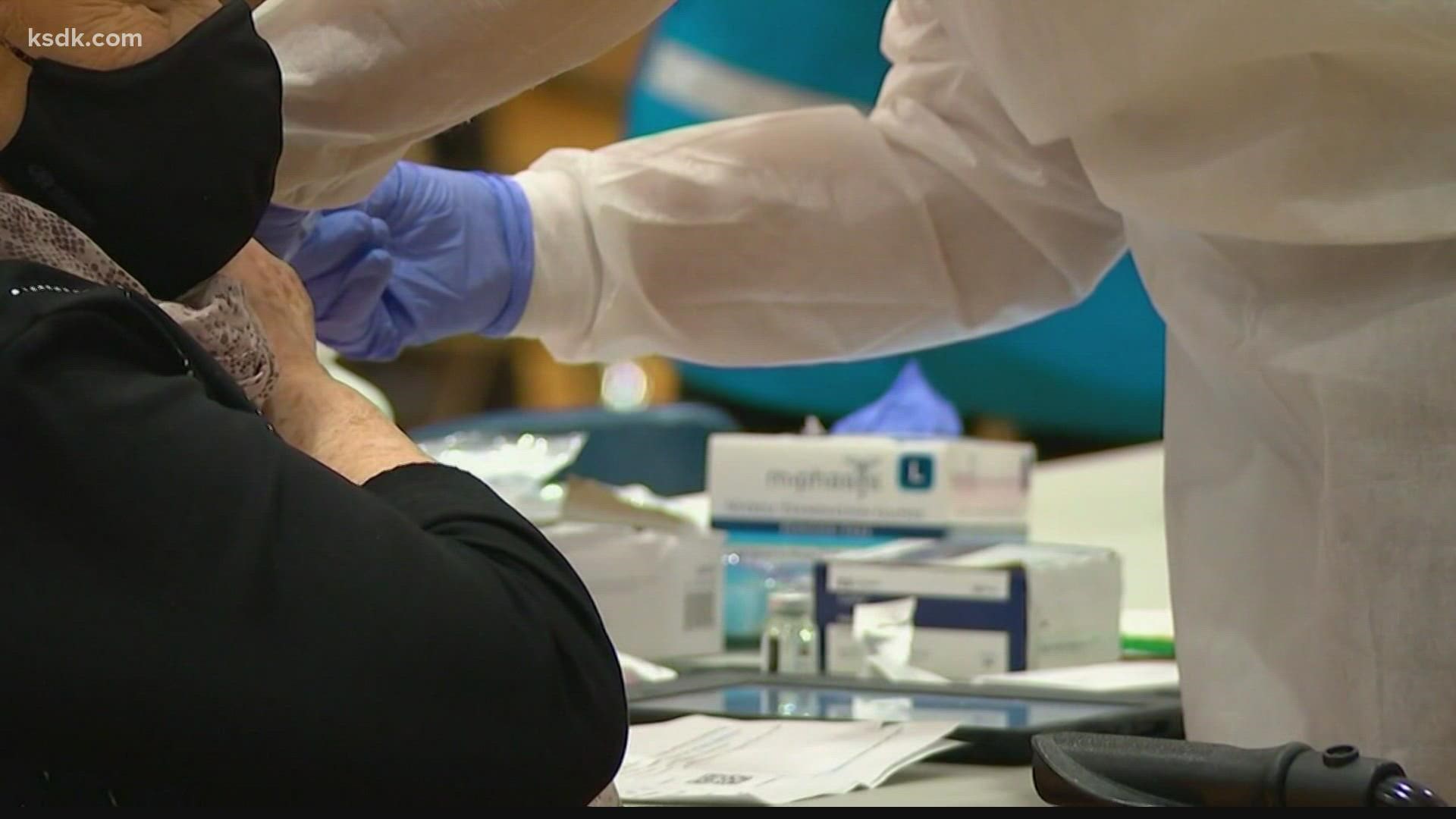 LONDON, UK — The U.K. announced Tuesday it will offer a third dose of coronavirus vaccine to everyone over 50 and other vulnerable people to help the country ride out the pandemic through the winter months.

The booster shots, which will be rolled out beginning next week, were approved a day after the Conservative government also backed plans to offer one vaccine dose to children 12 to 15 years old.

The Joint Committee on Vaccination and Immunization, which advises the government, recommended that booster shots be offered to everyone over 50, health care workers, people with underlying health conditions and those who live with people whose immune systems are compromised. They will be given no earlier than six months after a person received their second dose of vaccine.

Around 30 million people will be eligible for the booster shots, which aim to protect against a modest waning in immunity among those who have received two jabs.

"The result of this vaccination campaign is we have one of the most free societies and one of the most open economies in Europe," British Prime Minister Boris Johnson told reporters on Tuesday. "That’s why we’re now sticking with our strategy.”

Although the number of people now contracting COVID-19 is way higher than this time last year — over 30,000 new infections a day — the British government has opted not to re-introduce further virus restrictions for England, as the vaccine drive this year has reduced the number of people requiring treatment for COVID-19 and subsequently dying.

However, Johnson said the government was ready to re-introduce measures over the coming weeks and months if the pressure on hospitals becomes acute. The number of people in U.K. hospitals with COVID-19 stands at around 8,500, way down from the near 40,000 that were hospitalized earlier this year during a catastrophic second wave of the pandemic.

Measures held in reserve include mandatory mask-wearing, vaccine certifications for nightclubs and other large-scale events, though not pubs, and a requirement for people to work from home.

“When you’ve got a large proportion, as we have now, with immunity, then smaller changes can make a bigger difference and give us the confidence that we don’t have to go back to the lockdowns of the past,” Johnson said. “In the meantime, we are confident in the vaccines that have made such a difference to our lives.”

The JCVI said the Pfizer vaccine should be the primary choice for booster shots, with a half-dose of Moderna as an alternative. It said these messenger RNA vaccines are more effective as booster shots. The AstraZeneca vaccine shot, which is based on a different technology, will be offered to anyone who can’t receive an RNA vaccine for clinical reasons.

The decision to offer booster shots is not one that's being recommended by the World Health Organization, which has asked wealthy nations to delay giving them out until every country has vaccinated at least 40% of their people. Only a few other wealthy countries have recommended their use. In the United States, the FDA is publicly debating booster shots later this week.

England's chief medical officer, Chris Whitty, said it's hugely important that developing countries get the jabs they need but pointed to the difficulties in transporting the Pfizer vaccine, which has a relatively short shelf-life and needs to be kept at super-chilled temperatures.

Appealing to everyone eligible for a vaccine to get one as soon as possible, Whitty said there is a “very substantially smaller” risk of being admitted to a hospital with COVID-19 if someone is vaccinated compared to those who are not. He said someone in their 30s who is unvaccinated is running the same level of risk as someone in their 70s who is vaccinated.

“One of the most depressing things for doctors, including myself, is talking to people who have just chosen not to get vaccinated because it wasn’t convenient at that particular moment. And you see them being wheeled down to intensive care, and you know this was a very serious problem as a result of them not being vaccinated," he said.

Whitty also took aim at those who spread misinformation about the vaccines after being asked about comments from rapper Nicki Minaj. The singer indicated in a series of tweets that she may have contracted COVID-19 but said she would not be pressured into getting a vaccine shot for the Met Gala, which she did not attend. She tweeted Monday that the New York event required guests to be jabbed and also shared an unsubstantiated story about vaccine risks and impotency.

Whitty said people “peddling untruths” to discourage others from getting the vaccine should be “ashamed” of themselves. 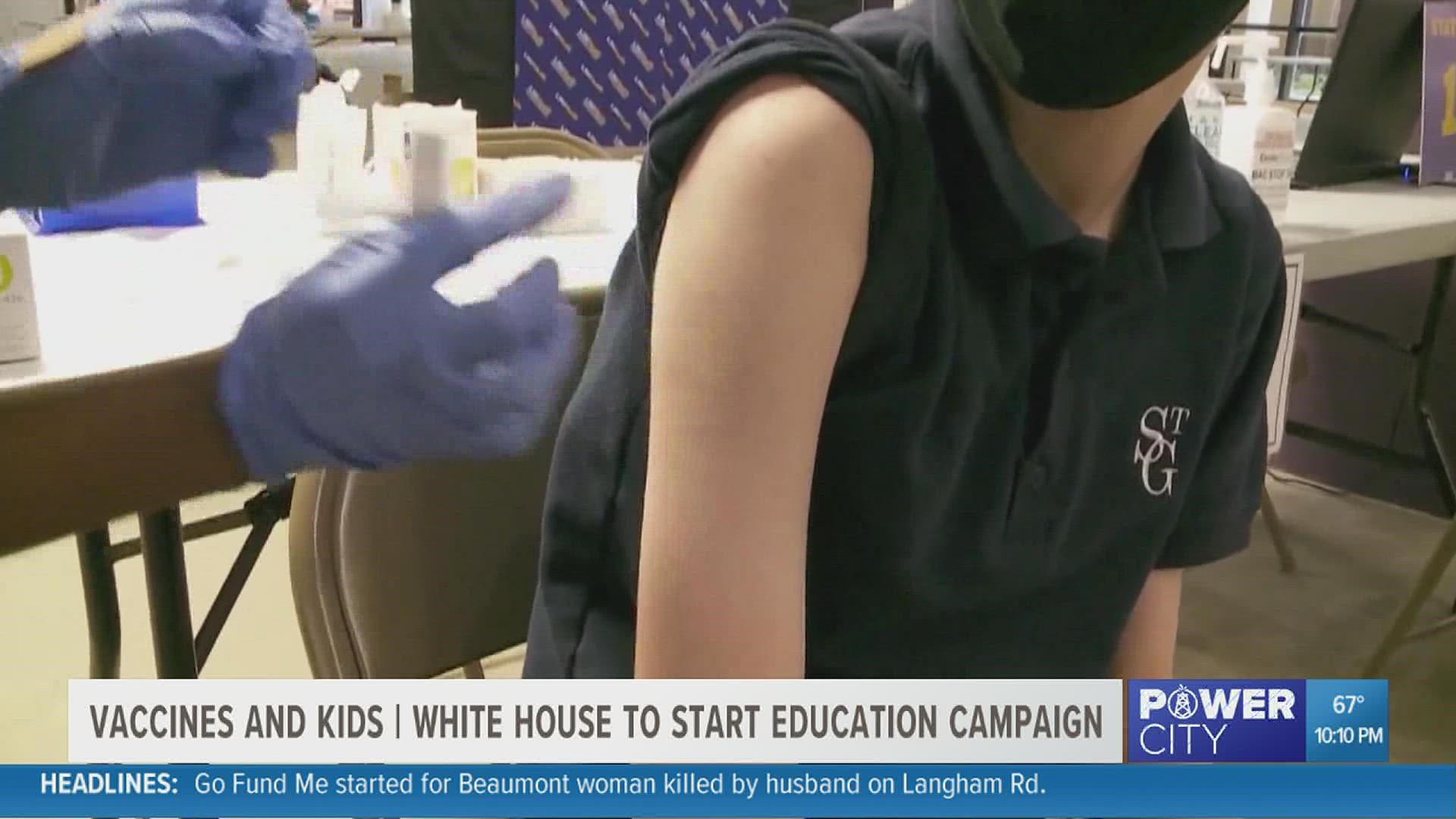