Many mass vaccination sites have already closed in favor of smaller sites and more convenient providers like pharmacies. 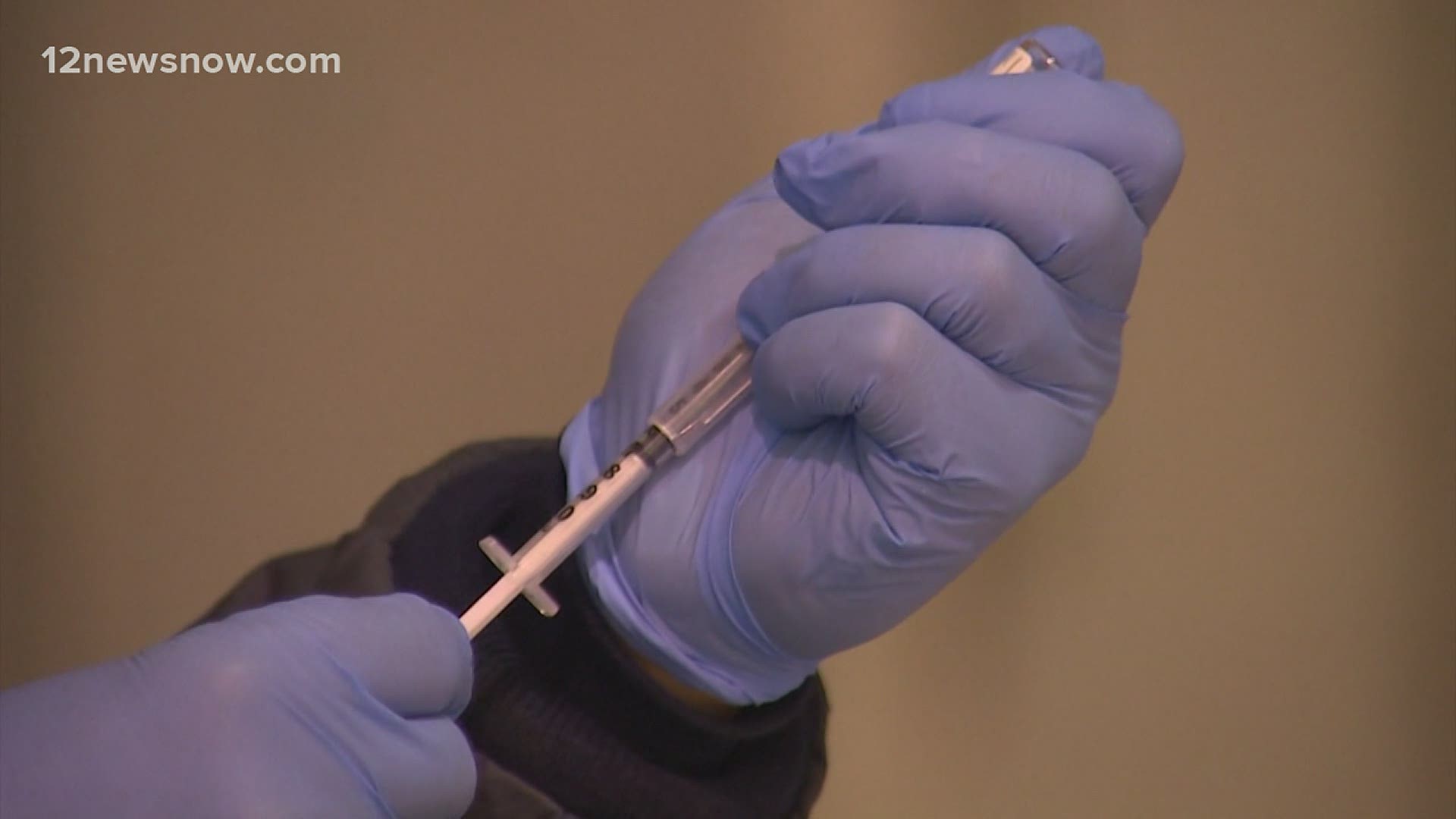 BEAUMONT, Texas — Texas has reached the point where the COVID-19 vaccine supply is outpacing the demand.

Starting this week the state will no longer send vaccine allocations out on a weekly basis.

Many mass vaccination sites have already closed in favor of smaller sites and more convenient providers like pharmacies.

But, like most of the nation, things have changed in Port Arthur and now Smith says not having enough COVID-19 vaccinations is the least of her concerns.

“Right now it is more a demand issue. We have seen smaller amounts of people coming in for the vaccinations,” said Smith.

She says the number of people signing up for their shot of hope paints a clear picture.

So the state decided to make some adjustments.

On Thursday afternoon the Texas Department of State Health Services announced they will move from weekly allocations to custom ordering.

“I think it will help us to better be able to see, you know, as we get to, you know, smaller amounts of vaccines being in our clinic we can, you know we'll know and we'll have a better idea when to order and how much to order,” Smith said.

Jefferson county judge Jeff Branick believes there could be a reason to why we're seeing a shift in vaccine trends.

“It appears at this point it's just, you know, everyone who has decided they want the vaccine has gotten it,” Branick said.

The state isn’t the only one switching things up.

Smith says they plan to hit the streets.

“We developed a vaccination strike team. And this team is made up of a few nurses and we will actually go into the home,” she says.

They'll start taking calls for appointments on Monday, May 10 and will began vaccinations at the end of May.

That means the vaccines could come to you so, if you're interested, call 844-90-Texas and select option three.