Southeast Texas leaders said the winter storm was a setback in COVID-19 vaccination efforts. Now, they have to make up all the cancelled appointments. 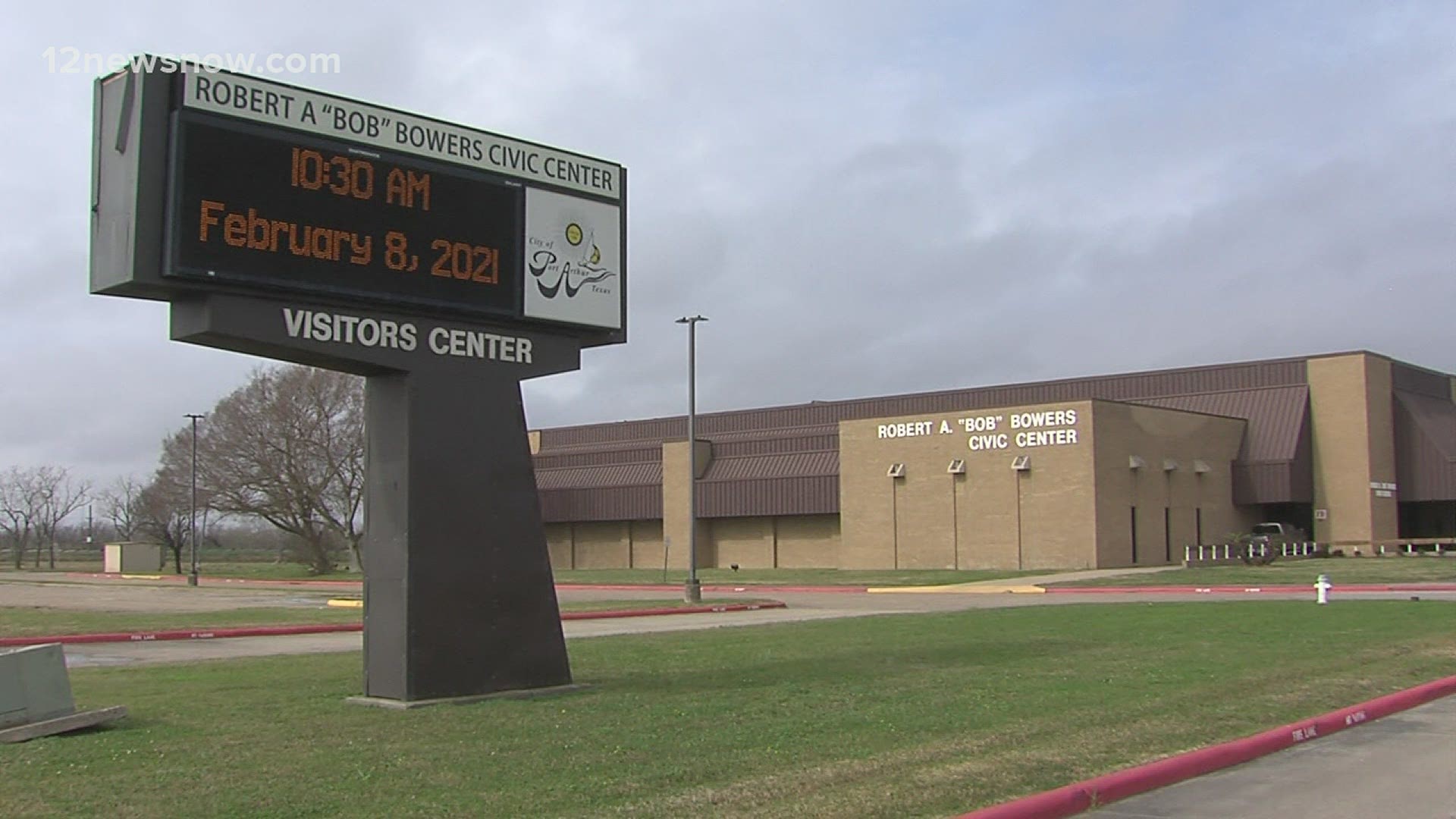 BEAUMONT, Texas — Texas is falling behind on vaccination efforts after the winter storm, but how is Southeast Texas doing?

Southeast Texas health leaders said the winter storm was a setback since now all of the cancelled appointments have to be made up.

Port Arthur in particular fell behind over the last week in meeting their vaccination goals after vaccination hubs like the Beaumont Public Health Department had to close its doors for several days during the storm.

Now the Port Arthur Public Health Department is working to make up the missed days.

"We didn't get to work Monday and Tuesday," Port Arthur Health Director Judith Smith said. "I mean, it did push us back a little bit, more so for first doses, because you know the goal is to try to do 500 a day."

Bob Bowers Civic Center in Port Arthur, along with many other mass vaccination hubs, were forced to close their doors.

"Our phones were ringing, because people were concerned about not being able to get the second one," she said.

"Once we were able to get ice cleared from the sidewalks, we came in and did the work," she said. "We were able to see close to 700 individuals."

Last Wednesday marked a big jump since Port Arthur's hub had been averaging 500 people per day.

Port Arthur is continuing to focus on administering the vaccines they have available currently.

"We are doing second doses of Moderna and Pfizer," she said. "But we're only doing the first doses of the Moderna."

It's important to keep in mind that the rules have not changed. People who want a vaccine cannot just show up, they still need to have an appointment.

"We want to be able to eventually open this up to anyone, no matter what age they are," Smith said.

That is the goal for the future, she said, but for now, the focus is still on those who are eligible.

"We're still seeing quite a few people that fall into that 65 and older category, and adults with underlying health conditions," she said.

Anyone who has had their first dose and is due for their second dose can show up between 9 a.m. and 5 p.m. at the Civic Center on the date designated on their COVID-19 vaccination card.