Vice President-elect Kamala Harris and her husband received the first dose of the Moderna COVID-19 vaccine about a week after Joe Biden. 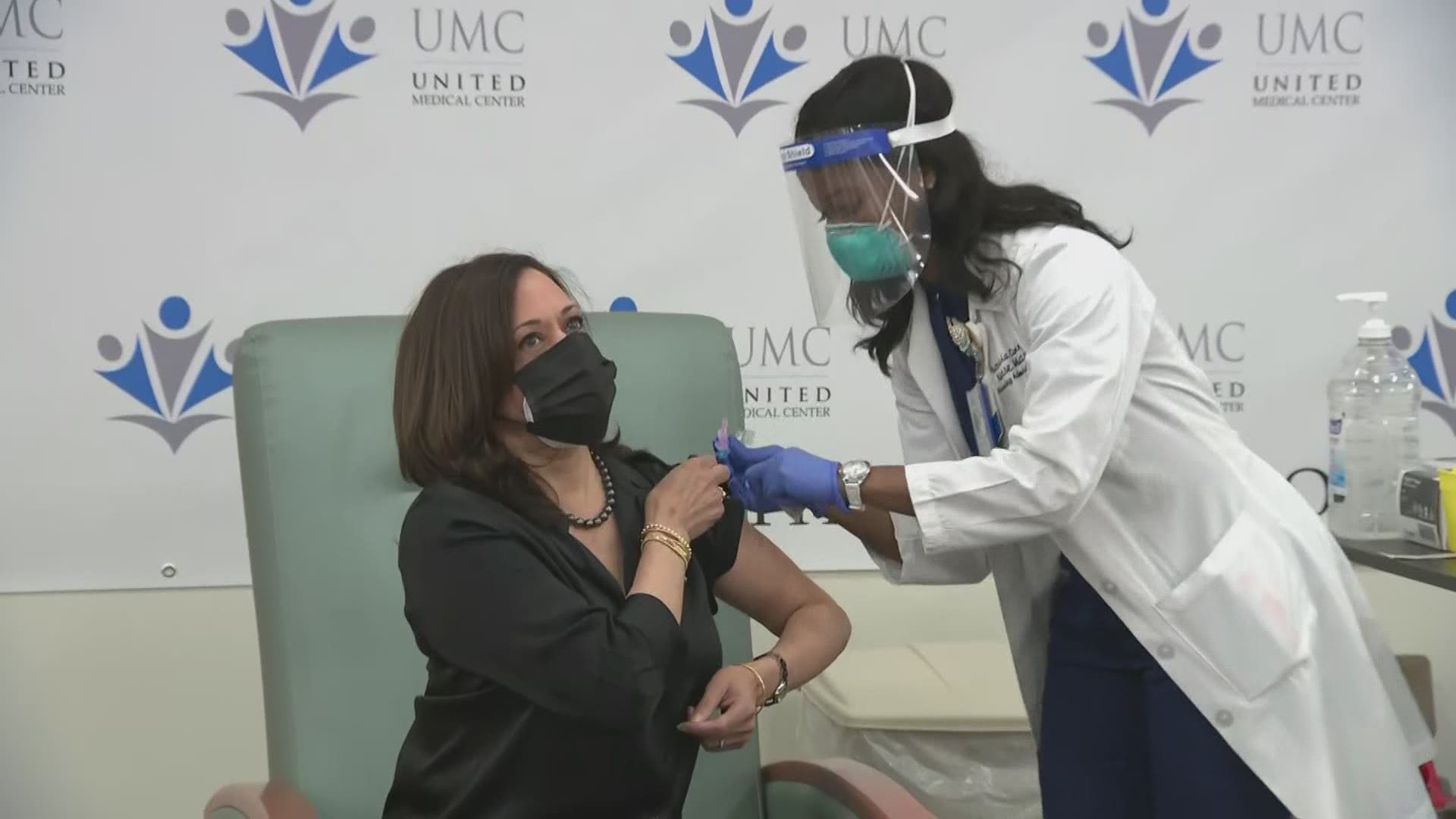 They both received the first dose of the Moderna Inc, vaccine at the United Medical Center in southeast Washington.

Harris' vaccination came a little over a week after President-elect Joe Biden received his first coronavirus vaccination on live television. He received a dose of the Pfizer vaccine at a hospital not far from his Delaware home, hours after his wife, Jill Biden, did the same.

RELATED: Will COVID-19 vaccines work on the new coronavirus variant?

Today I got the COVID-19 vaccine. I am incredibly grateful to our frontline health care workers, scientists, and researchers who made this moment possible.

When you’re able to take the vaccine, get it. This is about saving lives. pic.twitter.com/T5G14LtFJs

The Bidens' injections came the same day that a second vaccine, produced by Moderna, started arriving in U.S. states. It joined Pfizer's in the nation's arsenal against the COVID-19 pandemic, which has now killed more than 335,000 people in the United States and upended life around the globe, according to a tally from Johns Hopkins University.

Other top government officials were part of the first wave of Americans to be inoculated against COVID-19 as part of the largest vaccination campaign in the nation's history.

Vice President Mike Pence, House Speaker Nancy Pelosi, D-Calif., Senate Majority Leader Mitch McConnell, R-Ky., and other lawmakers were given doses on Dec. 18. They chose to publicize their injections as part of a campaign to convince Americans that the vaccines are safe and effective amid skepticism, especially among Republicans.

RELATED: Will COVID-19 vaccines work on the new coronavirus variant?

RELATED: Novavax's COVID-19 vaccine to be studied in the US

President Donald Trump has not said when he intends to get the shot. He tweeted earlier this month that he was “not scheduled” to take it, but said he looked “forward to doing so at the appropriate time.”