The state says being behind is not an issue as the rest of the state is also about six days behind in delayed shipments. 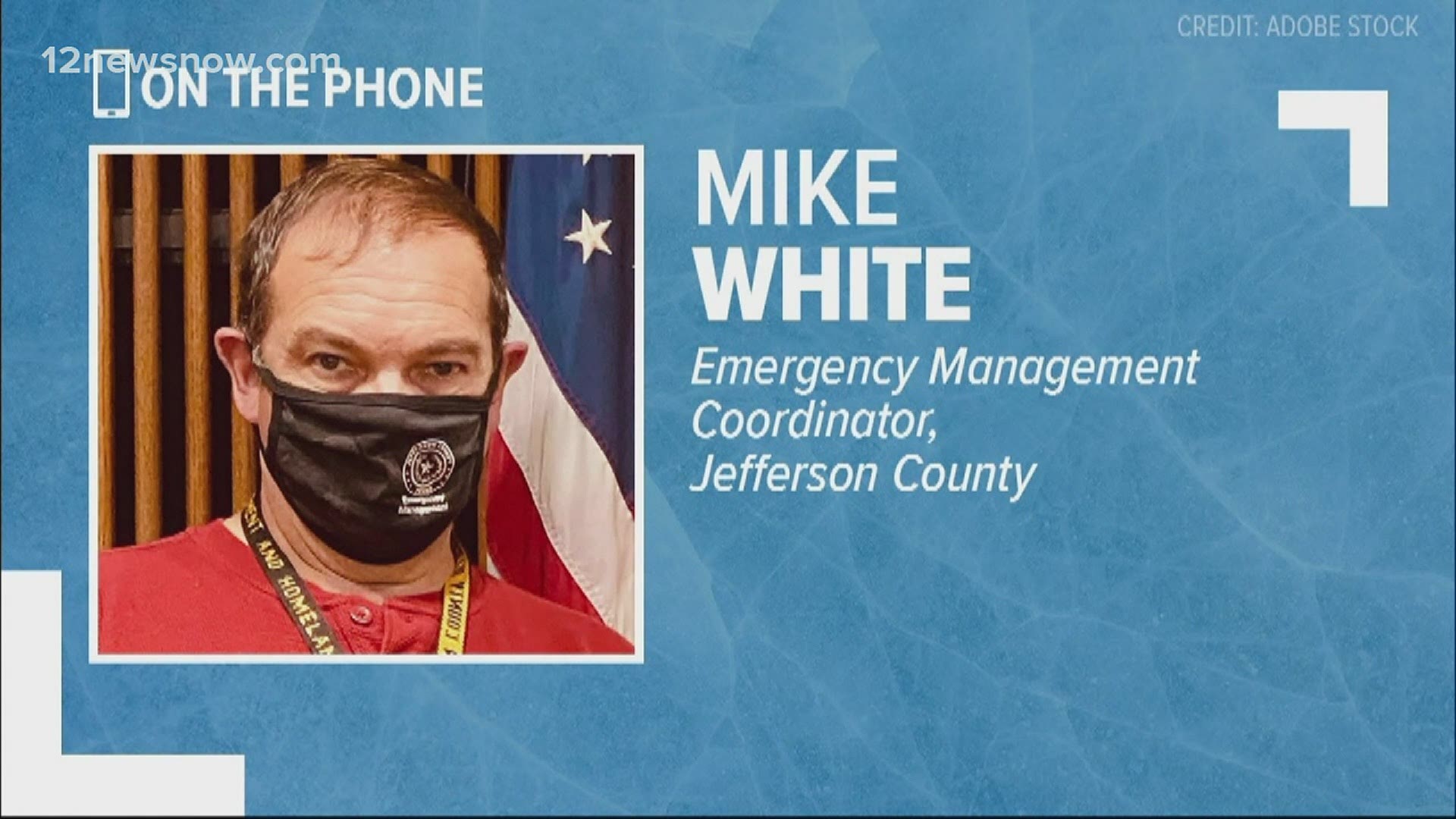 BEAUMONT, Texas — A mid-February ice storm directly impacted travel for Texans across the state as many roads were iced over and some closed. The storm also affected vaccine distribution efforts, setting the state's vaccine deliveries behind by nearly a week.

Emergency Management Coordinator Mike White spoke with Jefferson County Commissioners on Tuesday about vaccine distributions efforts and why the delivery of some doses have been delayed.

Jefferson County is expecting to receive its third allocation of 11,000 vaccines on Tuesday, which will bring the total number of vaccines available to 33,000 doses, according to White.

The county has only given out 17,028 doses of the vaccine since setting up a hub. White says the county is behind by about 5,000 doses due to the ice storm.

“A couple of jurisdictions that were doing vaccines were able to do 100 here and 100 there, but for the most part, we are six days behind," White said.

The state says being this far behind is not an issue as the rest of the state is also about six days behind, according to White. Due to widespread delays in vaccine distribution, the state may assist with Southeast Texas vaccination efforts.

“We have the option to request Texas military forces to come in, and I’ve already spoke to those jurisdictions, and if that’s what they need, then we can put in a request to the state for that assistance,” White said.