Crystal Gutierrez tested positive for COVID-19 on June 26. Since then, she's had a C-section and was given a 30% chance of survival. 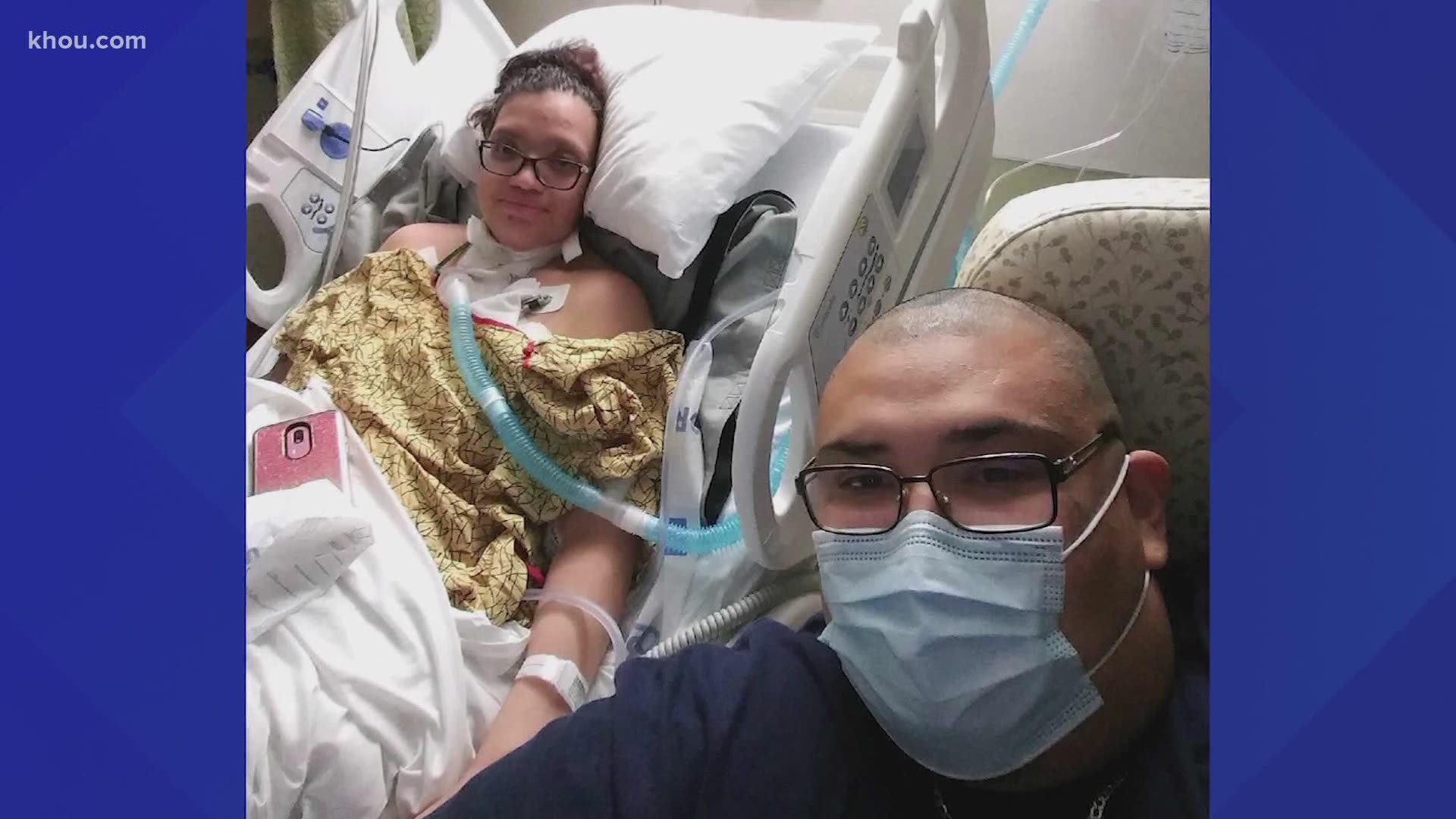 RELATED: Texas will track who gets a COVID-19 vaccine

On June 26, they got the diagnosis everyone dreads: COVID-19 positive. Crystal Gutierrez was 36 weeks pregnant.

Doctors decided to do an emergency Caesarian section.

Doctors monitored the baby, Matthew, in the NICU, testing him for coronavirus every 48 hours. Rafael Gutierrez met Matthew, his fourth son, over a video call. Eventually, Matthew was virus-free, but Crystal was getting worse and needed to be intubated.

Her husband talked to her on a video call moments before the procedure.

"'Babe, I can't fight this no more,'" Rafael remembers Crystal saying. "I just fell in my mom’s lap and I cried and I said, this is not fair. She doesn’t deserve this.”

Crystal was in the ICU for two months, hooked up to an ECMO (Extracorporeal membrane oxygenation) machine, typically used on babies by using a pump to circulate blood through an artificial lung back into the bloodstream. She got worse and stopped responding for days on end. Doctors said she was drowning in her own phlegm, and that she had no more than a 30% chance to live.

"My heart dropped when the doctors asked us to call a pastor," Rafael said. "I instantly wanted to trade places. 'God please, just don't take my wife from me.'"

“We have 3 good steps forward and 10 steps backward.” Rafael says doctors told him his wife could be out of the hospital by the day before Thanksgiving. He’s keeping his fingers crossed. @KHOU #khou11 #COVID19 pic.twitter.com/H23w86J0YY

Nurses suggested Rafael sing songs to her over the phone, or show her pictures of her family to stimulate her. One day, Crystal smiled. It was a sign of hope. Then, a few weeks later, there was another sign during a video call.

"I'll talk to you later, just know I love you," Rafael said to his wife. "I was just about to hang up and she screams out of nowhere, 'I love you!' I was like, 'what? Did I hear this? Did I really hear this?' The nurse is like. 'You heard it. I promise you heard it.'"

Since then, Crystal has started to slowly recover. Rafael said she has been able to have Matthew sit on her lap only a handful of times.

All this time, Rafael has been trying to provide for his four boys. He was asked to quarantine after his positive COVID-19 test and received COVID pay for two months, until, he said, that money ran out. He tried applying for unemployment but said he hasn't received it.

The stress has left Rafael crying at the dinner table in front of his boys.

“We take three good steps forward and 10 steps back," he said of Crystal's recovery.

Finally, on Wednesday, Crystal took 10 steps in the right direction, literally, for the first time in five months.

Doctors told Rafael that Crystal could be discharged as soon as next week, the day before Thanksgiving.

“I cried. I cried. As much I want to think that it’s going to all be over soon. We have a journey ahead of us," he said. “To be able to push my wife in and let her go through our doors – it’s going to be one of the biggest blessings we have.”

A family friend set up a GoFundMe for the Gutierrez family in hopes of helping them meet their monthly costs. You can find that link here.